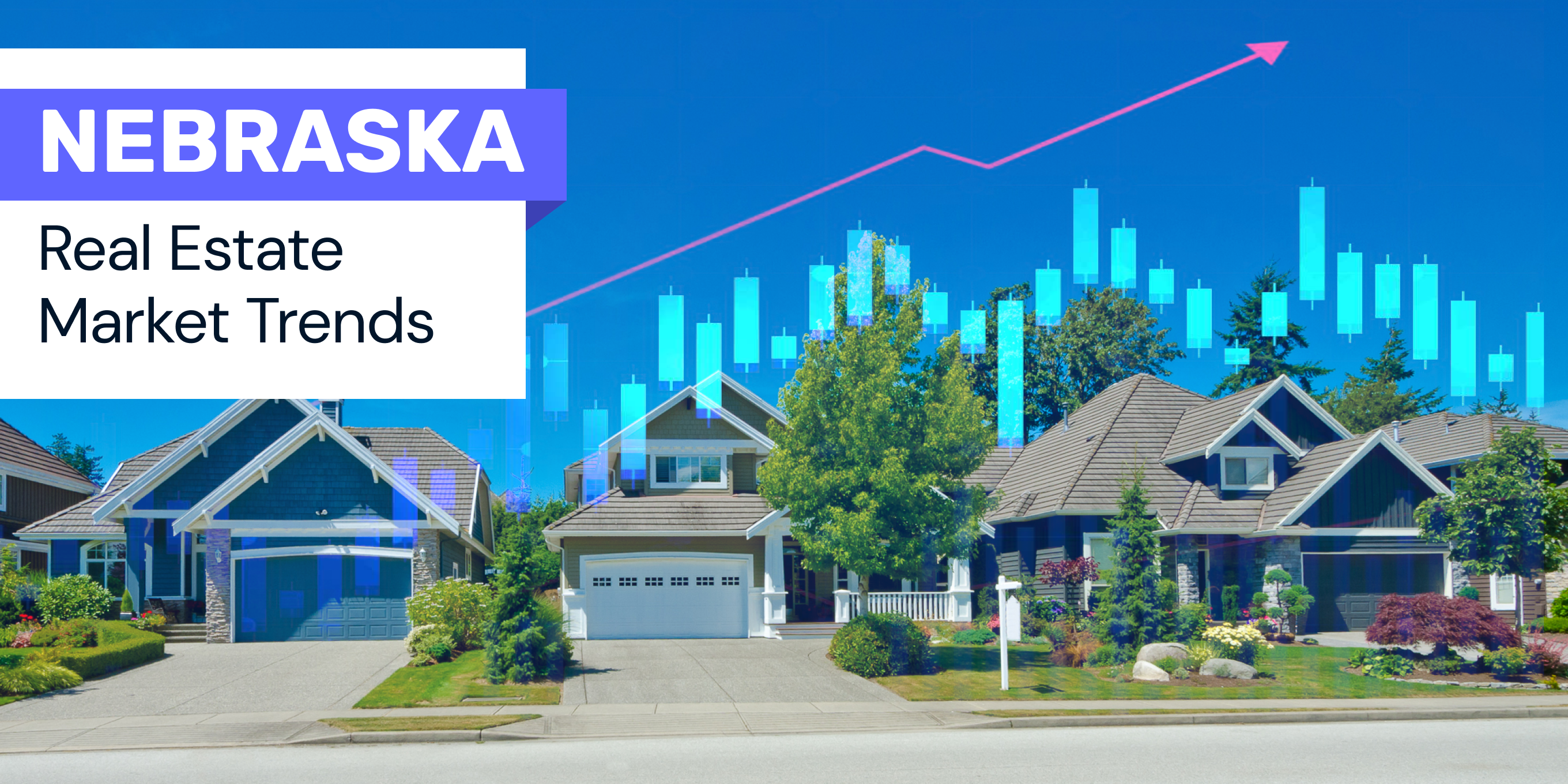 In recent years, Nebraska has become a major destination for job-seekers. Its biggest industries include agriculture and food processing, manufacturing, and renewable energy, among others.

The Cornhusker State offers plenty of small towns, including Red Cloud, which was once home to novelist Willa Cather. For those who prefer urban living, its biggest cities include Omaha, Lincoln, and Bellevue.

Though much of Nebraska falls within the Great Plains region, its geography ranges from rolling sand dunes in the west to the rocky, dramatic Badlands in the north. Residents experience a full range of seasons, from hot, humid summers to snowy winters.

If you're thinking of buying or selling in Nebraska, these Nebraska housing predictions and stats can help you make an informed decision.

Want to save money when you buy or sell your home? With Clever, you'll only pay 1% or $3K in listing fees. Eligible buyers get 0.5% cash back after closing. Find out how much you can save with Clever today!

Selling a home in Nebraska

How to sell a home in Nebraska

Cost to sell a home in Nebraska

Buying a home in Nebraska

Each month, we compare cities in Nebraska based on different criteria. This month, we're looking at affordability and ranking the best cities in the state.

Ready to buy a home in Nebraska? Eligible buyers get cash back with Clever!

Each month, we compare cities in Nebraska based on a different criteria. This month we're looking at affordability data. These are the cities that ranked the worst in the state.

Clever's analysis of state market trends is based on local data from Zillow, realtor.com, Redfin, S&P Global, the U.S. Census, and Clever surveys. Our team of over 20 real estate analysts from across the country research local markets and data to compile our "Best" and "Worst" rankings.