Nebraska is seeing strong economic growth and a climbing real estate market. Growth is not limited to Omaha, its largest city, and Lincoln, the state capital, either. Opportunities abound for all types of investors across the state. 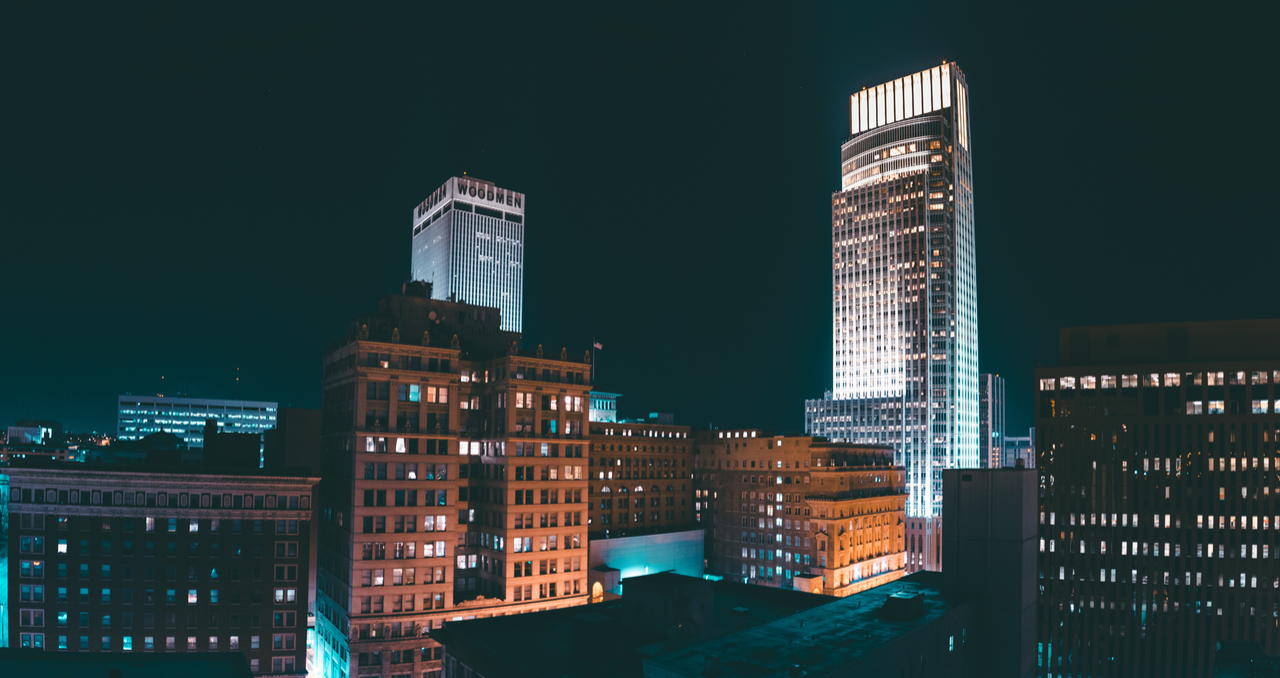 Investors looking for opportunity in the Midwest should consider several growing markets in Nebraska. Yes, Nebraska is a mostly rural state, but it has opportunities of all types for those willing to do a little work.

Overall, the housing market in Nebraska ticked up 7.2% in 2018 and is expected to rise 4.4% over the next year. While still growing, this moderation could signal a maturing market, which is starting to emerge nationwide. However, local markets in Nebraska can differ quite drastically.

Listing prices will continue to climb and currently sit at a state-wide average of $205,000 and typically remain on the market for about 75 days. Places like Lincoln, the state capital, list around $260,000 and in rural communities like Scottsbluff, listings are a more attainable $156,000 on average.

All of these communities have investment opportunities of some type, but the following five markets offer the best opportunities for investors right now in Nebraska.

Despite having a median listing price of $259,000, sales in Lincoln are actually more affordable with $185,000 being the median sale prices. What this represents is a lot of diversity in the market, which makes sense given all the great things Lincoln has going for it.

The state capital will always be a focal point of state politics and state industry. Government will always bring major industries to Lincoln, and coupled with the over 25,000 students attending the University of Nebraska, sustained economic growth is predicted.

Lincoln's population has grown over the last decade, and education attainment for secondary and post-secondary schooling exceeds the national average. Median household income exceeds $60,000 and unemployment has fallen to 2.5% in the last year.

Whether you are looking to invest in upper tier neighborhoods with good schools, multiple rental properties for students, or are bargain searching in neighborhoods on the verge of redevelopment, you will have plenty of opportunities in Lincoln.

Anyone looking to invest in growing communities outside of Nebraska's largest metropolitan centers should consider Kearney. Homes here are listed at an average of $225,000 and grew 5.5% over the past year. Values are expected to go up another 3.7% in 2019.

The unemployment rate is below the national average, and job growth surpassed the national average over the last year. This should only increase in the future as Kearney was designated an opportunity zone under 2017 tax reform law, and thus businesses growing or relocating here will qualify for tax incentives.

Household income exceeds $51,000, and rent in Kearney is below the Nebraska average. However, because of the strong schools, single family homes keep the cost of living here a bit higher than most rural communities in Nebraska.

Kearney is also a paradise for nature lovers and those who enjoy the outdoors. It is well-known for being a sanctuary for migrating Sandhill Cranes; creating quite a spectacle in late winter and early spring.

This city of 50,000 has seen growth of 5% over the past year, and expects to see similar growth in 2019. Making Grand Island unique is its focus on the historical culture of prairie life and westward expansion in Nebraska.

Grand Island is home to the Stuhr Museum of the Prairie Pioneer and has recently remodeled historical Burlington Station, which celebrates railroad coming to the west. Grand Island is also a popular destination as nearby residents flock to the large Island Oasis Water Park in the summer months.

The median household income of $47,000 and average home value of $160,000 further highlights the cost of living and affordability that can be found there. These factors, coupled with strong schools, make Grand Island a great community to invest in.

Like most major metros, Omaha is starting to see some moderation in home prices, but value is still easy to find in properties at the mid to lower end of the market. One neighborhood that is hot, however, is the Blackstone District.

The Blackstone District has seen a number of mixed-use development pop up over the last few years, and properties in or near there are continuing to climb. The neighborhood has become known for trendy restaurants and as a destination for young professionals and millennials relocating to Omaha.

The Dundee neighborhood is historic and full of many old homes. Located west of downtown, Dundee is known to be tree lined, have great schools, and have many public spaces. Memorial Park is located on the edge of the neighborhood and has a world-class rose garden, free concerts, and is host to many youth sports leagues.

Homes in this neighborhood range from $200,000 up to almost $1 million depending on their size, specific street, and how well maintained they are. Suffice it so say, anything near this neighborhood will command value, and when properly fixed up can sell for top dollar.

Dundee also has many spots for foodies and families. More importantly, the greater Omaha economy is strong and often gets accolades for having a burgeoning tech and startup scene. Results from the regional chamber of commerce showing business expect further growth in 2019.

Because of all this growth, homes have seen rising property values and multi-family and rental properties have become much more desirable. Opportunities to take advantage of existing space can bring strong returns, as well as investment in older homes ripe to be renovated with modern design and amenities.

Investors should start by connecting with an experienced, local real estate agent who can advise you on local market conditions and potential investment opportunities. Clever partners with agents from all major real estate brands and brokerages (e.g., Keller Williams, Century 21, RE/MAX, etc.), who are ready to help you find the perfect investment property for you.