If you’re thinking about making a big move to Detroit, you might be unsure of where exactly to start house hunting. Find out which area is right for you by reading through our list of the five best neighborhoods in Detroit. You may even discover the perfect Detroit spot to call home by the end of this read. 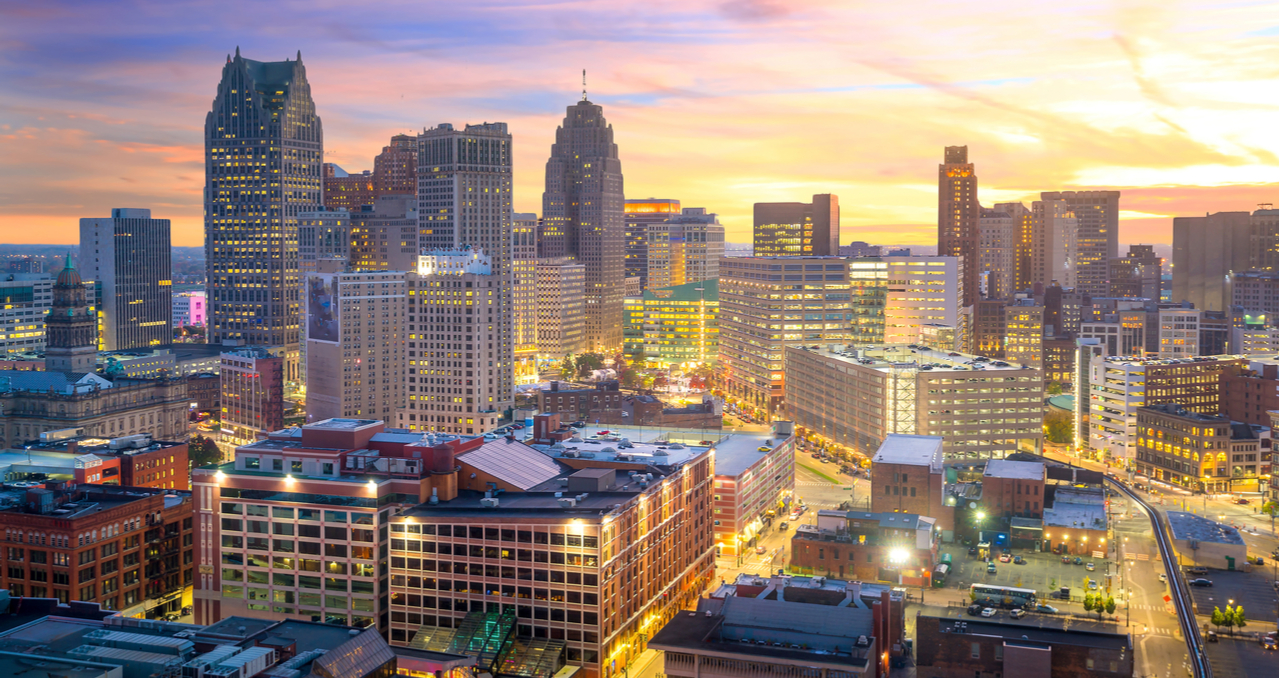 Trying to pinpoint the most optimal part of Detroit to begin house hunting in can get tricky. Known as the largest city in the midwestern state of Michigan, the city of Detroit is roughly 1,337 square miles and is the center of a three-county urban area.

So how do you know which neighborhood in this giant city is right for you? That’s where we come in. We’ve found the five best neighborhoods in all of Detroit; all you have to do is pull up a comfy chair, and read through each area’s highlights to find which best suits your needs and lifestyle preferences.

The western boundary of University District is Livernois Avenue: once known to Detroiters as "the Avenue of Fashion," this commercial boulevard of small shops is becoming “Gallery Row,” home to a growing collection of art galleries and art-related businesses.

In University District, there are a lot of parks, and many young professionals and retirees live in this Detroit neighborhood.

As another great perk to living here, this Detroit neighborhood has a very low crime rate, when compared to the rest of Wayne County.

Sherwood Forest is another great neighborhood in Detroit, Michigan to reside in. Sherwood Forest is in Wayne County with a population of 2,054, and is considered to be one of the best places to live in Michigan.

Much like University District, living in Sherwood Forest offers residents an urban feel, and there are a lot of parks in the area. Many retirees choose to live in Sherwood Forest, as it offers a more quiet and relaxed lifestyles.

What stands out about the neighborhood are efforts by its residents to keep the locale safe and inclusive for everyone. When it comes to safety in Sherwood Forest, several programs are currently in place to improve and maintain the security of residents living here.

Sherwood Forest has a program called Home Monitors. This program is made up of safety-oriented volunteers and neighbors in the area that watch vacant homes near their own, and attempt to prevent them from looking uninhabited — even if the homeowners are simply on vacation.

In the neighborhood of Green Acres, there are a lot of parks, and many young professionals and retirees choose to live here.

Not only is Green Acres a thriving residential neighborhood, but the surrounding business community on Livernois Avenue is also flourishing with restaurants and shops; be on the lookout for specialty boutiques with one of a kind, original pieces in this Detroit gem.

The median home value is $109,856. This tree-lined, historic neighborhood boasts one thousand homes, all of which have unique architecture.

All Green Acres homes are known to be different from one another. Some homes even date back to the 1940s, and are still in their original design with stained glass windows and natural fireplaces.

You’ll also find a strong sense of unity among the residents of Green Acres, with a lot of residents remaining active in the community. If you’re looking for a neighborhood with strong values and community pride, Green Acres may be perfect for you.

This neighborhood is located in about 11.25 square miles on the western border of Michigan’s largest city, Detroit. New, younger families are attracted to Redford's central location, which is a short drive from just about anywhere in the region.

Redford is home to 15 different parks, which are considered some of Redford's most valuable resources. Residents of the area can enjoy a splash park, ball diamonds, tot lots, walking paths and more — there is truly something for everyone in this area of Detroit.

If you enjoy spending your weekends with close friends in the comfort of your own neighborhood, you’ll never be short of things to do here.

Downtown is a neighborhood in Detroit, Michigan with a population of 6,475 in Wayne County. It is considered one of the best places to live in Michigan, and we can see why.

Living in Downtown offers residents an urban feel, between the abundance of local bars, restaurants, coffee shops, and parks. Casino resorts add an extra touch of excitement to the entertainment hub of the region.

In recent years, the downtown area has seen tremendous growth and redevelopment. Since the year 2000, a number of major construction projects have been completed, including the new Compuware Headquarters at Campus Martius Park and two new stadiums: Comerica Park and Ford Field.

Downtown Detroit is the central business district and a residential area of the city of Detroit.

Downtown contains much historic architecture and many of the prominent skyscrapers in Detroit, including the Renaissance Center, Penobscot Building, One Detroit Center, and the Guardian Building. Historic churches, theatres, and commercial buildings anchor the various downtown districts.

Clever can connect you with a top-rated local agent in Detroit for guidance and support throughout the entire home buying process. Let’s get started.