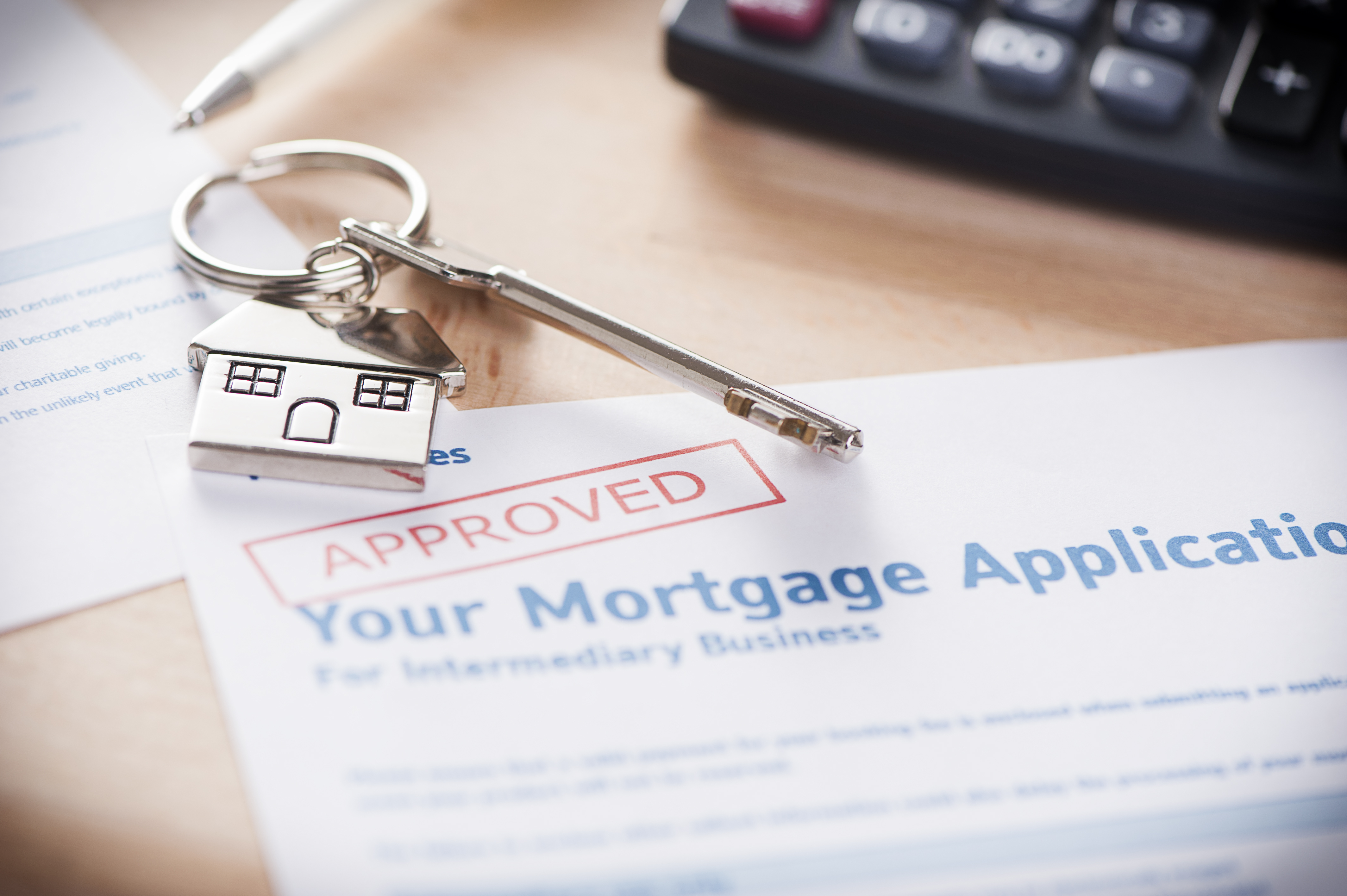 Americans are in debt, and a large chunk of that debt is allocated toward mortgages. After increasing for 21 quarters in a row, mortgage debt in the United States has reached an astonishing $15 trillion, according to the Federal Reserve.

With mortgage interest rates peaking near 5% in 2018, the U.S. saw the highest interest rates since 2011 last year. Individual lenders also tack on fees and other expenses that add to the overall cost of the mortgage.

Here’s what you need to know.

Your Rate and Fees Are Influenced by Where You Live

Mortgage rates are typically closely aligned with the Fed Fund rate set by the Federal Reserve each week. Historically the two have been highly correlated but the Fed doesn’t actually control interest rates, lenders do.

You read that correctly: some borrowers were subjected to rates 1.5x the national average, similar to those the U.S. experienced in the 1990s when rates were coming down from an all-time high in the ‘80s.

So what drives these wide variations in mortgage rates? It could be due to the local economy, foreclosure rates, and the presence of competition.

Foreclosures cost aren’t great for lenders. They cost a lot of money, time, and look bad, so lending institutions tend to bump up interest rates in areas where foreclosures are more common. According to ATTOM Data Solutions’ 2018 Year-End U.S. Foreclosure Market Report, Ohio homes were foreclosed at a rate of 0.63% — 1.3x that of the national average. Hawaii, on the other hand, had a foreclosure rate of 0.28% and much lower interest rates.

A high density of lenders can drive down interest rates to undercut the competition. But in places like West Virginia, where only 40 out of every 100,000 residents is a loan officer, competition doesn’t have as much influence, leading to inflated rates.

Interest rates dramatically impact the cost of owning a home. A new homeowner in Maine who purchased a $183,900 home in 2018 would end up paying nearly $290,000 just in interest during the life of a 30-year mortgage. The same loan in Hawaii would accrue $150,000 less interest.

The average Maine homebuyer, who earns $110,000 annually, could be spending 14% of their income on their mortgage payments each month. A lower mortgage rate, say closer to the national average of 5%, would drop that mortgage-to-income ratio to less than 10%.

The fees associated with a loan are those charged by the lender and typically cover costs related to underwriting, application processing, and document preparation. Much like interest rates, fees also vary widely by state. While the average borrower paid a little less than $2,000 (or 1% of the loan amount), Hawaiians paid 3.5x more on fees. South Carolinians and Pennsylvanians, on the other hand, paid less than $600 on average.

Earlier this month, the Washington Post reported that the “federal government has dramatically expanded its exposure to risky mortgages, as federal officials over the past four years took steps that cleared the way for companies to issues loans that many borrowers might not be able to repay.” Risky lending to Americans who already have a lot of debt could be seriously detrimental to the economy.

Breaking down exactly what goes into a specific lender’s decision to approve a loan is tricky, but most rely heavily on borrower debt.

An applicant’s debt-to-income (DTI) ratio — which is calculated by dividing monthly debt expenses like vehicle, credit card, and student loan payments by gross monthly income — is weighed heavily when it comes to lending. In fact, it’s the second-most commonly cited reason for application denial behind a poor credit history.

Some reports suggest that lenders won’t approve mortgages for people who spend more than 43% of their income on monthly payments. But that cutoff is hardly a steadfast rule; according to our data, 15% of mortgages went to people with DTI ratios above 43% in 2018.

Even more surprising was that high DTI ratios were related to higher mortgage payments and had the highest fees, which could lead to catastrophic circumstances for those borrowers who already have a lot of debt or who are taking on a huge mortgage payment.

Interestingly, whether lenders shied away from those high-risk applicants was dependent on where the home was located. Lenders were more likely to sign off on borrowers with higher DTI ratios in states where the cost of living is higher, like California (115) and Hawaii (118), and less likely to do so in states like Arkansas and West Virginia, where the cost of living is considerably more affordable (~15% below the national average).

Many people living in high-cost cities need to borrow more to sustain their lifestyle, and they’re able to do so more easily now due to a number of changes. Earlier this year, Fannie Mae bumped the allowed DTI to 50%, and the Federal Housing Finance Agency (FHFA) increased the loan maximum. Allowing more people to borrow large amounts has obvious potential to negatively impact the stability of the housing market, but there seems to be a trend toward risky lending across the board.

Freddie Mac reported that people in high-cost areas now have more “buying power”, meaning that more people can now afford those high mortgages. But considering states like California and Hawaii (where, by the way, the limit is $726,525) are more likely to approve high DTI borrowers, risks become greater.

If someone from Los Angeles borrows the maximum amount ($679,650) at the average California interest rate (4.79%), for example, they would have a mortgage payment of about $3,600 to $4,300 per month depending on their down payment and other fees. To keep that payment under the recommended 28% of their income, that borrower would need to earn at least $185,000 annually. We know that the median household income was only $61,000 in 2018, so most households would seriously struggle to be financially stable.

The CFPB documents all consumer complaints against financial institutions. We assessed complaints related to mortgages in each state in 2018 to identify relationships between mortgage characteristics and borrower complaints.

Borrowers submitted an average 2.4 complaints per 1000 mortgage applications in 2018. Borrowers were more likely to file complaints in states where people were approved for higher loans and had higher mortgage fees. Lenders received complaints from borrowers in D.C. and Virginia over 2.5x more often than average, both of which had higher-than-average fees ($5300 and $2500, respectively).

Those relationships are concerning as 35% of those complaints were because people were struggling to pay their mortgage, suggesting that people approved for higher loans may be overextending their finances.

The issues that can lead to delinquency and complaints may continue to increase as mortgage rates decline, which could increase the likelihood that people are able to borrow more than they can afford.

The absence of savings is a factor in determining someone’s creditworthiness, but people’s discretionary income is being overlooked in a surprising number of cases in states with the highest cost of living. This seems particularly haphazard when you consider that many Americans don’t have enough in savings to cover emergencies. In a survey on financial wellness conducted earlier this year, we found that over 30% of people don’t have any emergency funds, and only about 15% could sustain themselves for 5 or more months. So large financial events, like medical emergencies, job loss, or divorce, could bar many from keeping up with their mortgage payments.

In order to avoid spending the majority of one’s income on a mortgage payment, potential borrowers should do their homework and pay attention to the market. Interest rates fluctuate throughout the year, and often follow trends set by the Fed; so estimating changes in rates might be easier than some think.

Borrowers should also make sure they’re not giving lenders the power to determine how much they can afford — budgeting for an affordable home before knowing how much a lender will approve is a simple way to avoid overspending.

The HMDA reports all U.S. mortgage applications, demographic information about applicants, and characteristics of the property, loan (if originated), and lender from 2018. We aggregated the data by state to evaluate the average interest rates, number of loans, approval rating, debt-to-income ratios, and fees related to mortgages in each state.

All variables were averages across all applications in each state except debt-to-income ratios. To calculate DTI approvals, we dichotomized the DTI ratios into two categories: “high” DTI ratios (greater than 43%) and “low” DTI ratios (less than or equal to 43%). The frequency of each was calculated and divided by the number of approved loans in each state to provide a proportion of approved mortgages with borrowers who had high or low DTI ratios.

All relationships were assessed using linear regressions to identify whether variables were correlated. Access our complaints data here and mortgage data here.