Are you looking to move to Oklahoma City? Read on to find out which neighborhoods offer the best in culture, entertainment, and family living. 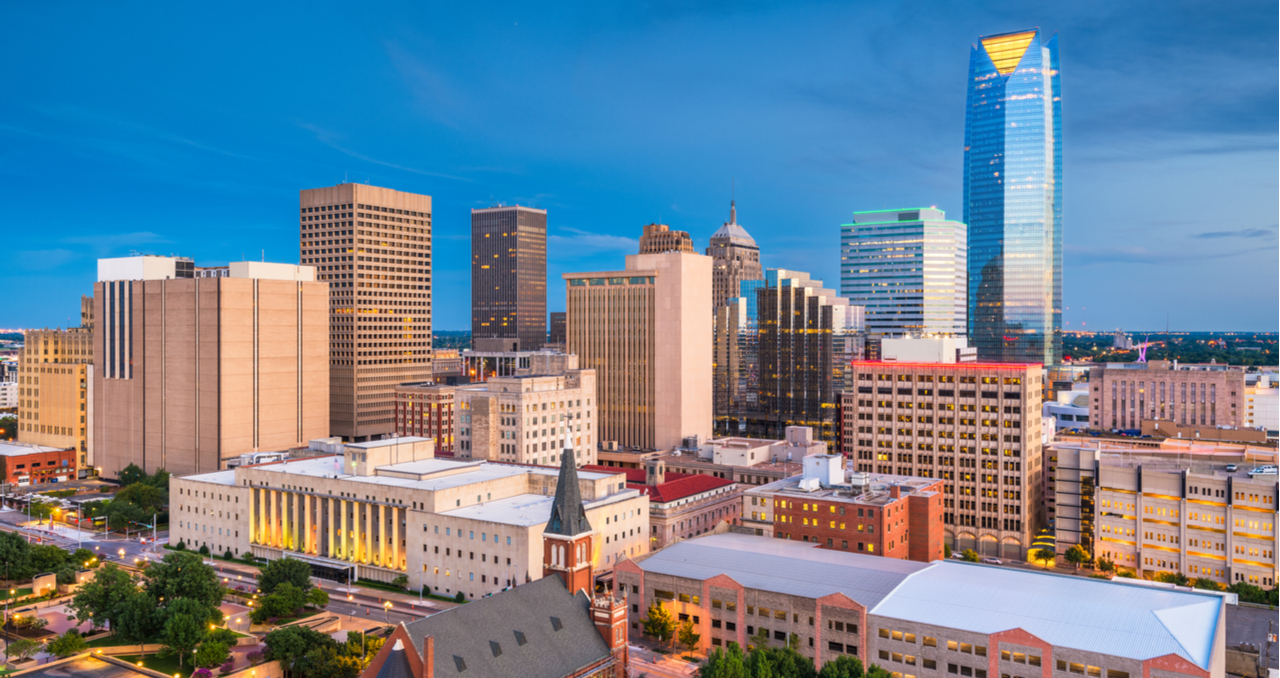 When it comes time to buy a home, it isn’t just a suitable property that you need to find. You also need to pick a neighborhood that meets your needs.

There are many different parts of Oklahoma City that provide a vibrant lifestyle. Here are the best neighborhoods to live in.

Work with a Clever Partner Agent who knows the local real estate market.

Bricktown is where you live if you want to be near all of the major entertainment destinations in Oklahoma City. This neighborhood, located to the east of the city’s downtown, is known as its main entertainment district.

There are all kinds of activities and events you can enjoy living in Bricktown. The Chickasaw Bricktown Ballpark hosts the Oklahoma City Dodgers and has a capacity of 9,000. The stadium also holds other sporting events such as the Oklahoma High School Baseball Series and the Bedlam Series.

The most unique thing about this neighborhood is the Bricktown Canal. This part of the city attracts both locals and tourists alike. You can take the Bricktown water taxi for a narrated cruise through this waterway.

Deep Deuce is located only a few blocks from Bricktown but it has a completely different character. Where Bricktown is the entertainment district, Deep Deuce is considered a historic neighborhood with plenty of buildings and structures that are a throwback to its roots in the early 1900s.

Jazz music thrived in Deep Deuce in the 1920s. Notable jazz artists like Count Basie, Jimmy Rushing, Ida Cox, and Gonzelle White contributed to the jazz scene in this part of Oklahoma City.

Today Deep Deuce has taken on a more urban outlook while maintaining some of its old school charm. It has turned into a destination for foodies in the city. The neighborhood stays true to its musical roots with the Deep Deuce Sessions, which are pop-up concerts held here once every month.

Crown Heights once used to be known as "Pill Hill" thanks to the large population of doctors and physicians that lived in the area. In 1995 Crown Heights was made part of the National Register of Historic Places.

Due to its reputation as a historical location, the Crown Heights Homeowner’s Association works hard to preserve the architecture and landscapes in the area. A lot of the homes are built in the Colonial Revival and Tudor Revival style. The layout of the streets reflects the topography of the gently rolling hills on which the neighborhood was developed.

Historic architecture and modern establishments stand side-by-side in Crown Heights. There is a growing nightlife scene in the neighborhood. The Sipango Lounge, Cock o’ the Walk Bar and Grill, and Crown Room are some of the popular destinations in Crown Heights.

Looking to buy a home in Oklahoma City? A licensed lender can help!

Plaza District rose to prominence in the 1920s as a commercial hub. This happened primarily due to it being situated at the culmination of a trolley line as well as the development that was going on in the adjoining neighborhoods.

Plaza District is now the place that you go to get a dose of Oklahoma City’s local flavor and cultural diversity. This part of the city has it all: retail stores, live venues, galleries, restaurants, studios, and more. Many of the businesses here are owned and run by young, local entrepreneurs.

One of the most popular events that Plaza District hosts is Live! on the Plaza, which is held every second Friday. Visitors are treated to live music, artists, and shopping stalls at this block party.

If sophistication and calm are what you’re looking for, then Nichols Hills is the Oklahoma City neighborhood for you. This peaceful suburb is spread out over 1,280 acres and has a population of just above 3,800.

There is plenty of greenery in Nichols Hills, both along the streets and in the parks. The Oklahoma City Golf & Country Club is located in this neighborhood. The club features one of the best golf courses in the state along with a state-of-the-art gym and aquatic center.

As a home buyer, there are probably a few different neighborhoods where you’re considering purchasing a home. It can be hard to weigh the benefits of each and pick one particular neighborhood in which to look for homes.

Working with a local real estate agent can help you understand how each part of the city fits your requirements. Your agent will also be able to tell you about how you can take advantage of seasonal trends in the prices of homes in your preferred neighborhood.