Oklahoma combines the charm of the South, the friendliness of the Midwest, and the rustic character of the Southwest. The capital is booming, and the rest of the state's positioned to follow suit. 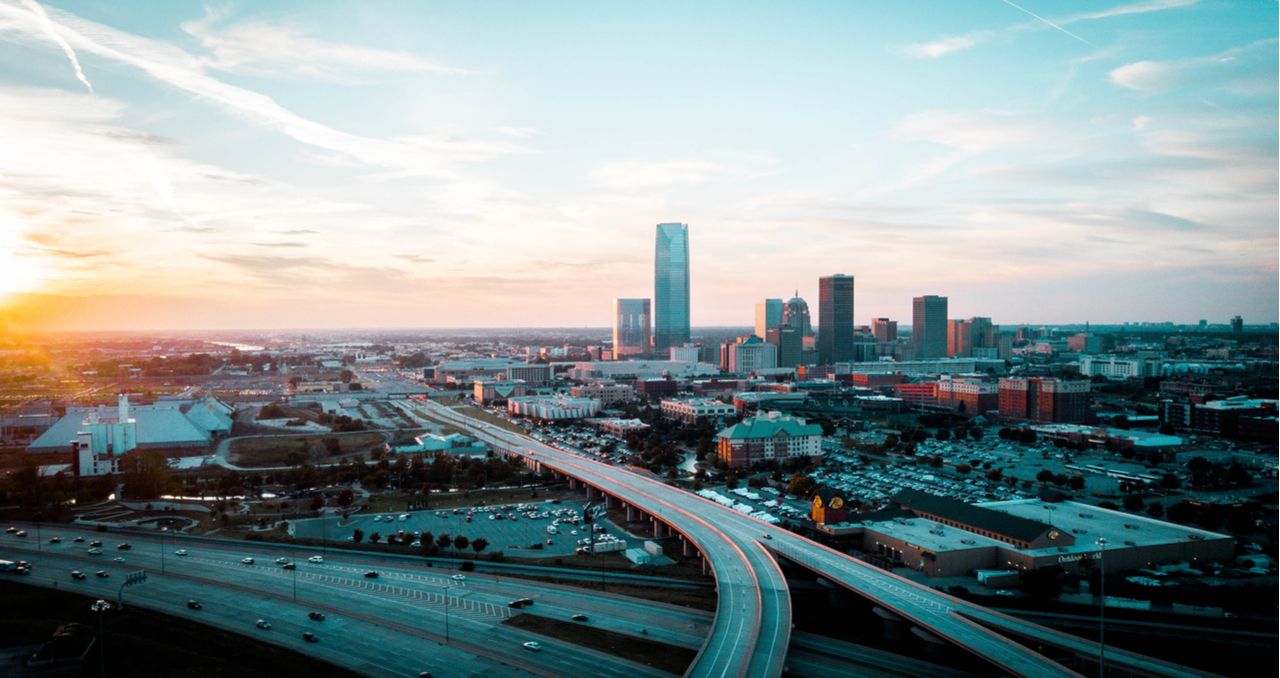 Is Oklahoma in the Midwest? Is it in the South? Is it in the Southwest? The answer to all those questions is: yes. Oklahoma combines the best quality of several regions of the country; it's got the hospitality and world-class BBQ you'd expect to find in the Deep South, the friendly faces and open manner you associate with the Midwest, and snakeskin boots and ten-gallon hats right out of the Southwest. (Just don't compare it to Texas, unless you enjoy getting dirty looks.)

Our Top Five Reasons to Move to Oklahoma

Oklahoma City (or just “the City” as it's called in the state) is experiencing such a boom that Forbes called it “recession-proof.” The city boasts an NBA franchise (The OKC Thunder), world-class dining, and a revitalized downtown on par with top-tier American cities. There's a reason one of the Thunder's top players spurned LA to re-sign in OKC.

The Friendliest People Around

Oklahomans are warm, generous, and community-minded. Church is a major social hub, total strangers say hello on the sidewalk, and if you pull over onto the side of the road with a flat tire, it won't be long before two or three people stop to offer help.

If you like sports, you'll like Oklahoma. The University of Oklahoma's football team, the Sooners, inspires unbridled passion in the state to the point that, on game days, the streets are eerily deserted.

Oklahomans are equally passionate about the Thunder; the team has one of the longest sellout streaks in the NBA.

The average Oklahoman's commute is only 21 minutes, which is less time than the time it takes to find a parking space in most American cities.

If you're a student of architecture or just someone who likes to look at nice-looking buildings, you might be shocked at how beautiful much of Oklahoma's architecture is. Thanks to an oil boom in the 1920s, many major buildings in Oklahoma — especially in Tulsa — were built in the Art Deco style that was popular in those days, and which has aged into one of the most aesthetically pleasing architecture styles ever.

The Quality of Life in Oklahoma

Life is good in Oklahoma. A dollar goes a long way here; the cost of living is significantly lower than the national average, as is the unemployment rate, and the median home price is $118,600, which is much lower than the national average. The state averages over 300 days of sunshine a year, and the average high temperature is a balmy 72 degrees.

Oklahoma City offers culture, diversity, and an entertainment district (Bricktown) on par with anything you'll find on the coasts, and the people — in both OKC and the rest of the state — are warm and welcoming.

The Economic Outlook for Oklahoma in 2019

Median household income, at $46,235, is slightly lower than the national average of $53,482. Much of the state's economic activity is concentrated in the industries of livestock — the state has the world's largest cattle market — and mining.

The exception to this is Oklahoma City, which is booming. Since the revitalization began in earnest about ten years ago, the state government has put over $5 billion into redevelopment, and younger residents have been pouring into the city, driving a downtown renewal and the emergence of several branded neighborhoods.

Despite this boom, housing costs are still low there, with median rents for all types of apartments significantly lower than the national average.

The Oklahoma Housing Market Forecast for 2019

The forecast for the Oklahoma housing market in 2019 is good! Though as of December 2018, the year-over-year average selling price had recorded a slight decrease of about 1%, the average number of days homes spent on the market also decreased.

The OKC market is a major driver of prosperity for Oklahoma as a whole. Oklahoma City's population is growing steadily at 1-2%, which keeps rents and property values ahead of inflation. There's a huge, growing pool of renters – a quarter of the city's population is under 18, there are five public universities within the city limits, and the median age in the city is in the mid-thirties.

Oklahoma is also a very landlord-friendly state, which has attracted many property investors. Considering that the city government has been extremely slow to issue permits for new construction, the local market seems set up for years of growth and stability.

If the rustic, booming Southwestern lifestyle sounds good to you – and why wouldn't it? - the next step is to figure out which city best fits your needs. Whether you're looking at a unit in an Art Deco building in downtown Tulsa, or a trendy loft in OKC's Bricktown, or trying to sort out your homeowner’s insurance, your best bet is to connect to an experienced local agent who can help you navigate the market.

Clever Partner Agents are located throughout Oklahoma, and all of them are top performers in their market. Contact one today to get your search started!