There are a number of cities in New Mexico that have a booming real estate market. Sales numbers have consistently increased despite inventory lagging behind demand. Read on to find out which cities are the most conducive for real estate investments. 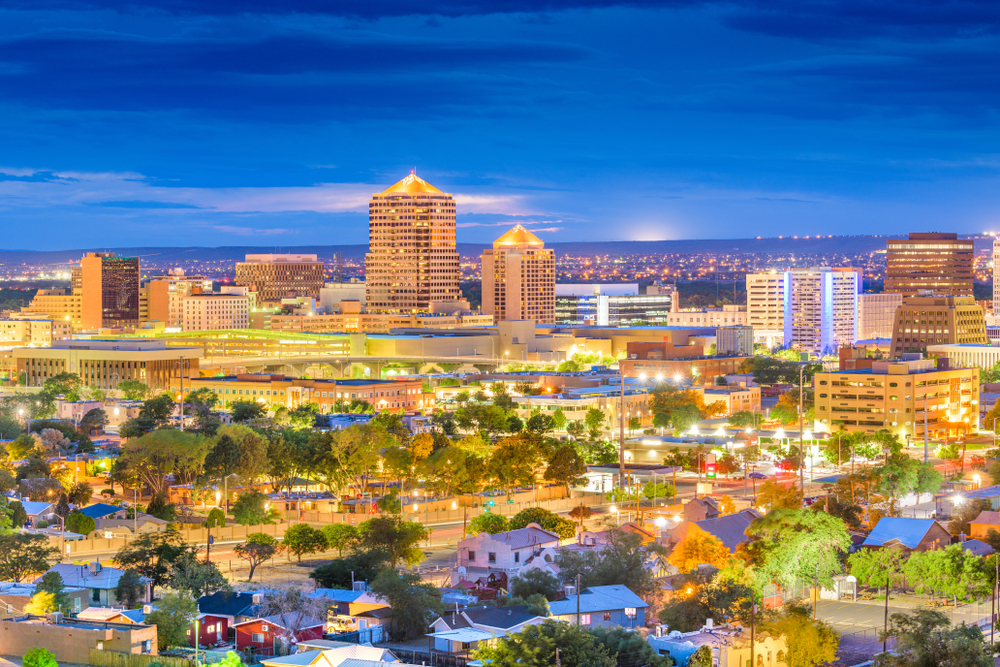 Clearly, this is a good time to be an investor in the New Mexico real estate market. Let’s look at which cities in the state hold the most promise for real estate investors.

When it comes to real estate investment markets in New Mexico, we have to start with Albuquerque. The city had a banner year in 2018, setting sales records in various housing categories.

The record-breaking sales prices can be attributed in part to the dwindling housing inventory in the city. The number of houses put up for sale reduced by 16.4% in 2018. New listings dropped by 4.1%. It’s clear that the demand for housing in the Albuquerque market is going to remain high for the foreseeable future.

Albuquerque’s strong economic prospects are another reason why real estate investors rank the city highly. It hosts the offices of companies like Intel, Honeywell, General Mills, and Thomas & Betts. Netflix announced last year that it would open a production hub in the city and invest $1 billion in productions out of there over the next decade.

Albuquerque also benefits from the many educational institutions in the city, including the University of New Mexico and Carrington College.

Looking to invest in real estate? You need a realtor who specializes in investment properties.

The first step in your real estate investing journey is to find a top local realtor with experience helping real estate investors find great deals. The right agent can help you find the best property for your goals and budget — and craft a winning offer so you can stop looking at houses on Zillow and start building wealth.

If you need help finding a realtor who specializes in investment properties, Clever Real Estate can match you with an experienced local agent so you can find the right property and get a great deal. You can also earn cash back when you close on your purchase!

Requesting agent matches is free, and there's no obligation. Just fill out the form below to get agent recommendations sent straight to your inbox!

The upturn in home sales in Los Alamos can be traced back to a single company and its hiring numbers. Experts in the area have identified the Los Alamos National Laboratory as a catalyst for the growth in the city’s housing market.

Los Alamos National Laboratory increased its hiring rate in 2018. Consequently, the number of houses being bought in the area increased significantly. Twice as many units sold in Los Alamos in 2018 compared to the previous year.

Inventory hasn’t managed to keep pace with the demand for housing in the area. That’s partly because the Los Alamos National Laboratory and similar companies bring thousands of new people to the city as employees while those retiring stick around. The demand for houses has gone up as a result.

Santa Fe, like so many other New Mexico market, has been busy breaking records in the last few months.

There is a lot to like about Santa Fe for those considering moving there. The city is a tourism hub and blends aspects of Spanish, Native American, and Hispanic culture. It also boasts incredible natural beauty thanks to its location among the Sangre de Cristo mountains.

Rio Rancho was named by Money.com as one of the best places to live in 2018. That’s something that should pique the interest of real estate investors in New Mexico.

The city lies to the west of the Rio Grande and is flanked by the beautiful Sandia Mountains. It is well-liked by families for the quality of schools and generally safe environment. Rio Rancho’s economy is driven by the presence of large companies like Intel and Hewlett Packard.

The median price of a Rio Rancho home is $193,600, which is below the state median. That number is projected to increase by 4.2% in the coming year.

With all of those factors at play, Rio Rancho has turned into an attractive New Mexico market for home buyers. This is especially true since there has been a growing shortage of housing in nearby Albuquerque.

Sellers and investors in Las Cruces enjoyed a great run in 2018. In fact, 2018 is the third best year on record for home sales in the city according to the Las Cruces Association of Realtors.

Real estate agents in Las Cruces sold 2,105 housing units last year, getting quite close to the best ever total of 2,303 from 2006. A majority of those sales came in the form of single-family homes; 1,966 such housing units sold in total.

The median value for a house in Las Cruces in 2019 is $174,500. The affordability of housing in the city is part of what has spurred the growth in sales.

Las Cruces is the second most populated city in the state of New Mexico. The city attracts new residents thanks to the presence of companies like Virgin Galactic and educational institutions like New Mexico State University.

Those considering investing in real estate in New Mexico should do so with the help of an experienced real estate agent. Clever can help by connecting you to a top realtor in your city. Our agents guide buyers on the investment potential of properties and help negotiate the best prices for them.