Learn about five popular neighborhoods in Raleigh, North Carolina. Then find a buyer’s agent to help you with your home search, whether you are purchasing a home that costs millions or a more modest family home. 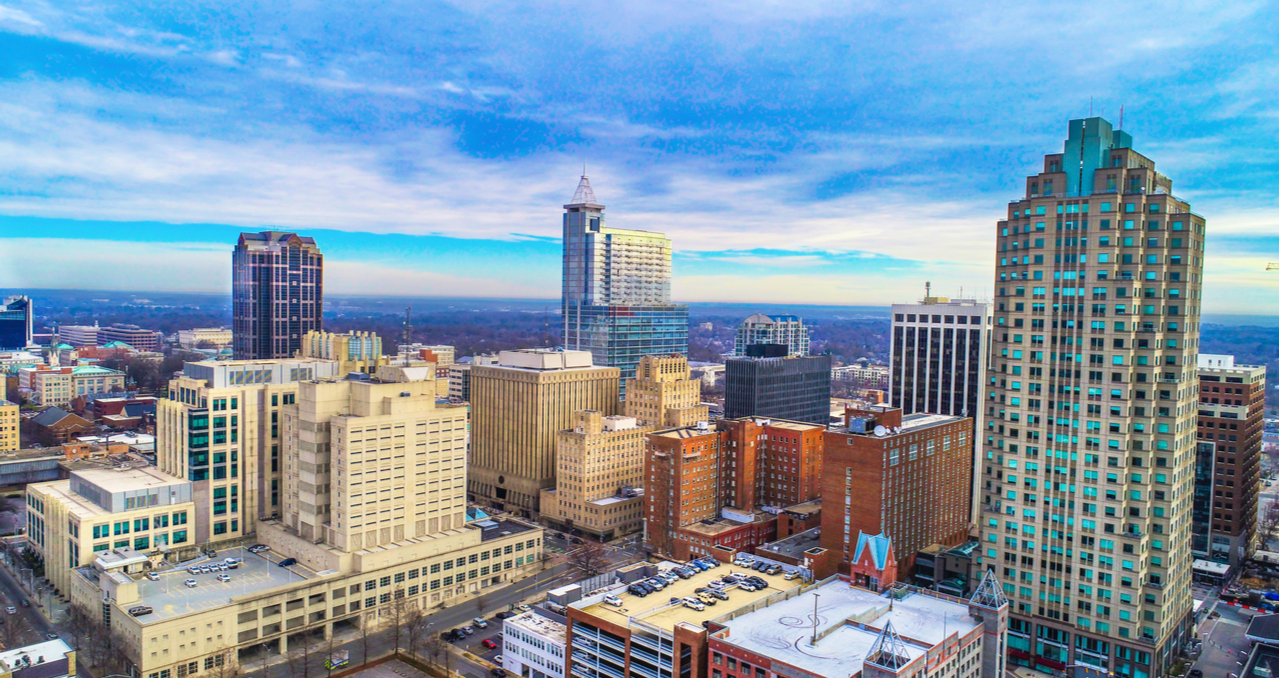 People are flocking to Raleigh. Between 2010 and 2017, Raleigh’s population grew 17.4 percent. USA Today ranked Raleigh as the ninth fastest-growing city in the U.S.

Why are people moving to Raleigh?

Maybe it’s the coolness factor. Raleigh is a trendy city with top-notch restaurants, lots of live music, and craft beer. There are also plenty of dog parks.

Perhaps people are moving to Raleigh because of the weather. Residents experience all four seasons, and even though it occasionally snows, Raleigh doesn’t get the bitter cold that many of the people living farther north experience.

Are you moving to Raleigh because you want to have smarter neighbors? That’s a valid reason to move. Raleigh was ranked as the second-most educated city by Forbes magazine. It’s no wonder. Raleigh is a stone’s throw from North Carolina State University, Duke University, and the University of North Carolina. Are you really moving to North Carolina for the good colleges or the exciting college basketball? Be honest!

Find the right neighborhood with a Clever Partner Agent.

Raleigh residents enjoy a healthy lifestyle. The weather is good, the restaurants are trendy, and there are lots of outdoor recreation options available. Moving to Raleigh is probably the right decision, but in what neighborhood should you look for homes?

What are the best neighborhoods in Raleigh? That depends on a variety of factors, including your lifestyle, age, and income. Here are five different areas that may appeal to you as you look for a new home.

With a population of almost 160,000, Cary is a large suburb of Raleigh. This safe, family-friendly community enjoys excellent public schools. There are plenty of mom and pop shops, excellent restaurants, and the suburb is conveniently located near an international airport.

The average home price is $372,700, and even though home prices are rather high compared with other areas of the state, people are flocking to Cary. Original residents complain about how the influx of new people has increased traffic within the city.

In general, the real estate in Apex is a little less expensive than the homes in Cary. The median home value is around $350,400, and most inhabitants own their own homes. This safe community has a median household income of over $100,000.

This fast-growing community currently has a diverse population of almost 46,000.

Current residents talk about the friendliness of the community. There is a local farmer’s market and many fine restaurants.

Most residents own their own homes in Wake Forest. There are plenty of parks, and the public schools are highly rated. Most of the residents of Wake Forest attended college.

Even though the area is growing, you will have many parks, nature preserves, and recreation areas to explore near Wake Forest.

Like other suburban communities around Raleigh, there are lots of restaurants and microbreweries to visit after spending the day out in nature. The average home in Wake Forest costs $313,400.

And the prize for the suburb of Raleigh with the most unique name goes to . . .

The residents of Fuquay Varina love their small-town suburban life. This safe community has a population of around 25,000, but like the other suburbs surrounding Raleigh, they are growing. They have good public schools, and the town is located 25 minutes south of Raleigh. The average home in Fuquay Varina costs $251,900.

As you can see, many suburbs around Raleigh are family-friendly and safe. How do you pick the best area for your lifestyle?

Spend some time driving through the Raleigh neighborhoods. Visit parks and talk with locals. If you have children, (or plan to someday), look at the ratings of the schools. This will give you a chance to get a feel for every area.

One of the best ways to become familiar with different neighborhoods is to talk with a top-notch buyer’s agent. An excellent real estate agent will be able to ask you about your lifestyle, habits, and income and suggest an area that you will feel comfortable calling “home.”

Your agent will also tell you the best time to buy a house in North Carolina.

Connect with a Clever Partner Agent working in the Raleigh area, and you could see if you qualify for Clever Cash Back when you close on the sale of your dream home.