Nashville is one of the most vibrant cities in the South, with a booming economy and a tourism industry to rival Florida or California. These are the best five neighborhoods in Music City in 2019. 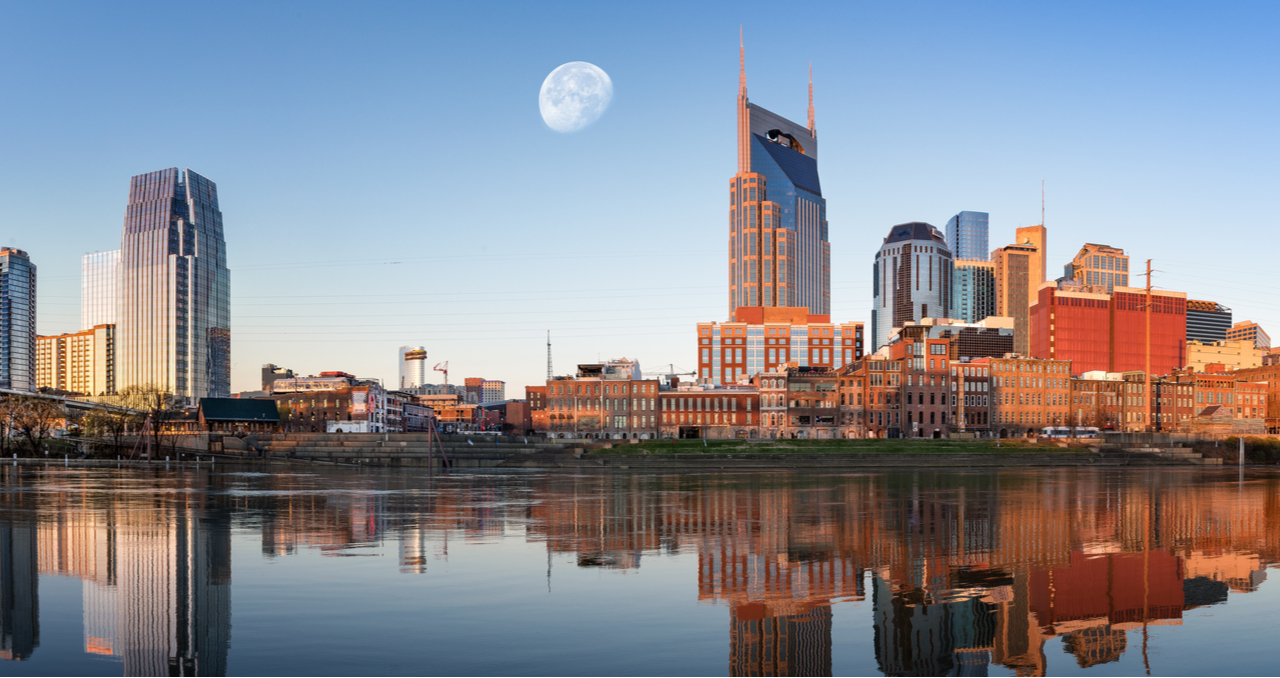 Nashville’s one of the most iconic cities in America, known for being the country music capital of the world and the Las Vegas of the South. Nashville’s economy is booming, driven by a $20 billion tourist industry that rivals Florida and California and its housing market is one of the hottest in the nation.

But there’s more to Nashville than just country music and tourists. Home to Vanderbilt University and Belmont University, Nashville is also a thriving college town, with an amazing art scene. Downtown, Broadway offers live music every night of the week and Centennial Park and the Nashville Zoo are great family entertainment.

And if there was any doubt that Nashville is a top-tier city, the city also hosts not one but two pro sports teams: the Nashville Predators of the NHL and the Tennessee Titans of the NFL.

In a city with this much to offer, it wasn’t easy to pick only five neighborhoods. But after looking at the data, here are our picks for the five very best neighborhoods in Nashville to live in 2019.

Ready for all the excitement Nashville has to offer?

Clever Partner Agents will find a home in the best neighborhood for you.

This quiet neighborhood offers 19th-century mansions alongside cozy cottages, all of which are on tree-lined streets. Originally a commuter neighborhood in the streetcar era, Richland/West End is now an upscale residential refuge not far from the heart of Nashville. Homes here have wide porches and sidewalks that give Richland/West End the feel of a small town.

The neighborhood is so friendly and attractive that many Nashville residents bring their kids here to trick-or-treat on Halloween. Many of the homes here are designated historical, but there are inexpensive starter homes to be found, too. The schools here are excellent and Richland/West End has one of the highest walkability scores in Nashville.

Brentwood was once an area of huge, rolling horse farms, but has since been split up into subdivisions of planned housing. Though the term “planned community” strikes some people as sterile and unattractive, Brentwood is an example of a planned community done right, with wide, welcoming streets and attractive, well-maintained homes.

The public schools here are very good and the Cool Springs area offers some of the best shopping in the city. The fact that it’s a self-contained community, with very little need to leave Brentwood, has made it one of the more desirable neighborhoods in Nashville.

This area of the city has been slowly revitalized over the past decade and is now the preferred Nashville neighborhood for creatives. You’ll find antique Craftsman-style bungalows here that date from the turn of the 20th century as well as small apartment buildings and duplexes.

The neighborhood is very walkable, with retail, nightlife, and dining concentrated along commercial avenues that cut through residential areas. In keeping with East Nashville’s bohemian reputation, you’ll find high-end boutiques, chocolatiers, and craft breweries here. If the neighborhood has one drawback, it’s the public schools, which aren’t rated highly.

In East Nashville, the average sale price is $340,000, which represents an increase of 3.8% over the past year.

Green Hills has been described as the Beverly Hills of Nashville as it’s home to many celebrities, including the oft-sighted Nicole Kidman and Keith Urban. As you’d expect from a neighborhood that’s compared to Beverly Hills, the main avenue, Hillsboro Road, is home to high-end retailers, trendy boutiques, and upscale restaurants.

The neighborhood’s only six miles from downtown Nashville and boasts several of the best public and private schools in the city. Though there is some new construction here, most of the housing stock consists of Cape Cod-style homes.

Downtown Nashville is extremely popular with tourists and it features nearly as many neon lights and live music venues per square foot as Las Vegas. With countless restaurants, souvenir shops, bars, and nightclubs, it’s not a neighborhood you’d want to live in if you like to go to bed early. But if you enjoy the nightlife, there’s no better neighborhood in Nashville.

The housing stock in Downtown is mostly condo units in high-rise towers, but there are some loft-style units to be found in older buildings.

If you’re ready to move to Music City, the best decision you could make would be to team up with an experienced local real estate agent. A great local agent knows the fluctuations of the local market and can uncover hidden cost savings for you.

Clever Partner Agents are elite performers in their markets and come from top brands and brokerages. Whether you’re looking to buy a loft downtown or a quirky bungalow in East Nashville, a Clever Partner Agent can not only help you find your dream home, they can negotiate it down to the lowest possible price.