Homeownership has long been considered key to the American Dream. Yet, with home prices up 30% over pre-pandemic levels, the home buying stakes have never been higher.

If you're thinking of taking the plunge into homeownership, you might be wondering what you're really in for — and whether owning a home is all that it's cracked up to be. A recent homeowner study by Clever's research team may provide some insight.

In a survey of 1,000 U.S. homeowners, Clever found that a majority (52%) were surprised by the true costs of owning a house. Fifty-three percent stated they would have approached the home buying process differently had they known their home's true price tag.

The good news is that, even with the unexpected demands on their time and wallets, a vast majority of homeowners (7 out of 8) claimed that the benefits of owning a home outweigh the costs.

A lot changes after you buy a home. And like anything that we build up in our minds, the reality won't always match expectations.

To help paint a more realistic picture, we asked current homeowners to share the more surprising aspects of owning a home. Here are a few ways they say your life will probably change when you make the leap. 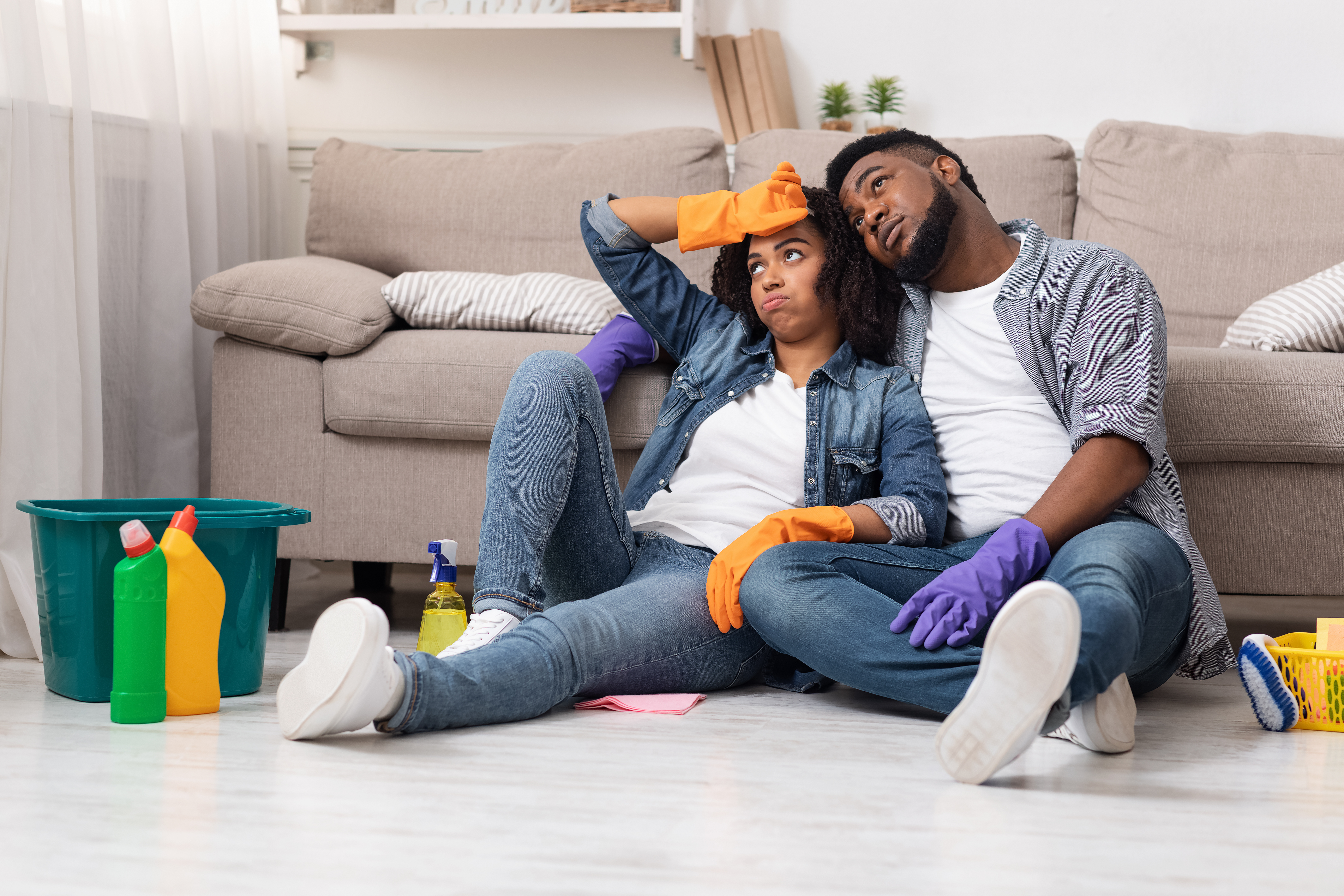 You'll suddenly understand why Home Depot is always so packed

Most wedding registries are filled with niceties like fondu sets and ice cream machines that you'll use an average of once. When you become a homeowner, you soon realize that you should have asked for more gift cards from home improvement stores.

Insurance copywriter Karen Condor discovered this recently after buying a home with her husband in South Carolina. "We felt as though we were spending every single Saturday at Lowe’s, and the credit card charges added up faster than I could pay them."

Clever's survey found that a whopping 97% of homeowners had done at least some work on their homes, and another 93% intended to take on more projects in the next five years. The most commonly completed home improvements included painting, major appliance repair, plumbing, electrical, and HVAC work.

Furthermore, homeowners spend upward of $6,300 annually on maintenance, repairs, and renovations. They also dedicate an average of 19 hours a month to working on their houses.

Yet, for many homeowners, that sweat equity often translates to deeper emotional investment in the home. "It's taught me how to fix leaky pipes, change an electrical outlet, and fix all kinds of things that I never knew how to do before," says Florida-based homeowner Kath Reas on Quora.

She explains how she and her husband built their home from the ground up as newlyweds and how, after he passed away, that home became a fortress. "My children love coming home, still, and feel safe here," she says. "And I, at the end of a long day or a long trip, feel all my troubles melt away when I round that last curve on my gravel drive."

Your list of frequent contacts will now include your exterminator

From ants to rodents to yellow jackets, your home will be under constant attack from outside forces. So don't be surprised when, alongside your Costco membership, you find yourself paying for an annual subscription to your local pest control service as well.

In fact, among homeowners surveyed by Clever, pest control was the most commonly paid-for maintenance service, with 38% of respondents regularly shelling out cash to an exterminator.

And some of the pests you encounter might surprise you.

"We budgeted for an annual outlay for the usual household bugs," says Condor. "What we didn’t figure on were the additional pests, from carpenter ants attacking our shed and front porch to birds trying to nest inside our carport."

Apart from your local pest control specialist, other "friends" you can expect to add to your contact list when you own a home include landscapers, tree trimmers, gutter cleaners, pool specialists, and even housekeepers. Clever's survey found that more than one in four homeowners pay for each of these services on an ongoing basis.

Get the latest real estate news and tips with our free weekly newsletter, delivered every Friday to your inbox.

One of the oft-cited benefits of homeownership is stability — the idea of setting down roots and making a place your own. Part of that stability may derive from a change in mindset that seems to take place among new homeowners, possibly out of an increased sense of responsibility for maintaining such a large investment.

"Ever since I bought my first home, I no longer think about money in the short-term," says Michigan homeowner Tim White. Rather, he says that questions like, "Can I make my bills this month, or can I get my paycheck early to buy that furniture I want so badly?" are a thing of the past.

Instead of short-term gratification, White now focuses on the equity he's building through long-term appreciation and value-adding home improvements. "I know this will help me build wealth, which is something that I can use when I want to retire," White says. "Owning a home has changed my mentality on this completely, and I’m so grateful for it."

Condor and her husband have undergone a similar change of mindset around money since buying a home, partly out of necessity.

"We didn’t realize the full extent of the hidden costs associated with home ownership," she explained to Clever by email. "I had to create a monthly budget and stick to it. I had to change my focus from being financially impulsive to financially mature. No more last-minute weekend getaways flying to Vegas. No more attending every concert and show I wanted to see. I now covet quality over quantity in order to have a well-maintained home."

A study by PEW Research Center found that 65% of homeowners feel attached to their community, compared to 52% of renters. Moreover, the percentage of homeowners who feel "very attached" (20%) is nearly double that of people who rent (11%)

We talked to a number of new homeowners whose experiences support the research.

"We definitely care more about relationships with our neighbors now that we own a home, especially compared to when we were renting an apartment," says wellness expert Macy Westlund, who recently bought a home with her husband in Wisconsin. "We have made an effort to meet all of our neighbors and are glad we did!"

Karen Condor also experienced a deepening of her social circle after buying a home in her South Carolina neighborhood. "We consider each other not just neighbors but also friends."

That friendship comes with a lot of advantages. "We chat whenever we find ourselves outside at the same time," says Condor. "We keep an eye on each other’s homes when any of us are away. We bring back little gifts for each other after vacations. And we’ve consoled each other through everything from a multi-day power outage caused by an isolated tornado to a patriarch’s death three days before Christmas."

You'll have more realistic expectations about your 'investment'

Among homeowners surveyed by Clever, the number one reason for purchasing a home was because they felt it was a good investment. However, that line of thinking could quickly change once you encounter the hidden costs associated with maintaining your private slice of earth.

"Owning a home can be like a money pit," says Quora user Jennifer Kohos Kostiner. "Sometimes you know when things will need to be fixed in the near future. Other times, it comes as a complete shock," the Montreal homeowner continues. "Ideally, you always have money set aside for these unforeseen emergencies."

Despite the unexpected costs, says Kostiner, "I must admit that the home I am living in now is actually my dream home! I once heard that people say you love your new home for about six months, and then you just get used to it. This is not the case for me. I have been in my home for 10 years, and when I walk in the door, I still love it as much as when I first bought it!'

Other homeowners share similar sentiments about the costs and benefits of owning a home.

"Being a homeowner is a phenomenal experience," says California-based attorney Rick Nehora. "Everything seems personally satisfying, from creating a customized outdoor space to maintaining the house. Additionally, it enhances family relationships because everyone can now spread out in their rooms and create a new world for themselves in a secure personal space."

However, he admits that maintaining that space "is a physically and financially taxing task." Still, he says, "owning a home has made me realize the value of setting up roots in a friendly neighborhood and growing as a family by making happy memories,"

"It is best not to think about it, actually," says Quora user Adlai Armundsen. "I love having a home, and I spend a lot of time in the garden and out in the gazebo admiring the gardens. But if I start thinking too much about mortgages and expenses and what if the roof should fall in or weird stuff like that, it gets worrisome."

His solution is simply to put those thoughts out of her mind. "Pay the bills," he says, "and just enjoy it."

Homeownership is more expensive than a lot of first-time homebuyers anticipate. And as the unexpected costs pile up, the drain on your bank account can dampen your initial enjoyment.

However, as you adjust your expectations around homeowner costs, you might discover benefits far beyond the monetary return on your investment.