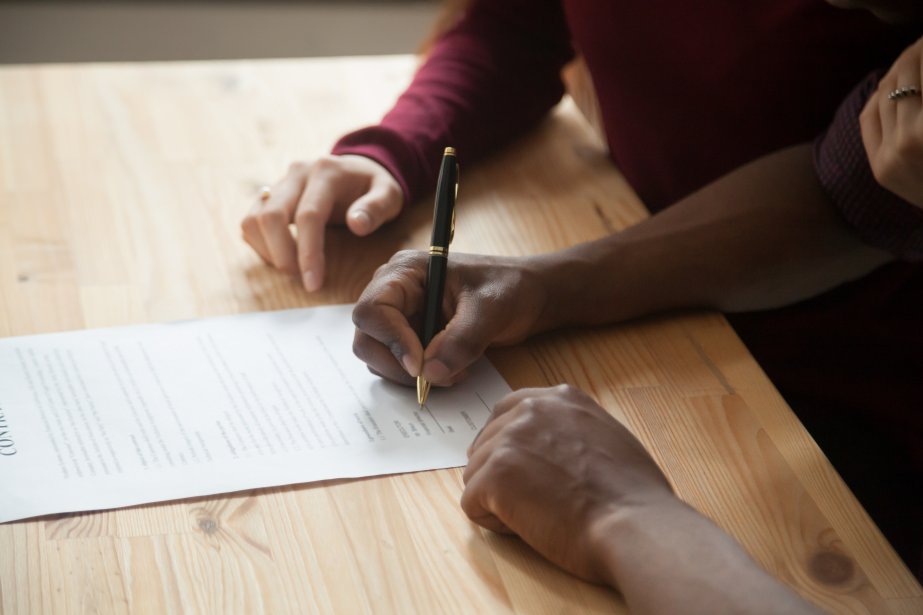 Congress enacted The Home Mortgage Disclosure Act (HMDA) in 1975 to combat credit shortages in urban neighborhoods throughout the United States. The government believed that financial institutions contributed to the decline in cities across the Rust Belt, from Detroit to St. Louis, due to discriminatory lending practices.

Its primary purpose is to provide data, but it merely supplies the data — no government agency interprets the data. In other words, it’s up to a discerning public to scrutinize the data and determine whether discriminatory malfeasance has occurred.

After an initial scan of the database, we saw a disturbing trend: 26% of African-American applicants were denied mortgages compared to 10% of white-American applicants. Before crying wolf, we needed to dig further into this data, using what was available to control for potential extraneous variables.

After collecting and analyzing over 1.7 million applicants from 2016 (read more about our methodology here), two things became clear:

In 2016, 19% of African Americans were denied mortgages compared to 9% of white applicants, when controlling for applicant incomes.

Racial discrimination in lending was most pronounced in Southern states. 24% of African Americans were denied mortgage applications in the South, compared to 11% of white applicants when controlling for income. The West has the least racial disparity between white and black applicants, but the difference between approval rates is still statistically significant, indicating racial discrimination in the mortgage industry is an issue nationwide.

A study from Reveal and The Center for Investigative Reporting found that racial disparities exist in 61 metro areas across the country, including Atlanta, Detroit, Philadelphia, St. Louis, and San Antonio.

Reveal conducted interviews with lenders and home buyers to get a picture of why these racial discrepancies exist. While mortgage lenders don’t dispute they deny loan applications from people of color at higher rates than white people, they attribute the disparity to hidden factors like credit scores.

New Jersey-based TD Bank, which denied a higher proportion of black and Latino applicants than any other major lender, said it “makes credit decisions based on each customer’s credit profile, not on factors such as race or ethnicity.”

Here’s the problem: credit scores, debt-to-income ratio (DTI), and other important control variables aren’t included in the HMDA’s database. These key applicant metrics are not mandated by the HMDA, so lenders aren’t required to disclose this critical information to the public.

Another critical piece of information, why the loan was denied, is an optional field for mortgage lenders not regulated by the Office of the Comptroller of the Currency.

What are the results of these lax reporting standards?

52% of African American applicants have no exact reason their application was denied, the highest of any race. So while we know the most common reasons African Americans were denied mortgages were credit history and debt-to-income ratio, we do not understand why over half of the applicants were specifically denied. The Dodd-Frank Act explicitly amends HMDA to require lenders to disclose important data points about applicants — like credit score and debt-to-income ratio — to the public while keeping applicant identities confidential.

Unfortunately, the American Bankers Association (ABA) wants to keep credit scores and other important variables out of lender disclosures. According to a 2017 April policy paper, the ABA stated amending HMDA to require more data collection would be expensive and adds volumes of irrelevant data. The "volumes of irrelevant data" the ABA refers to are exactly the same metrics lenders use to assess applicants' creditworthiness, like credit scores. These amendments would also reveal whether applicants are offered above-average APRs and unconventional lender fees.

While this data would be valuable in assessing lender discrimination, there’s also the question of whether credit scores have an inherent bias built into their scoring algorithms against people of color. Credit scores are a black box with hundreds of variables, and studies have shown that credit score algorithms have a “disparate impact on people and communities of color.” According to these studies, the current credit-scoring systems penalize borrowers who have anything other than mainstream loans, and people of color are funneled towards high-cost, high-risk loans.

A study from the National Bureau of Economic Research shows that African-American and Hispanic mortgage applicants are respectively 105% and 78% more likely to use high-cost mortgages for home purchases. High-cost home loans come with higher fees and interest rates, and, as a result, applicants are more likely to default on their mortgages.

This all makes sense: African Americans are denied conventional mortgages at a higher rate than whites, resulting in more applications for high-cost, higher-risk mortgages.

The Dodd-Frank bill could shine light through muddy lending practices

If there’s one sliver of hope within this rather bleak analysis, it’s that the Dodd-Frank bill requires several new applicant metrics to be recorded by mortgage lenders for 2018 data sets and beyond. Data points like credit scores, fees, prepayment penalties, and interest rates will be available to the public, allowing for greater transparency into predatory and discriminatory lending practices.

We know discriminatory lending is happening, and this data will allow concerned citizens to identify the who, where, and how. Unfortunately, it’s taken 44 years of overly lenient and inadequate standards created by the HDMA to move towards a more transparent future.

Note: We’ll be conducting a followup study once the 2018 data is released.

We used the Home Mortgage Disclosure Act (HMDA) database on home purchases for all 50 states and Washington, D.C., and all lenders in 2016 to build the dataset for our analysis. We limited the dataset to approved and denied applications by the financial institution, and applications by Asian, African-American, and white applicants and co-applicants, who self-identified their race on their mortgage applications.

We divided states into four regions (Northeast, Midwest, South and West) to examine regional differences in approval rates. Before modeling, the income measure was log transformed and centered. We ran generalized linear models to investigate whether applicants’ race and region influenced mortgage approval rates on home purchases while controlling for applicants’ income.

We did not include Native American and Pacific Islanders in this analysis because there was not enough mortgage application data to run a statistically significant test.