The North Star State is home to ten thousand lakes, and almost as many great real estate markets. Investors interested in expanding their portfolios should take a long look at Minnesota; this guide examines five of the state’s hottest investment markets. 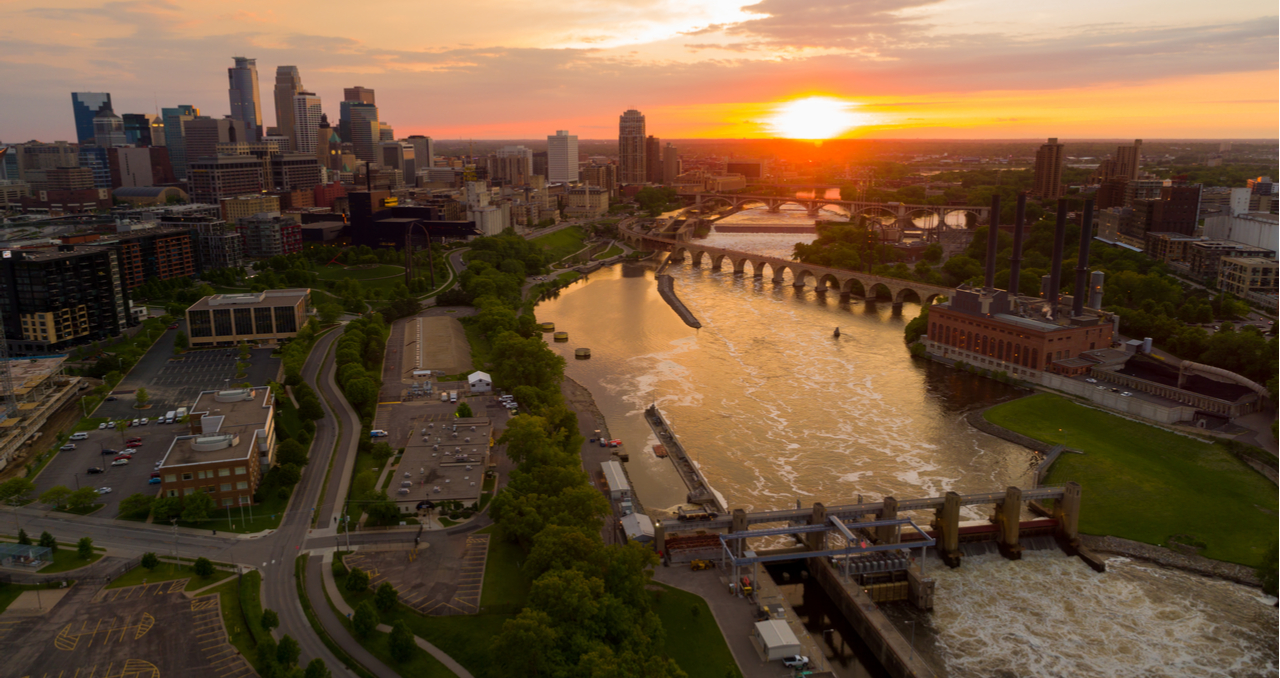 The North Star State is mostly known for its lakes, its winters, and Prince (R.I.P.). But supported by a rock-solid economy, ballooning population, and high quality of life, Minnesota’s real estate market is fast becoming one of its signature attractions. For investors looking to expand their portfolios, there are few better states to look at.

Over 65% of Minnesotans live in the Twin Cities area, so that region is well-represented on this list, with most of the areas detailed below located near the Minneapolis-St. Paul “Twin Cities” metro area. In fact, let’s begin with the capital itself.

The median price for Minneapolis homes on the market is $300,000, which is far above the national average of about $200,000. Home prices there have risen 6.4% over the past year, and are predicted to rise a further 5.2% over the next year.

Why is Minneapolis such a healthy market? The list of reasons is long: it’s home to 19 Fortune 500 companies, has one of the lowest vacancy rates in America, and has a strong economy that’s steadily growing. The city also has higher than average population growth, as many new residents are moving there, and the overall portion of the population that’s under age 44 is higher than the nationwide average.

All in all, this is a recipe for a very strong rental market. Investing in rental properties here would be a solid decision.

Looking to invest in real estate? You need a realtor who specializes in investment properties.

The first step in your real estate investing journey is to find a top local realtor with experience helping real estate investors find great deals. The right agent can help you find the best property for your goals and budget — and craft a winning offer so you can stop looking at houses on Zillow and start building wealth.

If you need help finding a realtor who specializes in investment properties, Clever Real Estate can match you with an experienced local agent so you can find the right property and get a great deal. You can also earn cash back when you close on your purchase!

Requesting agent matches is free, and there's no obligation. Just fill out the form below to get agent recommendations sent straight to your inbox!

Considered by some to be the hottest market in the entire state, the genteel suburb of Otsego is located about 30 miles northwest of the Twin Cities. House sold there last year an average of two days faster than they did the previous year, and the average price per square foot skyrocketed 20% over the four-year average. Sellers got an average of 100% of their original list price, so homes were going under contract very quickly after hitting the market. It also has an impressive 94.3% rate of homeownership.

Homes there are priced very slightly below the national average, coming in at just under $200,000, implying there’s still plenty of room to grow in this market.

This mid-sized suburb in Hennepin County, just outside the Twin Cities, has seen explosive growth over recent years. Average per-square-foot prices have shot up 24% over the previous four-year average, and last year sellers got an average of 101% of their original list price, meaning that bidding wars were a regular occurrence.

Sales were happening significantly faster last year, too, with sales closing an average of 7 days faster than the previous year. Median home values here are still quite low, too, coming in at $168,200.

This strong market is supported by a healthy median household income of $62,831, as well as a very high local quality of life; the city boasts more than 240 acres of green space, as well as 27 parks.

Located 40 miles from Minneapolis, Zimmerman is a quaint little town with a rock solid housing market. Homes here were selling, on average, a full week faster than they sold the previous year, and average per-square-foot prices were up 23%. Sellers received an average of 100% of their original list price, so don’t expect any bargains if you’re trying to buy, but definitely get excited if you’re looking to sell.

Zimmerman is surrounded by lakes, with beautiful, spring-fed Lake Fremont on the city’s eastern flank offering fishing, swimming, and boating in the summer. There’s also the Sherburne National Wildlife Refuge nearby, as well as the Sand Dunes State Forest. Sound like an idyllic place to settle down? Most prospective renters and home buyers think so, too.

Blaine is a picturesque town of just over 55,000, just outside the Twin Cities. Home prices there have risen 8.2% over the past year, putting it in the top 20th percentile of markets nationwide, and home prices are forecast to rise 7% over the next year.

Average per-square-foot prices were up 16% over the previous four-year average, and houses sold a full week faster last year than they did the previous year. Sellers received 100%, on average, of their original list price.

With four lakes within the city limits, and the city enacting an ambitious 500-acre open space plan, quality of life is a strong factor in Blaine’s attractiveness as a market.

Wherever you’re looking to invest in Minnesota, your best bet would be to partner with an experienced local real estate agent. They’ll be intimately familiar with everything from your target market’s seasonal fluctuations, to the most successful type of local investment properties, to the state’s unique disclosure requirements.

Clever Partner Agents are top performers in their respective markets, and there’s no one better to help you break into the Minnesota market of your choice. Contact us today for a no-obligation consultation!