If you’re thinking of moving to Alabama, you’re not alone. Many job seekers are rushing to the state looking for employment and affordable homes. Here’s why more people are calling Alabama their sweet home. 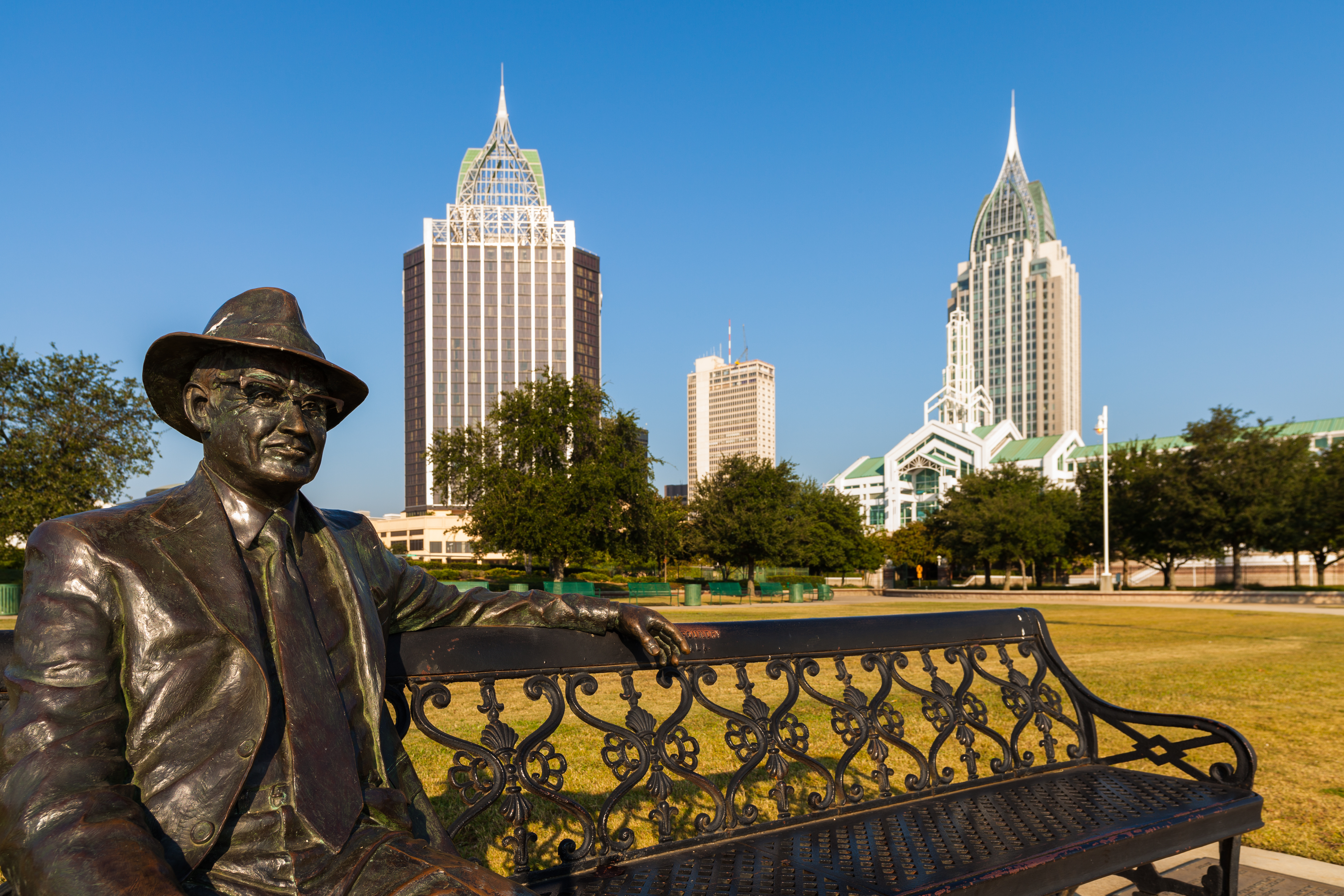 If you’ve been to Alabama recently, you know what they mean by the phrase “The New South.” Gone are the days when the state was in economic stagnation. It’s now booming.

The Center for Business and Economic Research at the University of Alabama reported last fall that the state saw a 70% year-over-year increase in its economic growth rate.

The growing economy is pulling more residents into the state. Its population is expected to grow mainly due to net migration into the state over the next three decades. The University of Alabama projects two-thirds of its growth will be from new residents arriving in the state.

But jobs and a robust economy aren’t the only factors driving people to Alabama. The state is one of the country’s most scenic states. It’s filled with beaches and southern charm, and you can do a lot more with your earnings.

Work with a local Clever Partner Agent to find your dream home.

Top 5 Reasons to Move to Alabama

Alabama is booming. According to the Alabama Political Reporter, the state set a new record with its 2018 economic development projects. That’s translating into a hot jobs market.

Its unemployment rate is below the national average at 3.7% and well below some of its neighboring states. The state’s seeing growth in aircraft assembly and other high-tech fields. It’s continuing to attract workers from across the U.S. Birmingham alone has seen its job market increase by 2% over the last year. Future job growth is also projected to be strong for the next decade.

Your dollar goes further in Alabama. It is one of the most affordable states in the country. According to data from Zillow, Alabama homes sell for around $80,000 less than the national average.

A new home is not the only place where you’ll save money. Transportation costs are about 7% less and your grocery bill will be cheaper, too.

Alabama’s location provides some of the best environments in the South. It is filled with charming towns nestled in natural wonders. There’s just so much to explore. It’s not hard to take a day trip to see the amazing underground world at Childersburg’s DeSoto Caverns or a take a weekend to explore Montevallo's Orr Park.

Alabama also has great beaches and wildlife refuges. The Bon Secour National Wildlife Refuge is one of the state’s biggest tourists draws. It is home to a wide variety of wildlife including sea turtles and migrating birds.

Alabama is also located near some of the biggest urban centers in the South. Birmingham is just a two-hour drive from Atlanta. Memphis is a bit further, but it’s still an easy three-hour drive for a weekend trip. And New Orleans is just over two hours away from Mobile.

It’s always summer in Alabama. If you like sunshine and hot days, then this is the state for you. Temperatures rarely dip below 60 degrees and winter lasts for all of two weeks in January or February.

Grab a hat and some lemonade for those hot days, though. Temperatures in the summer can average over 90 degrees in some parts. Rain is also a unique event in most months.

It’s an Experience for the Senses

There’s a lot to do in Alabama. You can celebrate Mardi Gras the southern way in Mobile. And move over Texas, Alabama loves its Friday night lights, too. If there’s one experience you need to put on your bucket list is a trip to Tuscaloosa to see the Crimson Tide. It’s a spectacle of some of the world’s most extravagant sports fans. And the team’s not bad, either.

You can find a lot of health-oriented shops and restaurants in the state. But Alabama’s really known for its chili cook-offs, barbeques, and Cajun burgers. You’ll never go hungry in this state.

As mentioned above, the state’s employment picture is the rosiest it has been in decades. The economic boom is not expected to slow down anytime soon. The fastest growing sectors of Alabama’s economy this year are expected to be professional, technical, and scientific services. The manufacturing sector is also expected to show strong growth, along with the state’s aerospace sector.

Manufacturing has been doing particularly well over the past few years creating a demand for workers across the state. New auto parts production is largely responsible. Manufacturing payrolls saw a net gain of more than 8,000 jobs in 2018. The construction industry also saw a boost with 2,800 new jobs.

The state’s consumer economy is also thriving. Local retailers added 1,000 jobs as the state’s economic boom impacts spending power. Most of the job gains are in urban centers with Huntsville and Birmingham together creating 15,000 new jobs last year.

Alabama does have its share of affluent neighborhoods. The median home value in Mountain Brook is $480,800. Mountain Brook's average median income is also quite a bit higher than the state average. It’s more than $131,000 a year.

Wages are expected to rise as the demand for workers doesn’t appear to be slowing. That will likely keep pushing home prices in the state up in the years ahead.

There’s now better time to buy a home in Alabama than right now. The state’s economic upswing is creating a buzz throughout the region. That’s drawing job and house hunters to the state and pushing prices up.

A top Alabama realtor can help you find your dream home in a neighborhood where home values are appreciating. This way you can be sure that you will get a good return on your investment.

Clever can connect you with a top-rated buyer’s agent in Alabama who can offer you guidance and support. Clever Partner Agents have complete access to MLS listings so that you can see all the homes in your price range. They are experts in their field and can help relieve the stress that too often comes along with buying a home.