From home prices to mortgage rates, the housing market is shifting quickly — and it could mean good news for buyers. However, a look at the latest housing data reveals some interesting plot twists, with certain indicators (and analysts' interpretations) going in different directions.

Here's what's up and down in the residential real estate market. 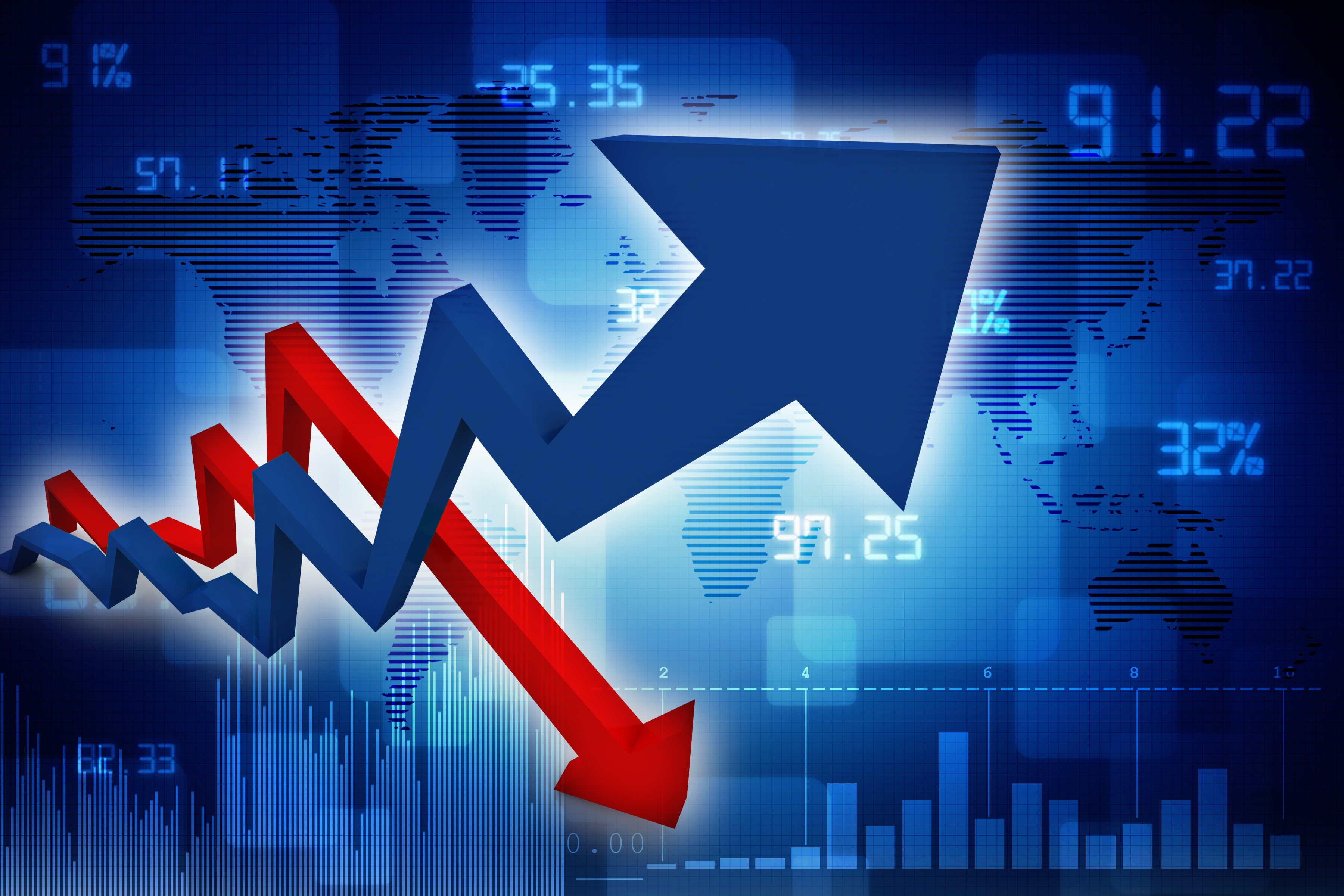 House prices are up 17.7% in the second quarter of 2022, compared to Q2 2021, according to the latest House Price Index Report from the Federal Housing Finance Agency (FHFA). This completes 44 straight quarters of home price growth in the U.S., as measured by actual sold homes.

Home prices rose in all 50 states and all of the top 100 U.S. Metros, with the largest gains seen in the South Atlantic region. More specifically, annual home prices appreciation was highest in the following states:

Areas that showed the lowest year-over-year home price appreciation were:

Home prices continued to grow quickly in the first half of 2022, but the FHFA report noted that more recent monthly figures show an abrupt deceleration in house price appreciation.

Nationally, home prices rose an anemic 0.1% from May to June, compared with consistent 1.3% to 1.9% monthly gains over the first five months of the year.

Buyers wondering when the market is finally going to come down off its peak may soon have their answer.

Last week, home price data released by Black Knight showed that the national median home price fell 0.77% between June and July. While seasonal home price fluctuations aren't a rarity, this is the first national drop we've had in nearly three years — and the single biggest monthly decline since 2011.

Overall, more than 85% of the nation's major housing markets experienced some price decline through July. However, certain markets have fallen more than others — with the steepest drops occurring in some of the nation's priciest (and arguably most overrated) metros:

Some analysts predict that prices could drop by as much as 5% through 2023 — even more if the economy enters a full-blown recession.

Up: The supply of homes for sale

Not only are home prices starting to come down across much of the U.S., but also for the first time in a long time, there are more homes on the market than there were a year ago.

According to the latest housing data from the National Association of Realtors, the total supply of active listings grew to 1.3 million in July, a jump of 3.5% over July 2021. And, if you look only at the largest 50 U.S. metros, the supply of homes for sale is up by a much greater 41% over last July.

While the housing supply still remains well below pre-pandemic levels, it's been on a steep incline since reaching a record low in January, when there were just 860,000 homes for sale in the whole U.S.

Buyers across the country are reaping the benefits.

Recently, Redfin reported that fewer than half of submitted offers faced competition in July — the first time since April 2020. The share of listings with price drops is also up significantly year-over-year in all but three of the 97 largest U.S. metros, which happen to be in Illinois.

Whether the decline in home buying competition will last is TBD. While overall inventory is up, the supply of new listings dropped in July, indicating that as the market stagnates, more sellers are holding off on listing if they don't have to.

However, that may be offset ever so slightly by a recent upswing in foreclosure filings(up 226% over last year) and an effort by builders to get newly completed homes off their books.

A new report from Attom Data found that foreclosures are also on the rise, with the most notable upticks in foreclosure rates occurring in Illinois, Delaware, Ohio, Nevada, and South Carolina.

Down: The share of homes being snatched up by investors

While the number of homes for sale is up across the U.S., the share of investors competing to buy them is down. A new report from Realtor.com reveals that the purchase of non-primary residences (i.e., investment and vacation homes) dropped to 14% in June, down from a high of 22% in January.

Redfin data also shows investor buying activity leveling off in the second quarter of 2022, but the firm points out that investor purchases remain well above pre-pandemic levels. Like buyers, many investors are waiting out the short-term market — wanting to avoid buying at the top and hoping to see bigger price savings around the corner.

Some investors are scaling back home buying activity by as much as 50%, according to Bloomberg. That includes everyone from large institutional investors to local home flippers, who are struggling to see the returns on their investments. Per Redfin, the typical home price paid by investors reached a record $474,000 in Q2, a jump of more than $50,000 from a year earlier.

However, on the whole, investors remain in pretty good standing. Investor purchases accounted for nearly a quarter of all homes sold last year. With investors still able to cash in on high home prices and rents climbing to new highs across much of the U.S., owning a rental property is still a lucrative prospect.

And, analytics firm CoreLogic speculates that the leveling off in investor activity could be seasonal, noting that investor purchases also dropped in Q4 2021 before surging again at the start of 2022.

But for the time being, less competition from investors, paired with more inventory on the market, means fewer buyers competing for homes.

Up: The number of sellers willing to make concessions (like repairs)

With fewer buyers competing for their million-dollar houses, sellers are again feeling the pressure to give in to certain buyer demands (like fixing that broken window before handing over the keys).

A recent survey by Realtor.com found that a little over two-thirds, or 67% of buyers, asked for repair concessions in July — more than double the number of buyers who asked for them 6–12 months ago.

A greater share of sellers are also agreeing to contingencies, such as a buyer's right to get a home inspection, secure financing, and complete an appraisal.

To make the deal more attractive, some sellers are even offering buyers sizable concessions to help them buy down their mortgage rate through prepaying some of the interest at closing.

All of this points to a much more level playing field for buyers who can still afford to get in the game.

Down: The length of time it takes to sell a home

While buyers are facing fewer bidding wars, the competition remains high compared to most other times in history.

The latest housing data from Zillow reveals that homes are still flying off the market an average eight days faster than they were in 2020. In 38 of the largest 100 U.S. metro areas, homes still average less than a week to go under contract.

However, the market has slowed slightly from its peak in spring, when the typical home went under contract in just seven days. As of July, it took a median of 10 days for a home listing to go pending.

If you're still in the market for a home, you're probably going to have an easier time than your predecessors did a few months ago — especially if you're looking to cash out on equity and roll that over into a new home purchase.

You'll avoid taking out a mortgage with high interest rate, have a lot less competition from both investors and other buyers, and could negotiate concessions that haven't been on the table in quite some time.

However, there may also be reasons to join your friends on the sidelines and wait for better times ahead.

Looking to the future

Earlier this month, Fannie Mae released its August housing forecast, indicating that mortgage rates could drop below 5% as soon as Q4 2022, after climbing more than two percentage points earlier this year.

For homebuyers, who've seen the median house payment rise by more than 33% ($461) since January, this news is more welcome than the friend who swings by with their spare window unit when your AC breaks in July. Lower rates mean more affordable monthly payments, larger loans, and less interest paid overall.

The report shows mortgage rates reaching 4.5% by Q2 2023, before leveling off at 4.4% for the remainder of 2023. Coupled with falling home prices, the market could feel much more balanced in a year.

Along with lower mortgage rates, home prices in the U.S. could fall between 0 and 5% over the next year, Moody's Analytics chief economist Mark Zandi told Fortune earlier this month. This represents a downward adjustment from June, when the numbers pointed to a more modest flatlining of home prices.

Zandi suggests that depreciation will be more severe if a recession hits, in which case, we could see prices in many markets fall by 10 to 15%. His prediction is echoed by Yale economist Robert Schiller, who told Yahoo earlier this month that certain indicators point to home prices falling by just over 10% by 2024.

Home prices have already begun to fall in some of the nation's most overpriced markets, such as Austin and Boise. Even so, several firms — including Zillow and Fannie Mae — remain confident that home values will continue to rise by a modest 2 to 6% over the next year.

A return to lower mortgage rates and an ongoing inventory shortage may mean that we'll see only a brief reprieve from the insane sellers' market.

The next few months of housing data will be telling.