As I mentioned in my last article on seven home fire risks, I was a firefighter in Maryland for more than a decade. Now that I'm a realtor, I remain passionate about home fire safety – and home safety in general.

Today I’ll look at 15 non-fire household hazards you might not be aware of – and what you can do about them. We'll focus more on the first five hazards since they especially hit home with me. 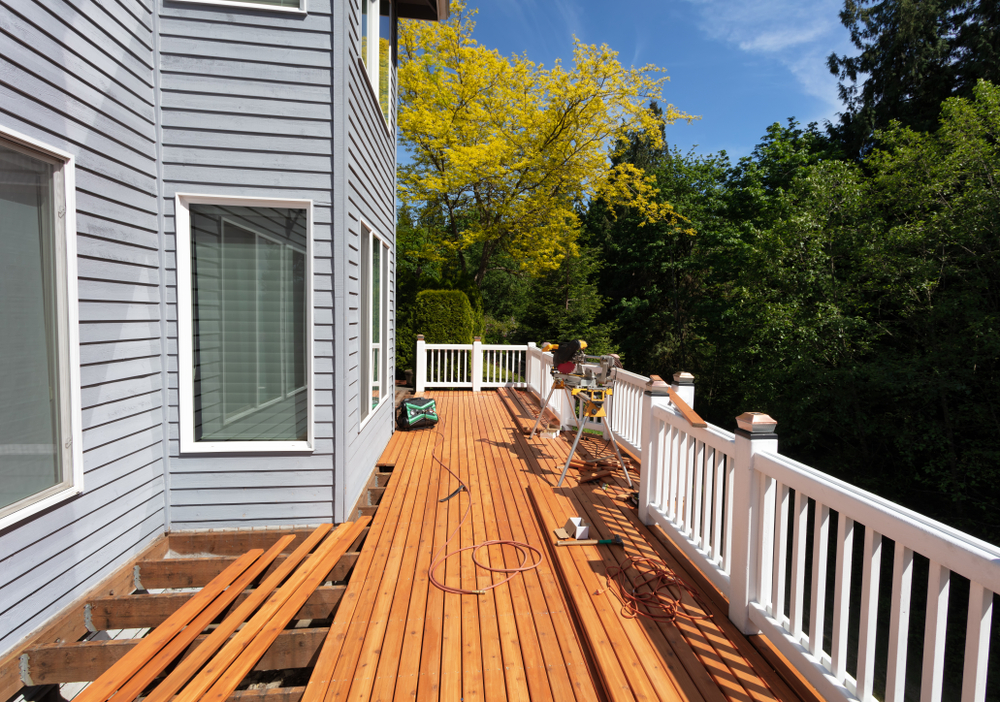 Nearly half of America's 60 million decks fail to meet safety standards, according to the North American Decking and Railing Association.

The worst deck collapse in U.S. history occurred in 2003. An improperly secured deck at a Chicago row house fell, killing 17 people and injuring 57. The culprit was what’s called a lagged deck.

A lagged deck rests on posts on one side and connects to the house on the other side. The builder or do-it-yourselfer typically installs a ledger board on the home and bolts the deck to it. They install flashing to protect the home and board from water damage.

Even if you build a lagged deck properly, it’s not as strong as a free-standing deck with supporting posts sunk into concrete on all sides.

A properly constructed lagged deck should have solid carriage bolts (minimum half-inch wide) that fasten to the home's interior framing every 16 inches to 2 feet, depending on your local code.

In reality, many decks don't meet the local code. Sometimes they're even just nailed to the home's exterior. Many homeowners fail to obtain building permits for decks.

Almost always, a lagged deck collapse occurs at the weakest point, namely where the deck attaches to the house via the ledger board. That area can rot with water intrusion. A combination of rot and overloading can be tragic.

In 2015, five Irish exchange students and one U.S. student at the University of California at Berkeley died when a balcony on an apartment collapsed, dropping partygoers onto the pavement 40 feet below. A sixth Irish student injured in the collapse died just this year from complications.

Dry rot had damaged the cantilevered wood under the balcony, turning much of the support members into powder.

Bottom line: If you invest in a deck, build a free-standing one. Yes, it’s more expensive, but also much safer.

2. TVs, appliances, and furniture that can tip over 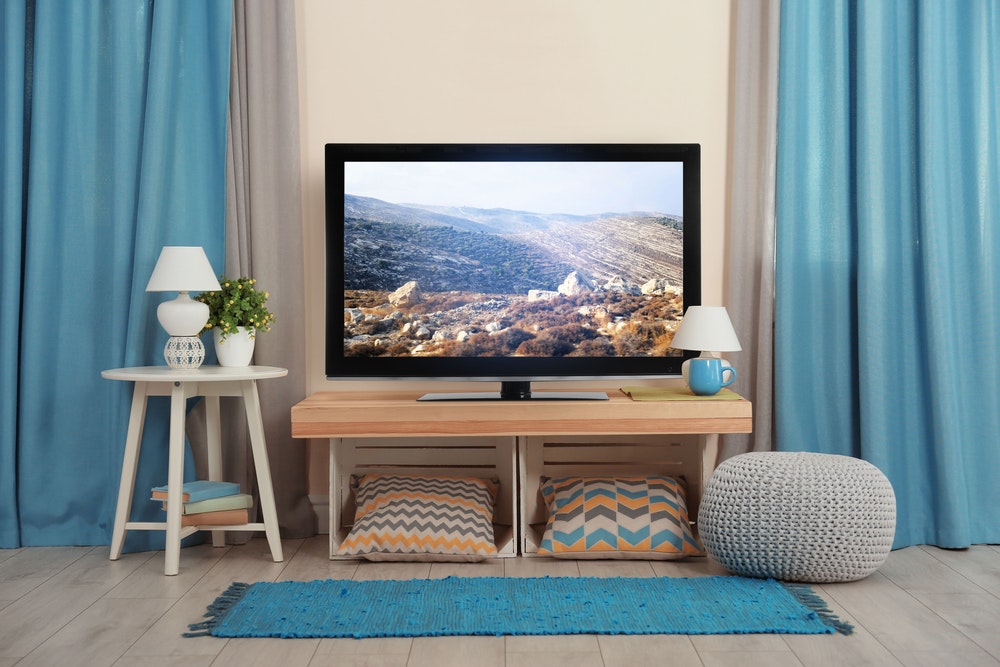 Nearly 500 children have died and 10,000 have been injured since 2000 due to tipped-over items in U.S. homes. And nearly 80 percent of those deaths involved televisions, according to the Consumer Product Safety Commission.

Most of those injuries and deaths occurred when children climbed onto furniture and pulled down a TV on a stand.

The good news is that injuries and deaths have declined by about 25% since 2015, when the Consumer Product Safety Commission started its Anchor It campaign. It encourages parents to install inexpensive anti-tip devices ($20 or less) that are drilled into a wall stud and strapped to the furniture and the television. Tip injuries dropped from 20,000 in 2015 to about 15,000 in 2020.

The campaign also called for anti-tip brackets to be installed in lightweight stoves that could tip over if a child stood on an oven door or even just pulled on the handle. (The CSPC reported 28 child deaths since 2000 due to those lightweight kitchen stoves.)

In general, the CSPC recommends that parents recycle old or unused televisions. They also say not to place toys or items like a remote control on the TV because they may tempt the child.

The CSPC says to place heavier items lower in drawers or dressers to keep the center of gravity down to avoid tip-overs. Keep TV and other cords out of a child’s reach.

3. Drapery and blind cords as a strangulation hazard for kids

This one hits home to me as both a firefighter and a father.

A few years ago, a 7-year-old boy at Fort Detrick here in Frederick, Maryland, choked to death when he accidentally got caught up in the cords of window coverings. He went to school at my son’s elementary school, Whittier, and I knew the federal firefighters on the Army base who responded first. The call was so traumatic that the firefighters were sent home for the rest of their shift and the city’s fire department covered the base for the rest of the night.

According to the Consumer Product Safety Commission, about ten children under 5 die yearly from accidental strangulation from window covering cords. Young children can quickly and silently strangle on pull cords, continuous loop cords, inner cords, or any other accessible cords longer than 8 inches, according to the CPSC.

To that end, the CPSC voted to strengthen a previous 2018 regulatory directive regarding window coverings this month. Now, more stock coverings must have short, inaccessible cords or no cords. About 80 percent of all stock window coverings currently meet these safety requirements. 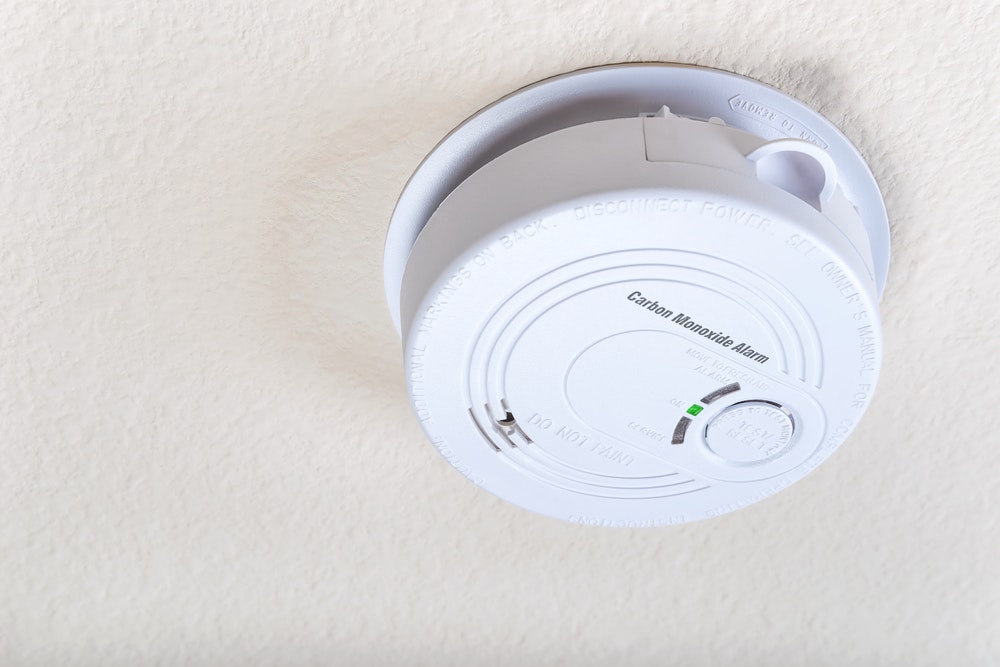 As a firefighter, I can tell you carbon monoxide (CO) is one of the most insidious home hazards. As I wrote about smoke detectors in the fire hazards article, most homes have the wrong alarms, which don’t respond to slow-burning fires that produce carbon monoxide.

Carbon monoxide is odorless and colorless, unlike natural gas, which contains "mercaptans" that create a nasty rotten egg-like smell to alert you to a leak.

Carbon monoxide also binds to the hemoglobin in your red blood cells better than oxygen, and it’s easy to become lightheaded, dizzy, or nauseous. Naturally, your first instinct is to sit down or lie down. And when it comes to CO poisoning, you can easily fall asleep and not wake up.

Indeed, more than 400 people die annually in the U.S. from carbon monoxide poisoning each year, and 50,000 people are sent to the hospital as a result, according to the Centers for Disease Control.

The bottom line is any device that burns fuel or is motorized can produce CO if it is malfunctioning, improperly installed, or used inside when it’s designed for outdoor use only.

Your furnace, water heater, stove, space heater, fireplace, wood stove, charcoal grill, and dryer can be sources of CO, especially if they are not in good working condition or don't have proper ventilation.

The best way to protect yourself is to install CO detectors on every floor, especially in basements where your water heater, dryer, and furnace are often located. Ideally, the carbon monoxide detector should be hardwired into your existing smoke detector system so that if it sounds in one room, it sounds in all rooms.

>RELATED: How Much Does Indoor Air Quality Testing Cost?

It should also have an audible alert that is different from your smoke alarm and also can audibly tell you that carbon monoxide levels have become dangerously high.

Don’t investigate when a CO alarm sounds. Leave the house and call 911. Let firefighters investigate while they are on their own self-contained air and with their own equipment. 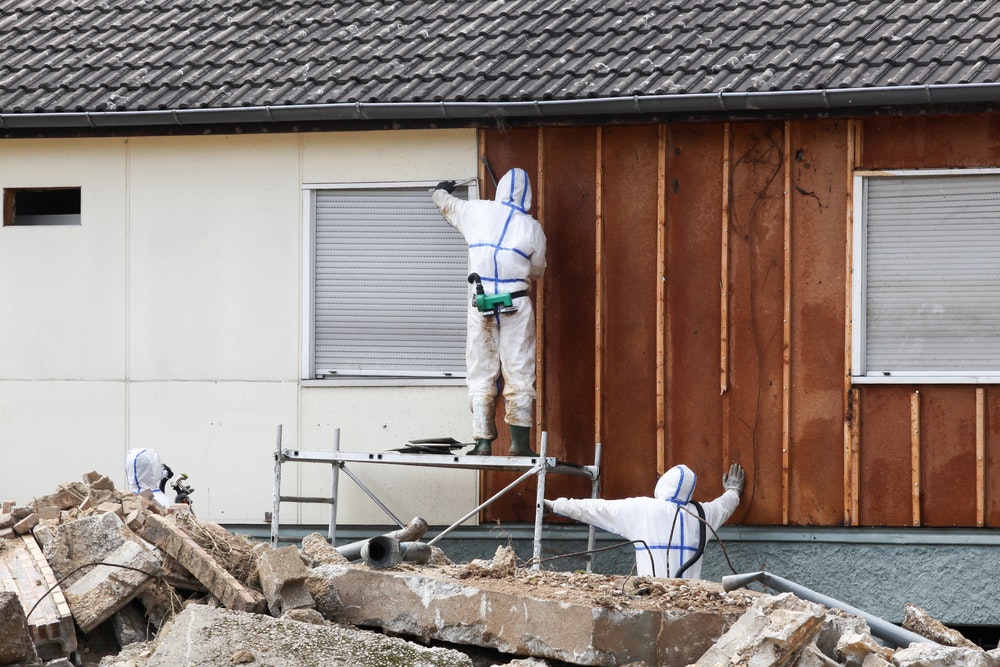 If you live in a house over 50 years old, chances are that you still have asbestos somewhere in it. It might be asbestos siding, a water heater jacket, pipe insulation, or asbestos floor tile. Asbestos products weren't banned until 1977.

> RELATED: Should I Buy a House with Asbestos Siding (Pros and Cons)

The danger from asbestos comes when it deteriorates and particles become airborne. The asbestos fibers can irritate your lungs and cause respiratory disorders. If you have inhaled enough over the years, asbestos can lead to a type of lung cancer called mesothelioma.

My father worked as a master carpenter and was surrounded by asbestos products, including insulation and floor tile. He died of mesothelioma in 2008 at the age of 80. It was a complete shock to the family. Anyone who has worked in shipyards or the auto industry has likely been exposed to asbestos as well.

If you have asbestos products in your house, sometimes it’s best to let sleeping dogs lie. Removing it can cause more problems, and most asbestos removal experts will tell you to encapsulate it in place instead.

Removing asbestos shingling (as one of my recent investor projects required) is usually safe so long as it isn’t drilled, cracked or stripped off in a way that creates dust that can be inhaled.

It's the same situation with asbestos floor tile. (Any 9-inch-by -9-inch tile in an old home is likely made with asbestos). It’s safe as long as you don’t sand it, drill it or saw it.

>RELATED: How Much Does It Cost to Test for Asbestos?

As always, consult an expert to see if an asbestos product in your home is safe or requires removal.