A seller’s disclosure tells a potential buyer any issues with the condition of the home that may affect its value or the health of its new occupants. Keep reading for a list of items you’ll want to disclose if you’re selling your house. 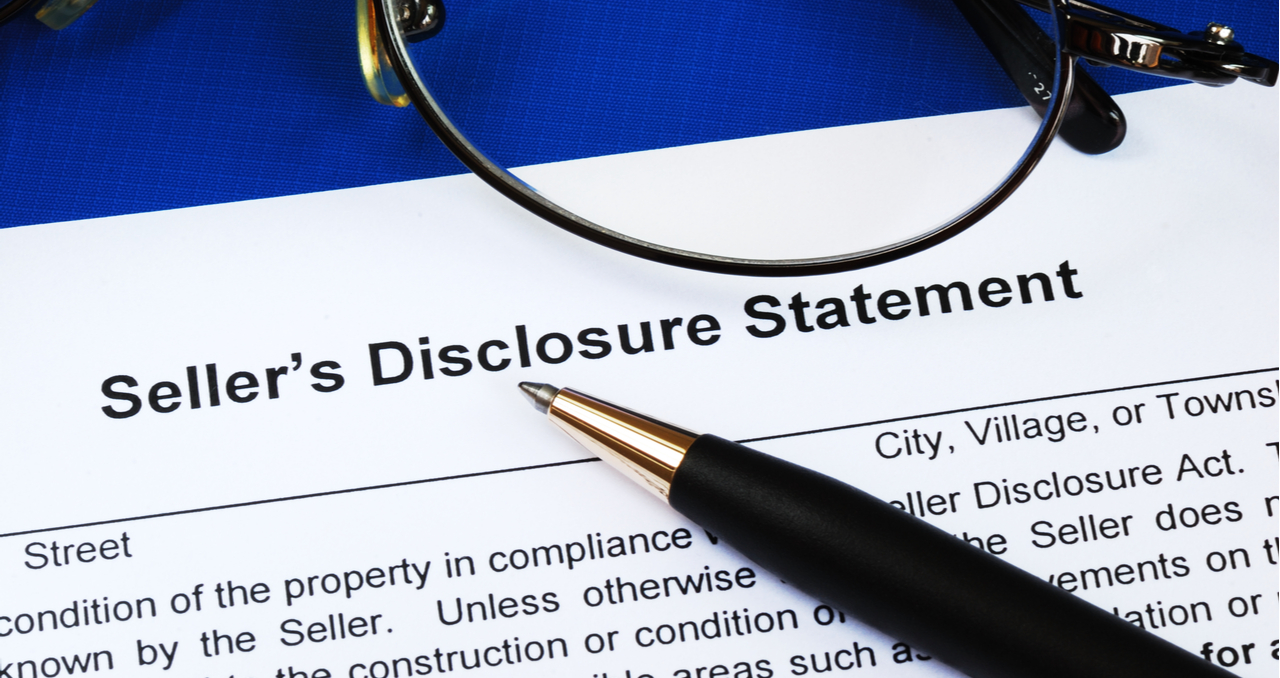 Selling a home requires lots of legal documents and preparations. If you’ve never sold a home before, you may not be familiar with the topic of disclosure. Essentially, “disclosure” is when a seller notifies a potential buyer of known existing issues that may affect the value of the property or may need to be remedied. In most states, this is done through a checklist called a seller’s disclosure form. The seller places a checkmark next to any known issues and then signs the document. However, this isn’t legally required in all states.

What a seller legally needs to disclose varies greatly by the state in which the sale is occurring. That’s why it's best to work closely with a trusted real estate agent who knows the disclosure laws of the city, county, and state where your sale is happening.

As a general rule, you are only required to tell a buyer about problems you know actually exist, meaning you don’t need to hire a property inspector to find new issues you never knew about. However, there are a few states that do require you to disclose potential problems.

When in doubt, it's always best to let a potential buyer know of any problems with the home. Just because it may be legal to withhold information doesn’t mean it's ethical. Plus, any hunches you have about problems with the home may come to light if a buyer requests a home inspection before closing, as they often do.

What Legally Needs to Be Disclosed

If a home was built before 1978, a seller must tell a buyer about any lead-based paint used on the home. Since this is a federal law, it applies to all states. Lead was common in paint until 1978 when the federal government banned it. It was banned in some states prior to that year. Since lead can cause a range of health problems, especially in children, the Residential Lead-Based Paint Hazard Reduction Act requires its disclosure. The language must also be included in the signed purchase agreement.

Under the act, sellers must also provide information to buyers about the hazards of lead-based paint. The Environmental Protection Agency (EPA) produces a pamphlet called Protect Your Family from Lead in Your Home that serves this purpose. Sellers also have to give buyers 10 days to test the home for lead.

Although rules vary from state to state, you should disclose if you believe your house to be haunted or know of any paranormal activity inside. In some states, like Arizona, such a disclosure is required of the seller.

In most states, sellers must disclose if there are (or ever have been) issues with pests. This might include termites, bedbugs, bats, mice, snakes, or even raccoons. The reason for this isn’t necessarily the issue of the pest itself but the damage likely caused as a result of them being there. For example, termites can cause thousands of dollars in damage to the structure of the home and bats can be a sign of a roof issue.

Not only could not reporting known toxins on a disclosure form get you into legal trouble, but it could also affect the health of the buyer and his or her family. Things like mold, asbestos, formaldehyde, or radon are just a few of the toxins that you’ll want to disclose if they’re present in your home. States vary on whether it's required of you or not, but you’ll want to be sure the new owner is aware of any potential health hazards so its best to do either way.

Basement flooding? Foundation cracks? Busted pipe? Property disputes? Easement issues? You’ll want to disclose any and all of those, even if you think you’ve resolved the issue. If it happens again and you didn’t disclose it, your buyer could potentially come after you in court and win their case.

Repercussion for not disclosing known issues like those mentioned above also vary by state. But, they could include being dragged to court, losing your case, and having to pay a settlement, or having to pay to have the problem fixed.

It’s best to avoid that headache, especially while you’re likely getting settled in your new home, and make sure you’re disclosing everything you need to.

Partner with an experienced real estate agent for guidance throughout the complicated home-selling process so you can have peace of mind.