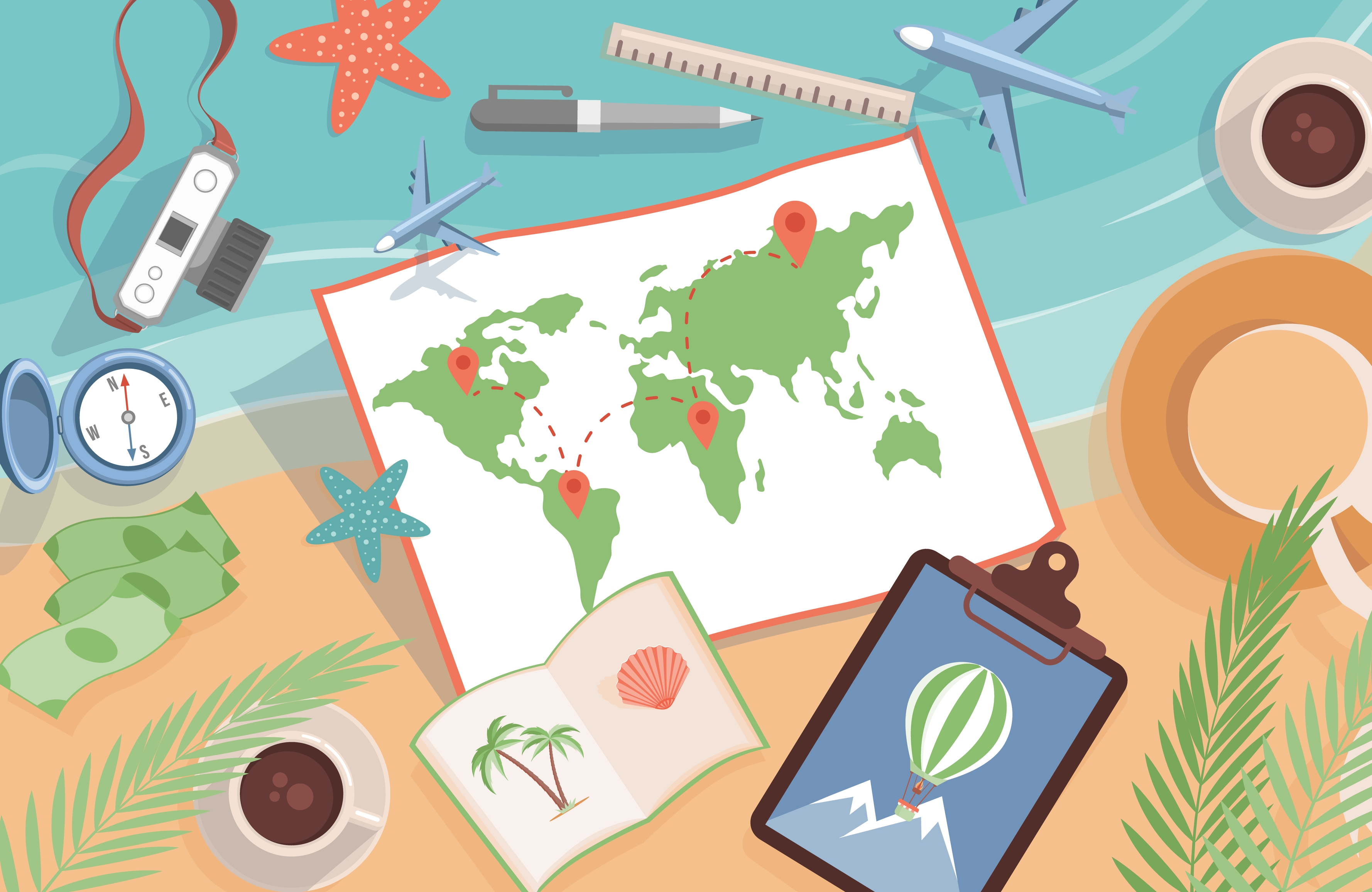 In spite of the lingering pandemic, most Americans (83%) have plans to travel this summer.

For some, this summer will be the first in which they've felt safe to travel since the start of the pandemic. About half (51%) of those who chose not to travel in the summers of 2020 and 2021 have decided to plan a trip in summer 2022.

Following a considerable decline in COVID cases and hospitalizations,[1] this data suggests a public that spent previous summers staying home is indicating it's ready to make up for lost time.

Regardless of their willingness to leave home, most Americans still carry concerns of their travel being disrupted by COVID-19 (62%) or, more recently, the effects of the Russian invasion of Ukraine (62%).

To learn more about this summer's trends in travel and tourism, we surveyed 1,004 Americans about their travel plans, preferences, and apprehensions.

Many Americans who stayed home the last two summers are taking trips this time around. Just over half (51%) of those who reported no summer travel in 2020 and 2021 have plans to travel this summer.

This summer, Americans plan to travel for:

A higher number of people traveling means more money spent on trips. Nearly half of Americans (43%) plan to spend more on summer travel this year compared to a typical summer before the pandemic.

Those Americans planning to spend more expect to increase their spending by $3,500 while traveling this summer. About 27% of Americans plan to spend less, and that group anticipates a median decrease of $2,500.

Just 30% of Americans say their summer travel spending will be the same as before the pandemic.

Plans to go abroad might account for some of Americans' increased spending on travel. More than one in three American travelers (37%) are planning international vacations.

Americans with plans for a summer trip are traveling:

For those crossing borders, the top destinations include North American countries outside of the U.S. (49%), Western Europe (37%), and Eastern Europe (34%).

The most popular international destinations this summer are:

Instability outside the U.S. is impacting how Americans feel about traveling. A majority of American travelers (62%) are concerned that the Russian invasion of Ukraine could affect their plans.

American travelers say they are:

Of Americans planning to travel to Eastern Europe, about four in five (79%) are concerned about the invasion impacting them, with 45% very concerned.

Somewhat surprisingly, when looking only at Americans who plan to travel within the U.S., a majority (56%) still say they're concerned about the invasion affecting their plans — possibly due to higher gas prices making driving less affordable.

Only 30% of Americans Would Feel Safe in Eastern Europe

As the invasion of Ukraine continues, only about 30% of Americans say they'd feel safe in Eastern Europe right now.

Only the Middle East (26%) and Africa (29%) scored lower when Americans were asked which places they'd feel safe traveling to.

COVID is still on the minds of American travelers despite relatively low case counts. Although more Americans are planning to travel this summer, most (62%) report concerns that the pandemic could affect their plans.

When it comes to COVID impacting their travel plans, Americans are:

That sense of caution is reflected in the finding that 86% of travelers say they're prioritizing bookings with flexible cancellation policies.

Travelers, however, aren't yet rushing to cancel their plans. Despite their concerns about COVID, three-quarters of Americans (75%) say they feel comfortable traveling now. That number is up from 55% in 2021 and 47% in 2020.

About 17% of Americans have no travel plans this summer. Of that group, 39% say the pandemic was a factor in their choice to stay home.

If the COVID-19 situation were to significantly improve, 39% of non-travelers say they would likely consider traveling this summer:

Overall, the most commonly cited reason for not traveling this summer was cost. More than half of non-travelers (51%) say they don't have the budget for a vacation.

Following a court decision in late April, U.S. transportation officials announced they will no longer enforce the mask mandate for flights that had been imposed early in the pandemic.[2]

More than two-thirds of Americans (68%), however, still support requiring masks for air travel:

A smaller yet still significant majority of Americans (61%) support vaccine mandates while traveling:

The Most Common Vacation Activities Include Going to the Beach, Touring Cities

For Americans who plan to travel this summer, the most popular getaway activity is going to the beach, with nearly three in five travelers (58%) planning to do so.

On summer vacations, Americans plan to:

In terms of travel priorities, Americans at large say they care most about seeing new places (92%) and relaxing (92%).

The top priorities for Americans on summer vacations include:

Travel by Plane, Road Trips Are the Most Popular Ways of Vacationing for Americans

Of Americans who plan to travel this summer, the most common way of getting to their destination is by plane (43%).

The most popular ways Americans plan to travel this summer include:

Americans plan to travel with their:

The average length for each trip varies widely. About one-third of American travelers (33%) expect their typical outing to last four days or less — also known as a micro trip.[3]

On April 5-6, 2022, Clever conducted a survey of 1,004 American adults. Each respondent was asked up to 20 questions about their summer 2022 travel plans, travel spending, and concerns about travel.

How popular is international travel in 2022?

About 37% of Americans plan to travel outside the U.S. in the summer 2022. The most popular destinations include other North American countries (49%), Western Europe (37%), and Eastern Europe (34%). Learn more.

What is a micro trip?

Micro trips are abbreviated vacations of about four days or less. About 33% of Americans with summer travel plans for 2022 say they expect their trips to last one to four days. Learn more.

More than two-thirds of Americans (68%) support requiring masks on flights to limit the spread of COVID as of April 2022. Among Black Americans, 74% support mask mandates on planes. Learn more.