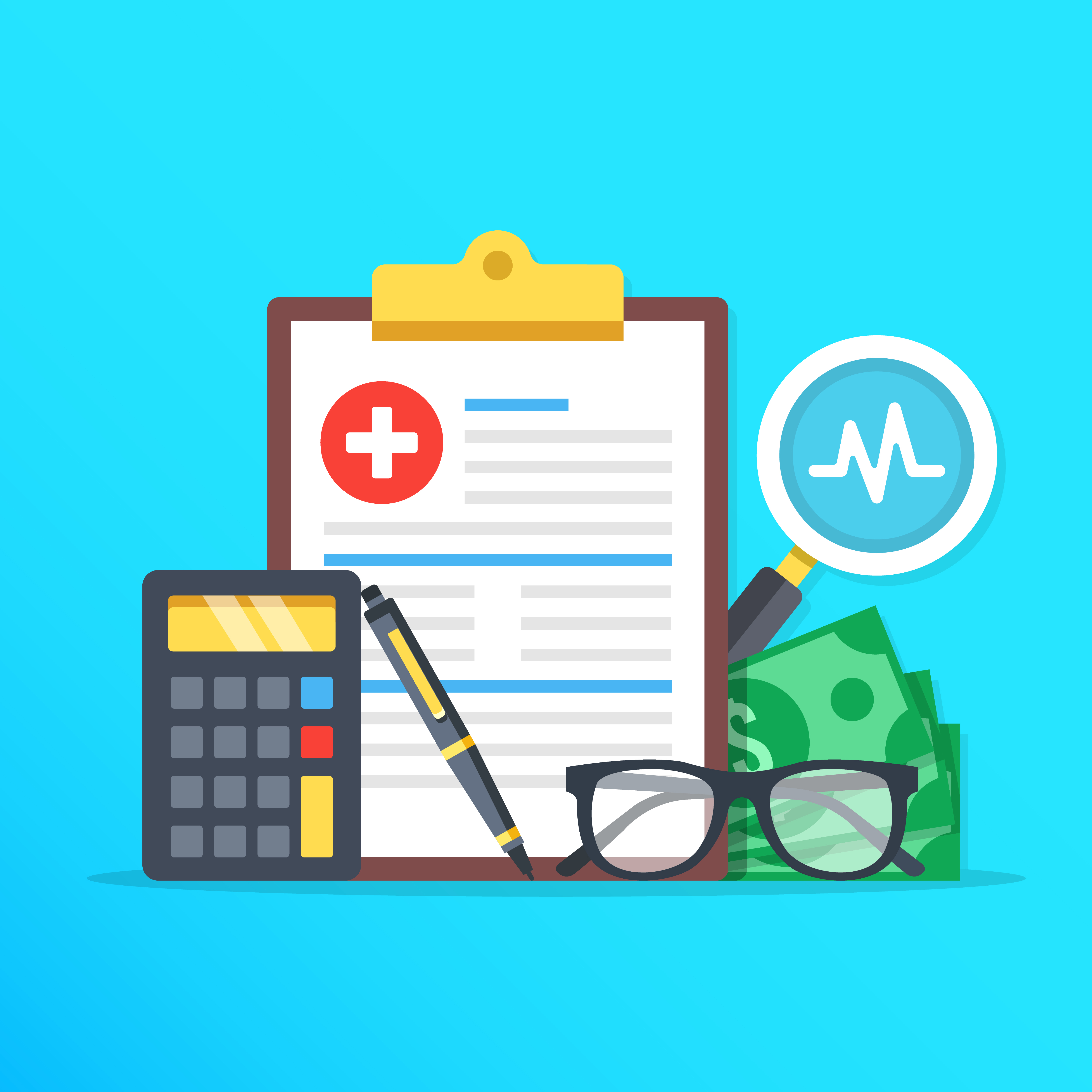 Healthcare costs in the United States seem to be at an all-time high: A visit to the emergency room could cost $3,000 just to be seen by a doctor and the average cost of delivering a child without complications is $10,800 (up to $20,000 without insurance). That’s a stark difference from the $3,000 that our neighbors in Canada spend on childbirth.

There are obvious differences between Canada’s single-payer system and the U.S.’s hybrid system in terms of overall individual costs — like tax allocation toward healthcare and insurance premiums — but even when assessing healthcare costs across the board, the U.S. comes in behind the curve. In 2017, $3.5 trillion was spent on healthcare nationwide — that’s the largest single share of the U.S. economy at nearly 18% of the gross domestic product (GDP). Compare that to other high-income countries, which only spend about 11.5% of their GDP on healthcare and still rank higher on Healthcare Access and Quality Indices.

For income information, we analyzed data using Census estimations of median household income (1984-2018), retrieved from the Federal Reserve Bank of St. Louis. Insurance coverage rates from 2008 to 2017 were from the Kaiser Family Foundationand those from 2018 and 2019 were Census summaries of the Current Population Survey Annual Social and Economic Supplement of the American Community Survey. All dollar figures were adjusted for inflation using the Consumer Price Index with 2018 as a reference point to depict real change over time.

We analyzed household-level annual spending in four categories of healthcare:

The reason behind those divergent trends is unclear, but it might have something to do with regulation changes that occurred in the 1980s. Previously, the price tag for a health service was only slightly higher than the actual cost. But in 1983, Medicare began paying a fixed fee based on medical diagnoses, resulting in revenue-boosting, cost-reduction strategies. That corporatization of hospitals and for-profit health insurance companies’ foothold in the market catalyzed drastic increases in healthcare costs, with the burden landing on American families.

Healthcare costs have grown at a slower rate than inflation (141%) since 1984, but the affordability of healthcare is of concern as the median annual income in the U.S. has only increased by ~18%. As a result, people are spending a larger proportion of their wages (8%) on healthcare now than they were in the mid-80s (5%). What’s worse is that the share of income allocated toward insurance and out-of-pocket healthcare costs are higher for people with lower incomes.

About 50% of Americans are insured through employer-sponsored insurance plans (ESI), which distributes the cost of coverage across the employer and employee. The obvious issue here is that both insurance companies and most employers are for profit, increasing the likelihood that the financial liability will eventually land on the worker.

We considered family coverage as any employer-sponsored insurance plan that covered the worker and at least one other person. Real premium costs (i.e., those adjusted to 2018 dollars) have increased 125% since 1999. While workers’ contribution to those premiums have consistently hovered around 26-31%, that $10,888 increase in premiums means the worker is left paying more. In that same time period, the employee and employer contributions have increased at different rates: Employee contributions have increased 141% while the employer only pays 120% more than they were at the turn of the century.

An alternative to employer-sponsored insurance is nongroup (also called direct purchase) private insurance. This type of plan is purchased directly from an insurance broker by the individual instead of through an employer. One of the most prominent benefits of nongroup insurance is that it allows people to have coverage even if they aren’t employed or don’t have affordable options through their employer. Overall, the premiums for nongroup plans are lower than those of group (employer-sponsored) plans but as the entire cost is the responsibility of the insured, the insured and their family may end up spending more on premiums annually.

That 67% increase was far smaller than the 141% increase in employee contributions toward employer-sponsored insurance plans. Note that the ESI premiums are for non-single or family plans, but single premium contributions also increased by 99% during that same time period. The slower growth in nongroup premium costs left those on direct purchase insurance plans paying an equal share of their income toward premiums (10%) as those on ESI plans in 2018. In other words, on average, people enrolled in a private insurance plan pay about the same amount (~$5,700) annually toward premiums.

In addition to those shocking increases in premium costs, most insured also pay a share of the medical services they receive in the form of deductibles, copayments, or coinsurance.

Compare that to 2018, when the average annual deductible was 113% higher at $1,573. Higher deductibles can probably be attributed to the shift in the distribution of plans: 67% of insured people were on high-deductible plans. Those plans typically have lower premiums, but people with high deductibles have concerns about healthcare affordability and are more likely to delay or avoid care than those on lower-deductible plans.

Copayments and coinsurance are similar types of charges; the insured is required to pay some amount toward medical services rendered. The difference is that a copay is typically a predetermined monetary amount (e.g., $20 to visit a primary care physician), whereas coinsurance is a proportion of the medical service.

Both have increased differently from 2007 to 2018: Copayments increased almost 10% for primary care physician visits and over 11% for specialty physician visits. Coinsurance percentages have remained relatively steady, but the price of most medical services has increased, meaning those with coinsurance are spending more now than they were in 1999.

Insurance Premiums in the 2000s

Because deductibles, copayments, and coinsurance vary greatly based on people’s use of health services and the type of plan they’re on, we evaluated insurance premiums to depict healthcare costs over time. We focused on 2000 through 2019 specifically to reflect more-recent changes related to economic and policy changes.

In the early 2000s, employee and employer contributions to premiums grew at similar rates (7%) and nongroup premiums increased ~5% (between 2002 and 2005), while income was stagnant during this time, resulting in higher percentages of people’s income going toward insurance premiums.

The Great Recession and healthcare policy changes in the mid-2000s have impacted the overall economy and healthcare. In 2008, the economy took a dive, which led to a drop in median household incomes of an average of -2% per year. Meanwhile, employer and employee premium contributions continued to increase an average of 2% and 5%, respectively, and nongroup premiums dropped an average of ~6%.

One of the most problematic characteristics of insurance plans prior to the mid-2000s was that people’s premiums were largely driven by their health status and individuals could be rejected or required to pay inflated premiums if they had pre-existing medical conditions. In 2015, there were an estimated 52.2 million Americansunder the age of 65 who could be denied coverage under the previous regulations.

To deal with some of the issues presented by previous reform policies and effects of the recession, President Obama enacted the Affordable Care Act (ACA) in 2010. The law mandated that all Americans have minimum healthcare coverage lest they face a fine. Additionally, insurance companies could not deny coverage because of a pre-existing medical condition and premiums could no longer be determined by the individual’s health status.

Between the birth of the ACA in 2010 and 2017, the percentage of Americans who were uninsured decreased by 44%. The drop in those who were uninsured was likely related to the ACA policies: many previously uninsured people enrolled because of the new lawand more people were eligible for insurance overall.

Premium rate changes during this time could also help explain the changes in insurance coverage. Employee premium contributions increased 15% and employers were spending 19% more; meanwhile, the percentage of the population who were enrolled in ESI plans remained stable.

Nongroup premiums also seemed to increase (10%) during that time but when examining annual changes, it’s clear that recent spikes in premiums inflate that figure. Between 2010 and 2016, premiums actually decreased (-6%), at which time the percentage of those with coverage who were enrolled in nongroup plans increased by 32%. From 2016 to 2017, premiums jumped 151% and the percentage of Americans enrolled in these plans decreased by 7%.

Income during this time only increased 10%, so people’s contribution toward nongroup premiums weren’t outgrowing income. People on ESI plans, however, were spending a larger share of their income on insurance premiums in 2017.

Overall, the ACA achieved a few things it set out to do: more people were insured and nongroup plans became more affordable, making insurance accessible to more Americans.

In 2017, the Trump administration proposed to replace the ACA with the American Health Care Act (AHCA). The plan was not passed but some proposed changes have since taken place — like removing the individual mandate, which allows people to go uninsured without penalty.

Between 2017 and 2018, the percentage of people without any insurance increased by 3%. In contrast, a larger proportion of insured Americans enrolled in ESI plans (11%). The premiums for those plans increased by 2%, and, interestingly, the employee was paying 5% less toward premiums than they were previously.

More of those covered were enrolled in nongroup plans (66%), as well, despite the fact that their premiums increased by 75%. Median household income only grew by 1% during this time.

In a short time, we’ve seen a shift in the affordability of nongroup insurance plans but not much change in ESI plans. While the overall effect of that might not be huge considering most Americans are covered through ESI, the burden of higher nongroup premiums disproportionately impacts lower-income and unemployedAmericans, and likely contributes to the increase in people who are uninsured.

The Future of Healthcare Costs

While the ACA was the most ambitious policy change related to healthcare in the recent past, we have seen dramatic shifts in healthcare costs, insurance practices, and the overall affordability of care as a result of less caustic changes. Reagan’s deregulation policies caused substantial market changes and the current policies tend to reflect the spirit of fewer federal regulations, so it’s certainly possible that the current administration’s policies could have lasting effects.

The U.S. is already experiencing some trends that are likely a result of healthcare policy changes: In 2019, we continued to see more people going without coverage (up 7% from 2018). Those who are insured seem to be opting for alternative plans as ESI plans (-2%) and nongroup plans (-6%) both account for a smaller proportion of insured Americans now than they did last year. If these trends continue, we may see spikes in insurance premiums to mitigate losses in revenue.

More evidence that healthcare spending will continue to grow comes from the Congressional Budget Office (CBO), which predicts that government spending on healthcare will grow at a faster rate than the economy over the next 10 years, at a faster rate than it has in recent years, which may be based on expectations for upcoming healthcare-policy changes. While their projections are related to government spending, private and public (government) sector spending tend to be directly related, so it’s reasonable to assume household spending might continue to grow as well.