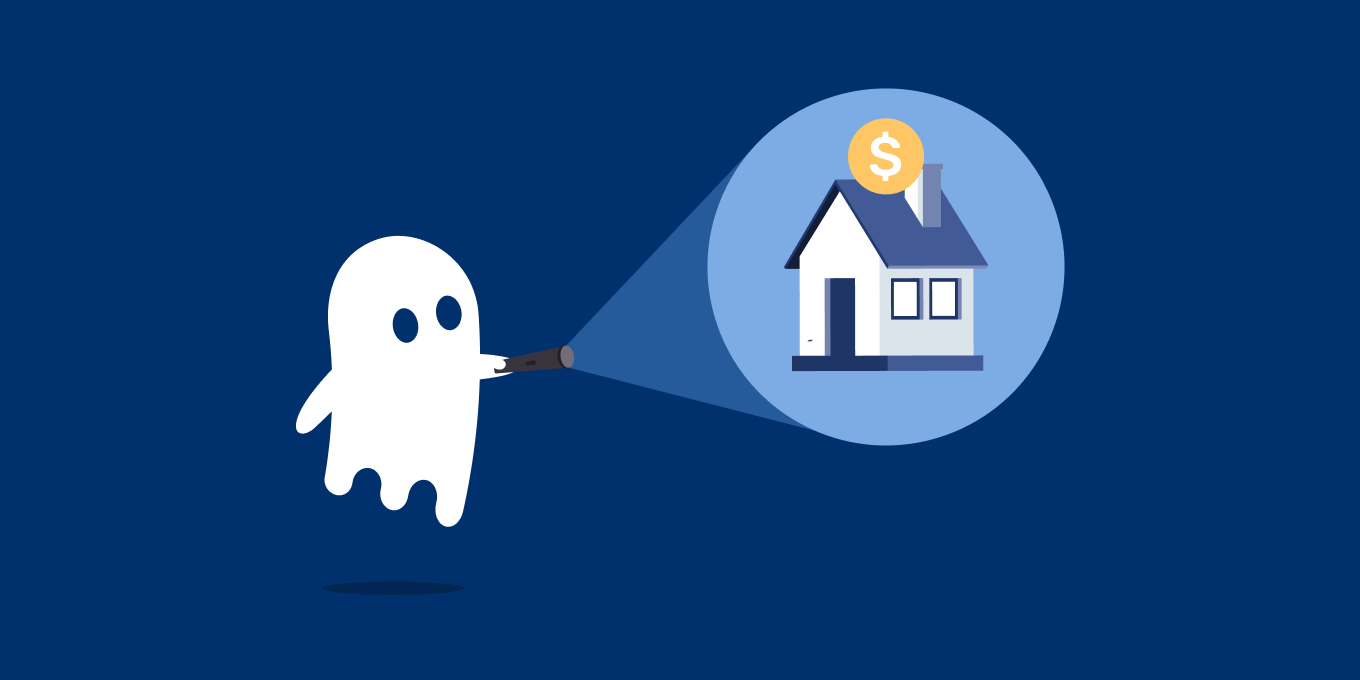 October in the United States brings cooler weather, pumpkin spice lattes, and spooky wardrobes. Creepy haunted houses and ghosts seem to be lingering around every corner for the entire month, but that might be as far as the fantasy goes for many who don’t believe in the supernatural. But considering 1 in 5 Americans have seen a ghost, supernatural concerns could be a reality for home buyers.

People’s willingness to buy a potentially haunted home depends on a number of factors. Fears of spirits appearing inside mirrors on a stormy night is enough to deter some, but others would pay for such an opportunity. According to Trulia, hauntings reduce a home’s value more often than not. There is a similar trend with famous murder homes: people just don’t want them. Less commonly, these creepy homes are seen as a commodity or folks take advantage of the lower price.

We surveyed 1015 Americans to assess whether people believe in the supernatural and to what extent the creepiness factor of a home deters (or perhaps attracts) buyers compared to negative characteristics, like being located near a waste management facility.

The results suggest that people are much more concerned with the potential for crime than they are being haunted by ghosts: Over 75% of our respondents said they’d be less likely to buy a home if it was located in a crime-heavy area, near a prison, or was previously used as a meth lab. In contrast, only 54% were put off by the idea of purchasing a haunted home.

What characteristics about people influence their willingness to buy creepy houses? We set out to answer that question using chi-squared analyses to assess differences in whether people were more or less likely to purchase a home given a specific characteristic based on their supernatural beliefs, supernatural experiences, previous home ownership, age, and gender.

Who believes in the supernatural?

Interestingly, the states with the highest concentration of paranormal believers weren’t always where ghosts like to reveal themselves. Instead, Missouri (50%), Oklahoma (42%), Colorado (40%), New York (38%), and South Carolina (38%) were top-ranking. Arizonans (0%), Minnisotans (8%), Tennesseeans (11%), North Carolinians (11%), and Pennsylvanians (13%) had the fewest encounters with the paranormal.

Would you buy a creepy house?

While the creepiness factor of a home is subjective, we considered a home to be “creepy” if it met one of the following criteria:

Not only are believers and those who’ve experienced an event more likely to buy a house because it’s haunted, they’re also willing to pay more! Almost half of those who reported they’d pay more for a home that was haunted reported they’d pay up to 50% more. People who reported having experienced a supernatural event in their home were 13x more likely to pay more for a haunted house than people who had never had a supernatural experience.

Those who didn’t believe in ghosts weren’t exactly willing to risk the possibility, though. In fact, most reported they’d be less likely to buy a home if it was haunted (~50%).

The fact that people who report not believing in the supernatural aren’t immune to the high creepiness factor is a bit surprising. Knowing a murder occurred in your home is one thing,but haunted houses are a different story. If you don’t believe in ghosts, why not buy the house?

One possibility is that people are concerned about mysterious noises. Those noises could be indicative of something more prejudicial, like a crack in the water heater or a pest infestation. Potential buyers might be more worried about future maintenance costs than the presence of spirits.

Still, there’s likely a bit of cognitive dissonance going on for home buyers who supposedly don’t believe in the supernatural.

The majority of the baby boomers in our sample had owned a home previously, while only about two-thirds of millennials were owners. Interestingly, though, we didn’t find that boomers were more willing to buy creepy homes. In fact, millennials were more likely to buy every type of home we described than boomers.

Generational differences aren’t exactly new. Boomers and millennials have experienced much of adulthood differently, and their home buying preferences could certainly result from similar economic disparities.

Millennials have waited longer to take on large financial burdens, like buying homes and starting a family than their boomer counterparts did, which is likely related to their substantial student debt, low wages, and the lack of affordable housing. When they do purchase homes, millennials’ financial constraints seep in to what they’re willing to put up with, as well. Many (31%) are interested in spending under $200,000 which can severely limit their options in throughout much of the country. In a previous report, we noted that 67% of millennials are willing to buy a fixer-upper, which jives with our current finding and suggests millennials might be more willing to deal with character flaws, like faint whispers in the dead of night.

The tendency for women to disregard creepy homes could be a microcosm of larger gender differences in buying and shopping habits. As consumers, women are more reliant on emotional and psychological characteristics of an item, while men tend to focus more on utility. Women are also more likely to “shop around” and spend more time considering multiple options than men.

We assessed states that had more than 10 respondents to examine differences in geography. There were 30 states that fit our criteria.

Of those 30 states, Missouri landed the #1 spot on a number of metrics. Missourians were most likely to purchase a haunted house and reported they’d pay more for that house 30% of the time. Half of Missourians were more likely to buy a home near a cemetery and one-third were also willing to buy a house where someone was murdered or where someone died of natural causes.

New Yorkers and Ohians were also open to creepiness: over 20% of respondents from each state said they’d be more likely to buy a house if it was reported haunted.

Our data suggests you might want to think twice before buying those haunted homes.

Over half of our respondents said they would be less likely to buy a home if it was haunted, and that number was higher for certain demographics, like baby boomers. Therefore, resale might be difficult — especially if you publicly claim your home is haunted.

Chances are you’ll come across at least one haunted home if you’re looking to buy: Nearly one-third of our respondents said they have experienced a supernatural event in their home.

While most states require that homeowners or real estate agents disclose facts about their home like whether someone was murdered there, many don’t have any provisions on disclosure of hauntings like New York’s ghostbusters ruling. Considering a majority (70%) of our respondents said knowing a house was haunted would impact their decision to buy, disclosing that information could make selling a bewitched home more difficult and, therefore, might entice sellers to stay quiet.

We asked respondents whether they’d disclose that their house was haunted if they weren’t legally required to do so. Not surprisingly, significantly more people said they wouldn’t. Whether people would or would not disclose wasn’t different across generations but people’s supernatural beliefs, supernatural experiences, and whether they’d owned a home previously seemed to make a difference.

The data reported here were the results from an online survey funded by Clever Real Estate. The survey was designed using SurveyMonkey and distributed via Mechanical Turk. The respondents were volunteers who participated for $1.00. The survey was available for response between October 11-16, 2019.

All differences were statistically assessed using Chi Square Tests of Independence, which analyze the probability that two categorical variables are independent of one another. In other words, whether responses on one measure are independent of responses on another measure (e.g., supernatural beliefs and whether one would pay more or less for a haunted home). Variables were considered significantly related at the p < .05 level.