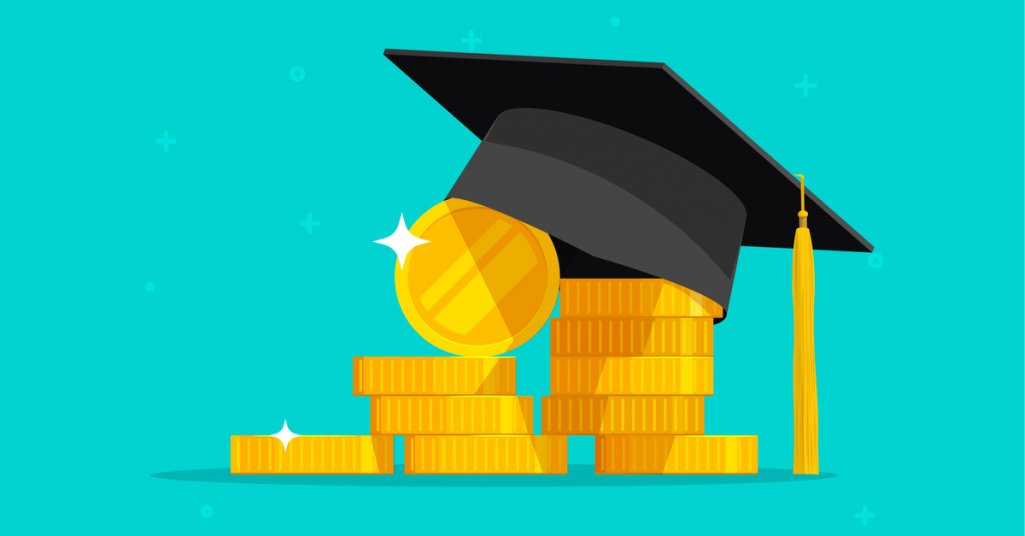 It’s that time of year: graduation caps are flying high and optimistic twenty-somethings are entering the workforce, ready to take on living the “real world.”

Unfortunately, it seems the next generation of college graduates might be in for a rude awakening.

A recent survey from Clever suggests that the average college student has seriously unrealistic expectations for both their early and mid-career salaries.

Bushy-tailed and bright-eyed, the average Generation Z undergraduate expects to make $57,964 one year out of college, while the national median salary is $47,000 for recent grads with bachelor degrees who have between zero and five years of on-the-job experience.

Are these students simply getting in-demand degrees that command higher salaries, or are they setting unrealistic expectations that lead to disappointment?

As a growing startup, we need to know how to attract and hire exceptional graduates from across the country, so we decided to survey the next generation of talent.

The following analysis will break down key findings from a survey of 1,000 undergraduates, digging into their salary expectations and career goals after college.

We’ll compare men and women, freshmen and seniors, computer science and humanities majors, and dive deeper into the salary expectations vs. the (often stark) reality of life after college.

The average undergraduate overestimates how much they’ll make after college by more than $10,000

On average, students that graduate with a four-year or graduate degree will earn about 23% less than they expect to right out of college. This percentage is consistent with a study conducted earlier this year that surveyed 7,000 college students[2] about their salary expectations.

Analysts found that the median expected salary after graduation was $60,000, which is consistent with the $57,964 average our respondents expected. The students we surveyed were pursuing careers in a variety of fields, but they often overestimated the value of their degrees right out of college.

Students with engineering and humanities degrees tended to have realistic expectations about their salaries, while nursing and computer science majors actually underestimated the value of their degrees.

Meanwhile, we've classified business majors as the most delusional college students of all, expecting early-career salaries 31% above the national median!

The disappointment of salary expectations vs. reality might have many young adults holding onto their hard-earned cash instead of spending it.

A University of Michigan study[3] shows that young adults under the age of 35 have reduced their spending compared to previous generations.

The study points to weakened job prospects, delayed marriage, and student debt as the primary causes, but we also need to consider that college graduates are discouraged by their middling salaries upon their entry to the workforce.

College graduates with lower-than-expected salaries might be inclined to save their money and pay off debt — and there is a lot of debt to be paid off! According to the Institute for College Access and Success[4], borrowers in the Class of 2017 owe an average of $28,650 each.

The optimistic economist might say that young adults will ramp up spending once they gain experience, but we found that the average undergraduate overestimates how much they’ll be making by mid-career – 10 years out of college – by about $15,000.

Once again, business students rank as the most delusional undergraduates. 81% of the undergraduate borrowers we surveyed indicated they’d be putting off major life decisions because of their student debt, from buying a house to having children.

Students expect college to be a career game changer from the get go, but the truth is that building a career takes time, hard work, and practical experience. Meanwhile, the margins on getting a college degree are slimmer than ever.

Census[5] and NCES data[6]show that the cost of a four-year degree has drastically risen since the 1990s, while bachelor degree earnings remain largely the same.

College students see the high sticker price attached to college and assume they’ll be making serious money out of college, but the reality is the return on investment isn’t nearly what it was a few decades ago.

The reason for this is simple: most freshmen and sophomores haven’t gotten into their degree course work, instead focusing on general education classes.

If you haven’t learned more about the job market in your field, your salary expectations won’t be aligned with reality. Unfortunately, many students don’t have a realistic picture of the job market until they’re three or four years into earning their degrees.

A self-fulfilling prophecy? Women expect lower salaries than men, even when they’re pursuing the same degree

On average, women expect to earn about $4,300 less than men after college. While many argue the gender pay gap can be attributed to women opting for lower paying careers, we found that women often expect lower pay in the same fields.

Differences in expectations were most pronounced in male-dominated fields like economics, engineering, finance, and accounting.

However, in fields that attract women, e.g., nursing, life sciences, communications, and journalism, they expected higher salaries than men. This implies that women expect higher salaries when they go into professions that aren’t dominated by men.

New research[7] from the Census Bureau shows that obtaining a bachelor’s degree or higher actually widens the gender pay gap between men and women. Educated women earn 74 cents for every dollar men make, compared to 78 cents for female workers without a college degree.

Digging into the Census Bureau data further, we can see that the gender pay gap exists across thousands of occupations and professions that require a college degree. Women who hold a bachelor’s degree or higher make $21,285 less than men who hold the same degrees.

Unfortunately, many women believe they deserve less money in the same occupations while they’re earning their degree. This suggests part of the gender pay gap is a self-fulfilling prophecy, where women expect less and don’t negotiate for higher salaries, and men expect more and negotiate for higher salaries. A joint study from the University of Texas and Columbia University[8] found that women tend to hedge their assertiveness using fewer competing tactics (e.g. aggressive negotiating) and obtain lower outcomes.

Per the study, “In self-advocacy contexts, women anticipate that assertiveness will evoke incongruity evaluations, negative attributions, and subsequent “backlash.”

This doesn’t mean women don’t want higher salaries. Our survey found that the number one reason students go to college is to earn more money throughout their career, regardless of their sex. In fact, women are more likely to go to college for monetary reasons.

While millennials have become known for seeking out employee benefits like casual Fridays, unlimited PTO, and ping pong tables, the next generation of college graduates have their eyes on the prize.

Competitive salaries and company-paid insurance plans rank as the most popular benefits among Gen Zers. This generation takes a pragmatic approach to going to college; their aim is to make more money than they would without a degree.

Employers should focus on benefits that will appeal to every employee, like high-paying salaries, covering top-notch insurance plans, and company-matched retirement plans.

Ultimately, undergraduates aren't as optimistic about college as previous graduates. We found that only 37% of undergraduates believe college is worth the cost compared to 50% of college graduates from a 2015 Gallup poll[9].

It’s possible that undergraduates are overwhelmed by college and struggling to see the opportunities college provides. This next cohort might find fulfilling jobs after college, but rising student debt and unrealistic salary expectations could lead to further disappointment.

The proprietary data featured in this report is derived from a survey commissioned by Clever Real Estate and conducted by Pollfish. In total, Pollfish surveyed 1,000 college undergraduates about their salary expectations. The survey was distributed using organic sampling on May 22, 2019 and ran until June 4, 2019.

Any respondents expecting below $20,000 early career salaries were recorded as outliers and not used to calculate average salary expectations. These respondents were often applying for internships or graduate school positions, not full-time jobs.

PayScale’s college salary data was used to calculate the median early career salary of every college major recorded by PayScale. PayScale data was also used throughout the study to compare student salary expectations with the national median.