Wyoming is a place where the spirit of the Old West is still alive, and it offers everything from good schools to world-class skiing, rugged mountain vistas to wide open spaces. 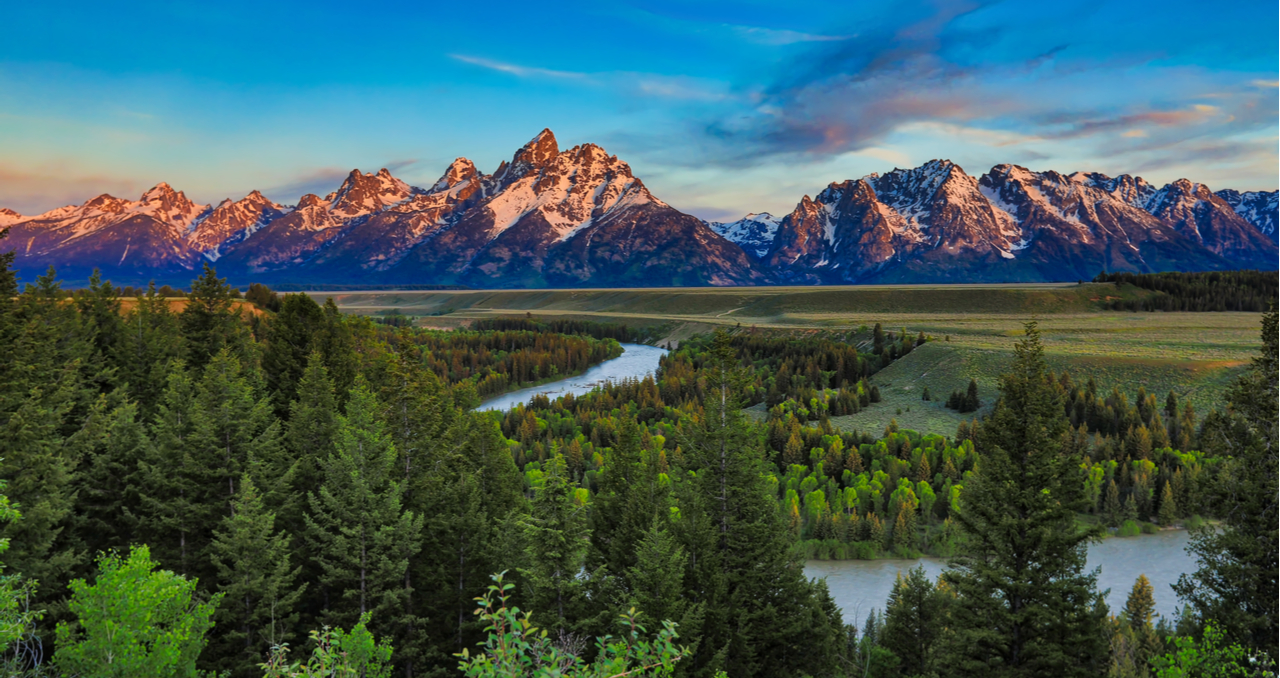 Wyoming is one of the last places in America where the Old West is still vibrant and on display, a state full of unironic cowboys and rugged landscapes right out of a Cormac McCarthy novel.

Its sparse population (second only to Alaska) and natural grandeur make it the perfect state if you're looking to live a romantic life of rugged individualism — or if you just like to go on hikes and hate waiting in lines.

Here's everything you need to know in order to decide whether or not moving to Wyoming is the right choice for you.

Top 5 Reasons to Move to Wyoming

A dollar goes farther in Wyoming than almost anywhere else in the country. In Cheyenne — Wyoming's largest city with a population of just under 65,000 — the cost of a prime apartment is only $140 per square foot, compared to $236 per square foot for the rest of the country.

Not only does your dollar go farther in Wyoming, but you also get to keep more of them. Wyoming has one of the lowest tax rates in the United States; there's no individual income tax, no corporate income tax, and sales and property taxes are among the lowest in the country.

Wyoming boasts two national parks (Yellowstone and Grand Teton), 12 state parks, five national forests, and four wildlife refuges. The state also has one of the lowest rates of light pollution, making the simple act of looking up at the night sky a nearly psychedelic experience.

Don't want to see your neighbors? You won't have to. Wyoming has the second sparsest population of any state (Alaska is number one) and is the least populous state overall.

Jackson Hole is considered by many experts to have the greatest skiing in North America, with a world-class lift and accommodations ranging from luxury hotels to rustic lodges. You can also go mountain climbing, whitewater rafting, hunting, or on a wildlife safari.

Quality of Life in Wyoming

As you might expect from an uncrowded, naturally breathtaking state, the quality of life in Wyoming is very high by most conventional measures.

Wyoming public schools are very good, ranking seventh in the nation overall, including first in school finance and ninth in equity of education.

Both violent and property crime are very low in Wyoming, coming in at about a third lower than the national average.

Wyoming is also strikingly unpolluted, boasting some of the best air quality in the nation — Cheyenne came in first out of all U.S. cities for levels of year-round particle pollution.

Wyoming also has some of the greatest national parks in the country. Yellowstone, which was the world's first national park, averages over four million visitors a year and is home to well-known attractions such as the Old Faithful geyser.

There are also the Grand Teton mountains for hiking and climbing, world-famous Jackson Hole for skiing, and the iconic Devil's Tower for use as a spectacular backdrop in your Instagram photos.

When you've gotten your fill of the great outdoors and are ready for some sushi, cities like Casper, Cheyenne, and especially Laramie — home of the University of Wyoming — feature cultural offerings on par with many other Western states, including restaurants, arts spaces, and boutiques. Truly the best of both worlds!

Wyoming's economic outlook is rosy! In addition to the previously mentioned tax advantages, the present economy, which is heavily dependent on extractive industries (mostly coal), is quite stable.

The state has heavily invested in an economic diversification initiative called ENDOW, which aims to jumpstart the tech and innovation sector in Wyoming by investing in computer science education and local talent incubators.

Wyoming's median household income, at $61,037, is higher than the national average, and the state boasts a very low unemployment rate of 3.8%.

After years of 1-2% annual gains in home value, 2018 saw Wyoming home values make a substantial leap of 5.8%, and experts are forecasting an additional 3% rise in the coming year.

The median home value in Wyoming is $226,300, which isn't far off the national average — but keep in mind that in a state this sparsely populated, that's a very healthy price.

If you're looking to be a landlord, the state's median rent price is $1,100, which is on par with many denser metropolitan areas.

In many ways, Wyoming is a throwback to a simpler time. People are friendly and spread out, the cost of living is cheap, the public schools are good, and the crime rate is low.

If that sounds like a good deal (and why wouldn't it?), Wyoming might be the state for you.

The next step would be to find a knowledgeable and experienced local real estate agent to recommend the right city and neighborhood for your needs, and to help you find a suitable property and financing.

If you're interested in speaking with a top-rated buyer's agent in Wyoming, Clever can help!

Fill out our online form and one of our representatives will be in touch to answer any questions you might have and connect you with a local Clever Partner Agent for a no-obligation consultation.