Utah has seen a steady rise in newcomers from around the world. They’re adding to the diversity and vibrancy of the state. What’s all the hype about? Here’s more on the Beehive State and its quality of life, economic outlook, and housing market forecast for 2019. 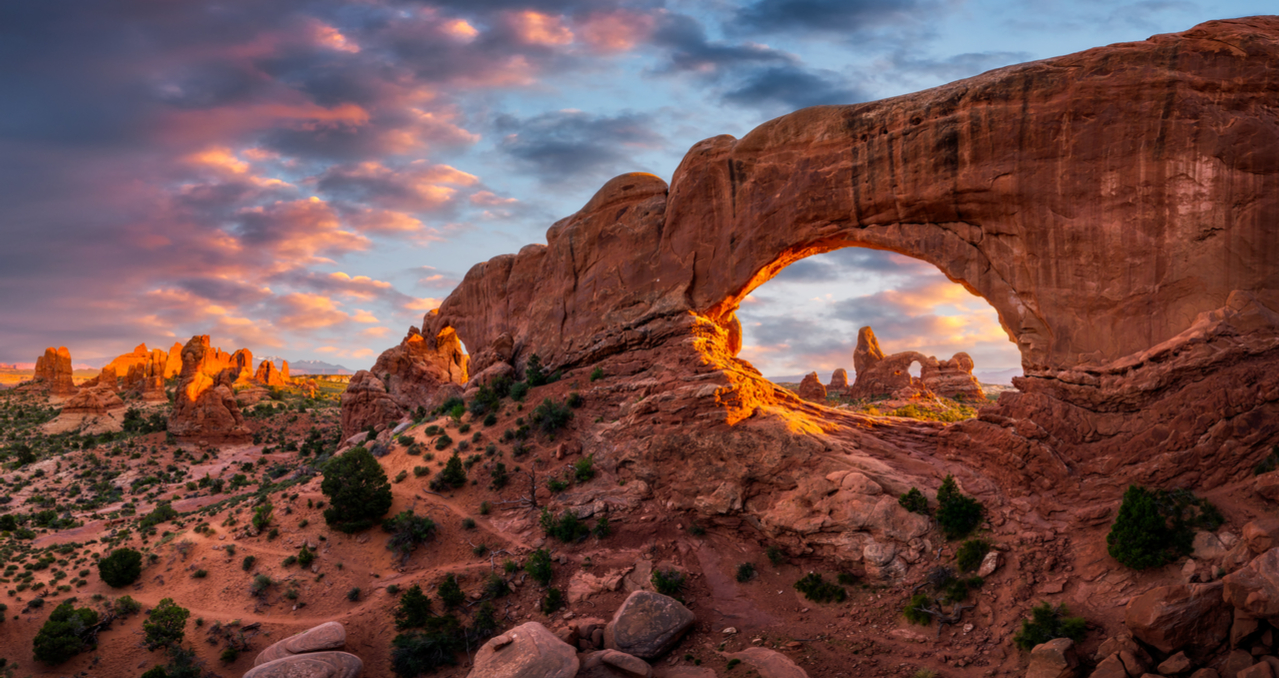 If you’re considering moving to Utah, you have a lot of company. It’s attracting more and more new residents every year. Many are looking for its outdoor lifestyle, its laid back pace, and its family-oriented communities.

Below are just some of the key reasons you should consider moving to “The Beehive State.” Read on for more information on Utah’s general quality of life, economic outlook, and housing market forecast for 2019.

Top 5 Reasons to Move to Utah

1. There’s So Much to Experience

Utah makes it impossible to be bored. It hosts the Sundance Film Festival every year in Park City, there’s the three-day Dark Arts Festival in Salt Lake City, and Natural Parks for every outdoor activity imaginable from snowboarding to star-gazing.

2. Utah has a Strong Economy and Lots of Jobs

The state’s expanding economy over the past year has made it among the states with the lowest unemployment numbers in the country. Urban centers like Salt Lake City have seen jobs notices climb for the last decade.

There’s a reason that Utah’s slogan is “Life Elevated” and it brands itself as the “Greatest Snow on Earth.” Its mean elevation is 6,100 feet above sea level. That means some of the world’s best skiing. So good, the U.S. Ski Team practices in the perfect powder of the Park City Mountain Resort.

4. The State is Music to the Ears

This comes as a surprise to many people. Utah has a really cool music scene. Bands like Imagine Dragons and Neon Trees have emerged from the state. And it has concerts in towns and cities across the state to suit anyone’s taste.

Utah has some smart people and it’s looking for more. Provo and Salt Lake City have been named as two of the most educated cities in the country. The high school graduation rate in Provo also consistently ranks as among the best anywhere.

Quality of Life in Utah

It’s no secret Utah has a large population of Mormons. What might be surprising is that it is also an extremely diverse place with new residents moving into the state from across the U.S. and around the world.

In addition, to some of the arts and cultural events that go on throughout the year, Utah also holds one the world’s biggest Holi festivals, an event sponsored by the state’s Hindu community that brings people of all faiths and backgrounds together for a celebration of color.

The Beehive State isn’t just a great spot for outdoor activities. It also offers a relaxed and family-oriented lifestyle. U.S. News and World Report named the Provo-Orem metropolitan one of the best places to raise a family. National Geographic also recognized the region for its creative jobs.

Utah’s economic outlook is promising over the next few years. It has strong employment and high demand in its real estate market, which is generating growth in the state’s construction sector.

Last year, the American Legislative Exchange Council ranked Utah number one on its list of states with the most promising economic outlook.

The report looked at 15 different factors, including tax burdens, regulations, and labor policies when determining such a rosy picture for the state. Locals say the reason for such a strong economy is that they like to keep their government small and their taxes low.

Rising home prices are expected to continue, which presents an opportunity for buyers to get into the market while it’s on an upward trend. Analysts have suggested they could rise again by more than 5% this year.

Demand for real estate is pushing new construction, particularly in communities surrounding Salt Lake City. The expanding real estate market means that many of the homes listed right now are less than 5 or 10 years. In fact, buyers looking for new homes have more than a few choices.

Thinking of Buying a Home in Utah?

It’s clear to see why Utah is attracting an increasing number of new residents every year. It has a surprising amount of diversity and an infinite amount of activities to engage just about anyone.

If you’re thinking of moving to Utah, then you’ll want to speak to a Clever Partner Agent. He or she will be able to share data about specific neighborhoods and often has inside knowledge gained from local experience. This way, you can find the neighborhood that’s right for you and your family.