Oregon’s reputation as a great place to live has been growing steadily in recent years — but does it live up to the hype? Read on to learn more about the Beaver State’s overall quality of life, economic outlook, and housing market forecast for 2019. 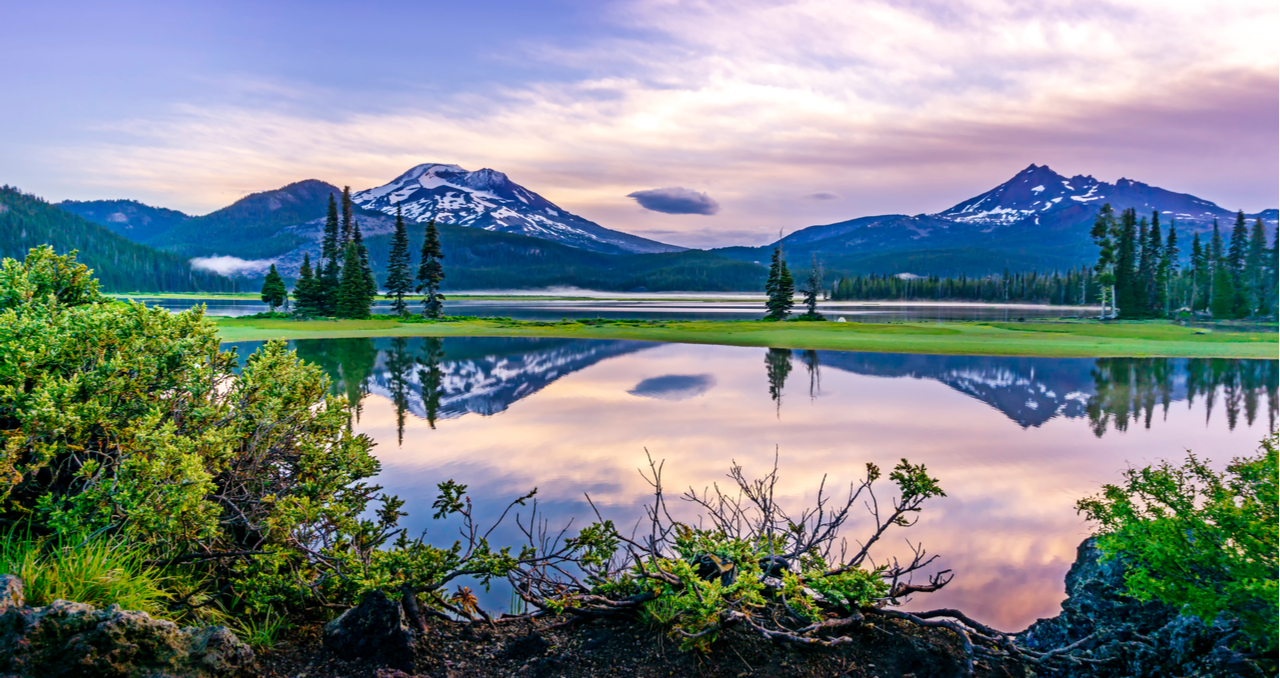 Thinking of moving to Oregon? You’re not alone. Over the past few years, Oregon has become one of the hottest states for newcomers – welcoming about 45,000 new residents a year between 2015 and 2018.

Below, we’ll outline some of the key reasons you should consider moving to the “Beaver State” — including information on its general quality of life, economic outlook, and housing market forecast for 2019. Read on to learn more!

Top 5 Reasons to Move to Oregon

1. Get Ready for Some Natural Splendor

If you’re a nature-lover, Oregon has everything. No, really, everything. There’s an ocean with amazing beaches, lakes, too many rivers to count, great biking and hiking trails, forests, and mountains. Plus, you can enjoy all of these in four distinct seasons.

Oregon has a great economic outlook. The state’s employment numbers have been booming on several fronts, and it looks like it will sustain a robust pace in the years ahead.

You pay what’s on the price tag. That’s right. There’s no sales tax in Oregon – one of only five states offering this “discount” to shoppers.

4. The Population Represents a Diverse Range of Opinions and Political Ideals

It’s a state for all sorts of political beliefs. Liberal, yes. But Conservative, too. If you’ve watched Portlandia, then you know it has population centers that lean left when it comes to politics. But there are many towns, especially in rural areas in the state’s southeast that have their fair share of red voters.

5. Oregon Is a Wine- and Beer-Lover’s Paradise

Oregon is jam-packed with amazing vineyards and craft breweries. The state has more than 30,000 jobs related to brewing companies, big and small. In fact, the beer industry pumps almost $5 billion dollars into the state’s economy. If you love wine, then there’s no shortage of locally produced products and world-class vineyards.

One of the main reasons that Oregon attracts a lot of new home buyers and residents is its quality of life.

The state has almost unlimited green space, a mild climate (not as much rain as people think), unique restaurants in small towns and big cities, thriving arts and crafts communities, and a blend of farms, wineries, quaint small towns, and innovative cities, like Portland.

Residents can participate in almost any outdoor activity under the sun. Do you love snow? Why not snowshoe on Mount Bachelor or Mount Hood? And there are more than a few new adventures for rock climbers and hikers.

Maybe you’re into watersports. The sprawling western coastline is always just a drive away. And a lake for a quick dip or some fishing isn’t ever too far, either.

Or perhaps, you just want a nice view of the Pacific during a nice day of golf. You have a few options, like the Dunes Golf Resort.

If you’re a literature and theater fan, you can’t do better than the atmosphere in the town of Ashland. That’s where you can catch the best of the Bard (and contemporary plays) at a world-class Shakespeare festival.

Many people are moving to Oregon because of the sheer number of new jobs it has been creating. According to Bizjournals, its unemployment rate hovered around 4% last year and it added 30,000 workers to the payrolls in the state.

What’s more, the state’s economy offers employment opportunities for just about anyone. Its construction industry has been booming since 2010 — increasing about 46%. It’s not showing any signs of slowing down, either.

There is also plenty of work in high-tech sectors. In fact, Oregon has its own Silicon Valley. Of course, being Oregon, they call it ‘Silicon Forest.’

These are a group of companies in and around Portland. Intel alone employs about 20,000 people and has brought in more than $40 billion in capital to the state since 1974.

Oregon is known for its strong housing market. The state’s construction workers have been trying to keep up with the demand for more housing that’s been created alongside Oregon’s strong economy.

Portland has seen some great year-over-year rises over the past few years (averaging about 5.6% last year). That’s slowed somewhat, so 2019 may be the perfect time to enter the market here.

Compare that with one of the state’s hottest real estate markets, Salem, which saw a 13.2% one-year change in median homes last year. But even here, new homebuyers aren’t being priced out of the market. The median home price is still less than $300,000.

Real estate investors and others may want to take a look at the market in and around Bend, Oregon. Demand for homes has been increasing there.

That makes it ideal for sellers looking to connect with home buyers wanting to move to an area that’s growing, but still more affordable than some of its surrounding communities. It presents a great opening to buy a home that you can watch an increase in value over the next few years.

Thinking of Purchasing a Home in Oregon?

It’s clear to see that Oregon has some of the best real estate opportunities in the country. The state offers a lifestyle fit for a wide variety of people, and its economy and need for more workers means it will continue to attract people from across the U.S. and around the world.

Homes and communities in the state range in styles and options to fit just about anyone’s taste and needs. But it’s always best to consult an experienced real estate agent if you’re considering purchasing a new home as part of your move.

They’ll know the ‘ins and outs’ of the local market, and they’ll be able to advise you about schools in the neighborhood, crime rates, the areas industry, and jobs outlook, and a host of other factors you may not even have considered.