Idaho has unspoiled beauty and pristine wilderness to go along with one of the strongest state economies in the nation, a booming job market, and a housing market posting impressive year-over-year increases. 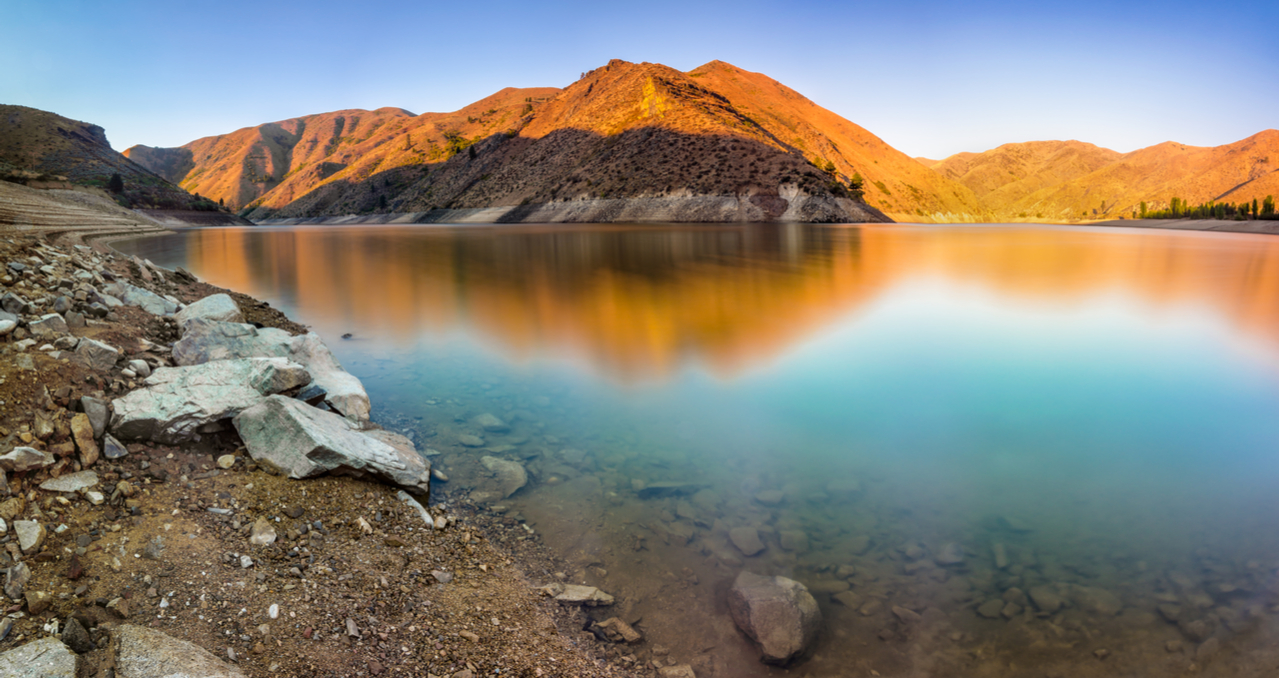 Idaho may be known for potatoes, but it's also a paradise of unspoiled nature. It has all the austere, remote beauty of Alaska — including mountains, rivers, and forests — but is only a few hours from the Pacific Northwest's major cities.

It also has an excellent educational system, with a college in almost every moderately-sized city in the state. While Boise, the capital, offers the kind of high-quality restaurants and shops you'd expect to find in Portland or Seattle.

All in all, it's the perfect combination of the great outdoors and small-town (or small-city) life.

Top 5 Reasons to Live in Idaho

Sun Valley features world-class slopes and is the training base for many Olympians. The nearby town of Ketchum has great restaurants and breweries and was once home to writer Ernest Hemingway. Schweitzer Mountain is 60 miles from the Canadian border and features the most rideable area of any mountain in Idaho.

There are 107,651 miles of rivers in Idaho, and the state's known for some of the best fishing and rafting anywhere. Trout fishermen come from all over the world to fish the forks of the Snake, Salmon, Clearwater, and Coeur d'Alene rivers, and those same rivers have long stretches of rapids cutting through picturesque forested canyons.

Workers are in such demand in Idaho that employers are raising wages and expanding benefits just to attract people. The state has one of the lowest unemployment rates in the nation, and as recently as 2017, Idaho led the country in earnings growth.

Idaho features the largest roadless wilderness in the lower 48 states, the 2.5 million-acre Frank Church-River of No Return Wilderness Area, and most of the rest of the state is covered with unspoiled, lush nature.

What, you're probably thinking, is fry sauce? It's the unofficial condiment of Idaho, a mixture of ketchup, mayonnaise, vinegar, Worcestershire sauce, and various spices. Idahoans eat it with everything, and once you've had a taste, you will too.

Quality of Life in Idaho

So if you're sick of the big city lifestyle, and are looking for some privacy and elbow room, Idaho may be the state for you. While Idaho is the 11th largest state in terms of physical size, it's only 39th in population.

Due to the low population density, most people live in single-family homes instead of multi-family buildings, and Boise (population 226,570) is the only city in Idaho with more than 100,000 inhabitants.

Idaho boasts one of the lowest costs of living in America, and is far and away from the cheapest of the Western states; though it has many of the cultural offerings of, say, nearby Seattle and Portland, the average rent is much lower, as are most other expenses.

Idaho is also a low-tax state, with a progressive income tax pegged at between 1.6 and 7.4 percent.

Economic Outlook for Idaho in 2019

Idaho's job market is very strong, and some experts have described Idaho as the top-performing state economy in the entire country. The state has an unemployment rate of only 2.7 percent, and in manufacturing alone, the average wage rose 30%between 2010 and 2017 as employers scrambled to attract workers in a tight market. Idaho consistently ranks in the top ten for states with the best outlook for future job growth.

Personal income for Idahoans has grown at about 5% a year, and is forecasted to continue to grow at that rate at least through 2021; median household income has also grown at about the same rate.

Housing Market Outlook in Idaho for 2019

The Boise Housing Market Outlook for 2019

The Boise housing market is very strong; over the past year, home values in Boise increased by an extremely healthy 18.1%. The booming state economy and low unemployment are giving investors and buyers confidence in continued prosperity, which is driving home prices and rents, too, which went up 7% in 2018. The average rent in Boise is $1,398, which is just under the national average of $1,500.

Just under 66% of housing in Boise are single-family detached homes, and the median home value is $295,000.

Next Steps for Moving to Idaho

Idaho has nearly all the advantages of living in the Western US – the mountains, the rivers, the wilderness – but at a fraction of the cost of living in Seattle or Portland, let alone San Francisco. Whether you're looking for a ski lodge near Sun Valley or a penthouse in a historic building in downtown Boise, the best way to make sure you're getting the best deal possible is to go through an experienced local real estate agent.

Clever Partner Agents are located throughout Idaho, and all of them are top performers in their markets, so there's no better guide for the local home buying process. Contact us today and we'll put you in touch!