Florida has the finest beaches in the country, one of the richest luxury markets, and a booming tourism and hospitality industry. Add in the perfect weather, the healthy job growth, and a low-tax, business-friendly environment, and it's easy to see why it's one of the top destinations in the US 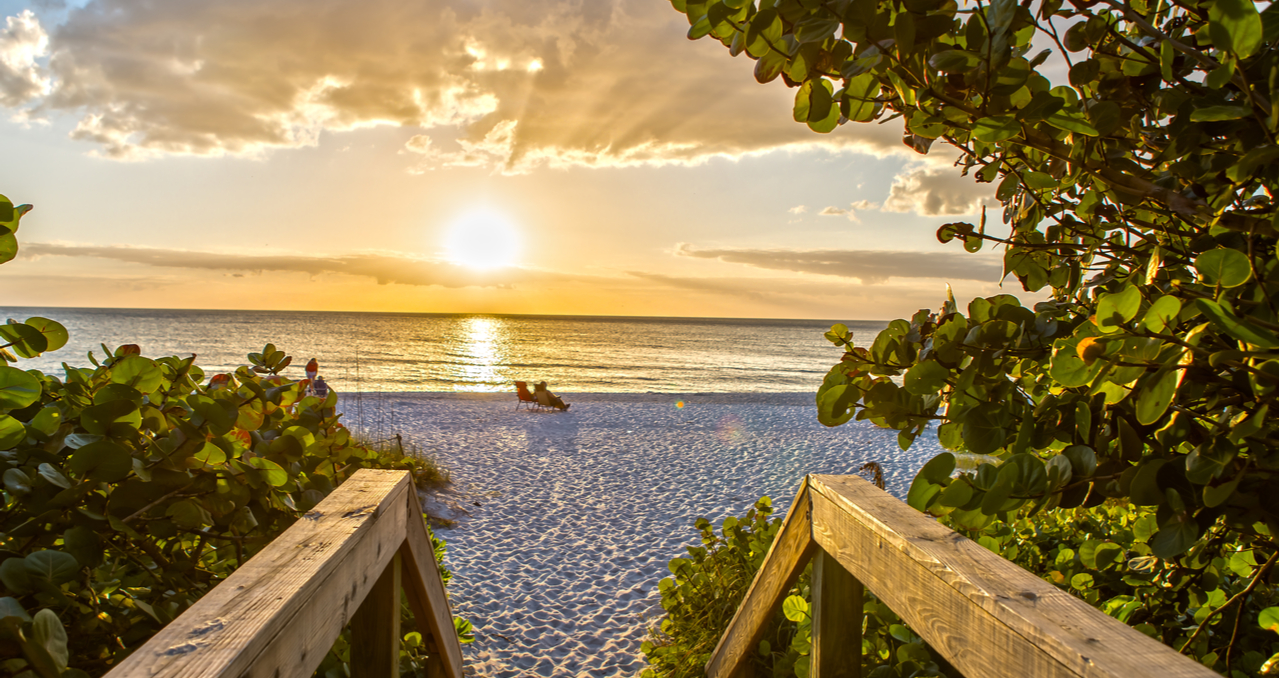 The phrase “The Sunshine State” conjures images of white sand beaches, endless orange groves, and slices of key lime pie and, truth be told, the reality of Florida isn't far off from that. The Sunshine State is consistently one of the United States' most popular tourist destinations, as well as one of the top states for retirees; when you're at the top of the list for people taking a precious week off work AND people planning their golden years, you must be doing something right. With an economy as large as some entire countries, and a diverse, vibrant population, Florida is one of the most desirable locations in the US.

Our Top Five Reasons to Move to Florida

This reason's a no-brainer. Florida has year-round sunshine, hot, sauna-like summers, and winters so mild that they barely qualify as winter to someone used to digging their car out of a snowbank three or four times a year. To people in Florida, their “winter coat” is a hooded sweatshirt.

I was going to start this reason by asking the rhetorical question, “do you like to go to the beach?” But then I realized that was a bad idea because everyone likes going to the beach. And Florida has the best beaches in the United States.

The absence of an income tax means that the part of your paycheck that gets taken out by whatever state you live in right now would stay in your pocket if you lived in sunny Florida. Florida's tax environment is so favorable that people move there for the tax advantages alone.

Florida's position as the most southernmost state has made it a melting pot of Southern, Latin and Caribbean influences. Going by food and music alone, Florida is certainly the most diverse state in the country.

You'll never be bored in Florida. Aside from the world-class beaches, the amazing food, and the tropical weather, there's also a booming hospitality and tourism industry; Walt Disney World, Universal Studios, Epcot Center, Magic Kingdom, and SeaWorld are just a few of the attractions in the Sunshine State.

The Quality of Life in Florida

There's a reason so many people go on vacations or retire to Florida: the quality of life there is exceptionally high. The cost of living in Florida is lower than the national average, which is remarkable for a populous state with such a high rate of in-migration.

The education system is ranked 7th in the nation, and the air and water are exceptionally clean; the state averages zero days per year of unhealthy air quality.

The crime rate in Florida is, however, slightly higher than the national average.

The Economic Outlook for Florida in 2019

Florida is an extremely prosperous state; its GDP of $926 billion is larger than many mid-sized countries, and it's well-run from a fiscal stability standpoint. With booming tourism, hospitality, and construction industries, the state of Florida has created 1 out of every 11 new jobs in the United States over the past five years.

The Housing Market Forecast for Florida in 2019

The story of Florida's real estate forecast is really a tale of two markets; the South Florida luxury market, and the rest of the state.

The Miami market has long been driven by speculators and, in the very high-end, foreign cash buyers. After regulatory efforts by the US government made it harder for foreign cash buyers to purchase luxury real estate in Florida (among other states), the market softened, and the rise in interest rates scared some investors away.

The housing market in the rest of Florida is also healthy. Construction is booming; in Orlando alone, over a million square feet of new dwellings were being built in 2018, and this new housing was supported by over $10 billion in infrastructure investment.

While there is a concern in some quarters about oversupply, Florida's statewide housing market is still very strong. Though the median home value, at $233,300, is only slightly higher than the national average, the state saw a stellar 6.9% increase in home values over the past year.

If you're ready for freshly-squeezed orange juice and a year-round tan, maybe it's time to think about a move to Florida? Whether you're interested in a lake house in Boca Raton, a luxury glass-and-marble condo in Miami, or a single-family home in Orlando, you'll need an experienced agent to explain the market and guide you through the home buying process.

Clever Partner Agents are all top performers in their markets and are located throughout Florida. Contact one today through our convenient online form to get the ball rolling!