Owning a beach house can be more complicated than owning an inland home — financing is more expensive, the tax burden can be higher, and flood insurance and property management add to your financial obligations. We go over some of the pros and cons of beach house ownership. 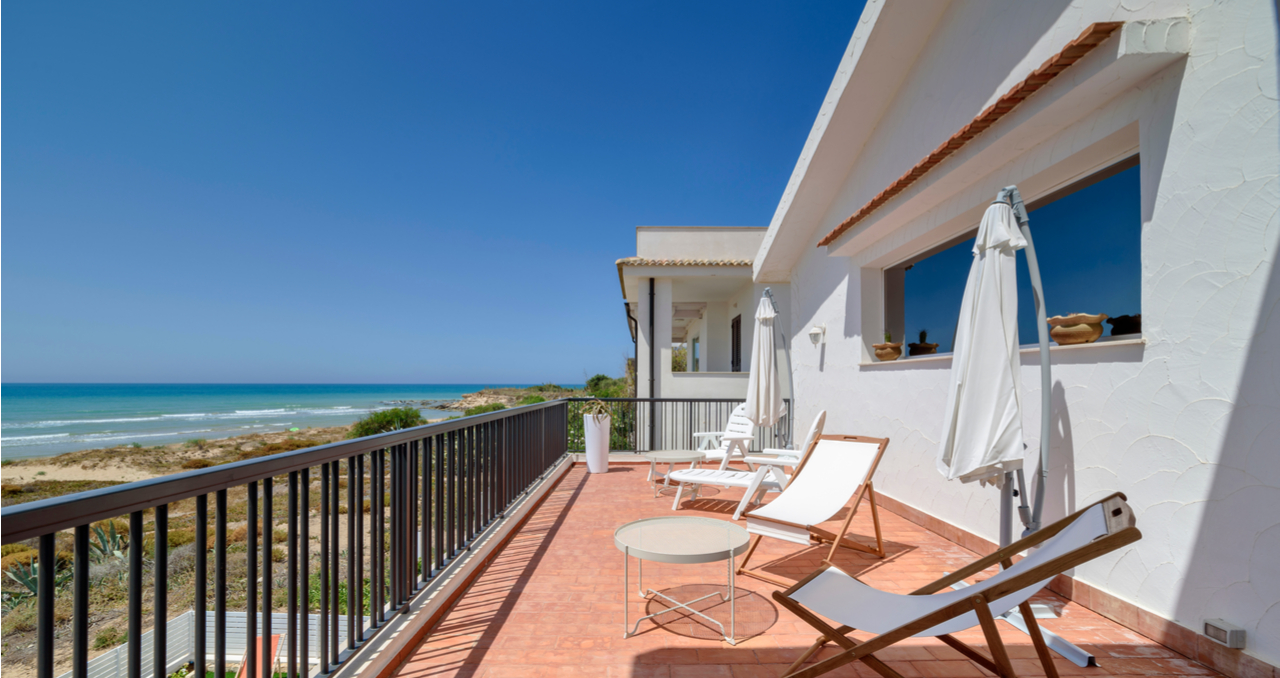 Buying a beach house sure sounds like a no-brainer. It's a house, and it's on the beach, and there's bottomless rental demand — what's not to like?

Well, all those things are true, but there are downsides that you should know about before you sign for that second home. We'll cover a few of them here.

First, the benefits. Owning a vacation home on the beach gives you access to an enviable lifestyle that's not only fun but might actually be good for you.

Recent scientific studies have suggested that just living near a body of water can increase your sense of physical health and well-being, as well as bring on a meditative state that makes you happier, calmer, and more creative. That subtle joy you feel at the beach? It's not just in your head — it's scientifically proven!

Similarly, there's a documented positive effect from breaking from your routine and going on vacation. Not only is there a positive physical benefit from your body clearing away the toxic hormonal effects of stress, taking a break from your routine can renew your focus and psychological clarity.

Owning a vacation home could open up a route to better mental health.

Now, some bad news. Buying a vacation home is going to be expensive. Home prices in coastal vacation communities are significantly higher than comparable properties inland – but that's just the beginning.

Mortgage rates are higher for vacation homes too. A 1% difference in interest rate over a 30-year mortgage translates to several hundred dollars a month, which adds up very quickly over the years.

Then there's the matter of mandatory flood insurance. As the weather, especially on the East Coast, has become more unpredictable over the last decade or so, rates for flood insurance have skyrocketed, and rates will probably continue to go up. At this point, you're looking at an annual bill in the low five figures.

Then you have to consider who's going to take care of the property. If you aren't going to devote yourself, year-round, to upkeep, maintenance, and rent collection, you're going to need a property manager.

The standard fee for a reputable property manager is between 6% and 12% of collected rents, which is a significant amount of money. And if you're renting out your property during high season, you'll need to market and advertise the place, which isn't cheap.

Finally, there's the tax burden. Vacation homes can be expensive and may sit on valuable land. Your tax bill isn't going to be small — and your rental income could be taxable, too.

Now for some more good news. There's a near-bottomless rental demand for beach houses, which means your property will likely be rented out for the entire high season.

This is such a lucrative period that the income from high season — say, October to March — is often enough for the owner to live on for the rest of the year.

Working only half the year — or, rather, letting your investment work for you for half the year — is the dream, isn't it? And your beach house could help you live that dream.

Now some more bad news. Sea levels have been rising much faster than scientists originally predicted — in some areas of the East Coast, average sea levels have risen five inches since 2011, and scientists predict that cities like Boston and New York could experience twice the global mean increase in sea levels.

Not to mention cities like Miami, which sits at such a low elevation that experts say it'll be underwater in 50 years.

So in addition to the increased risk of flooding (and the accompanying rise in flood insurance premiums), your beach house could literally be underwater within your lifetime.

Amid all this talk about return on investment and tax rates, it's easy to lose sight of the reason many people own vacation homes: not just for their own enjoyment, but also as properties to pass onto the next generation.

We don't necessarily know what the future is going to bring, but we do know that today, there's no better place to create cherished family memories than a house on the beach, and that's really not something you can put a price on.

Just make sure that when you’re ready to buy that cherished family vacation home, you consult a professional. Clever Partner Agents are top performers in their markets, and can guide you through every step of the process!