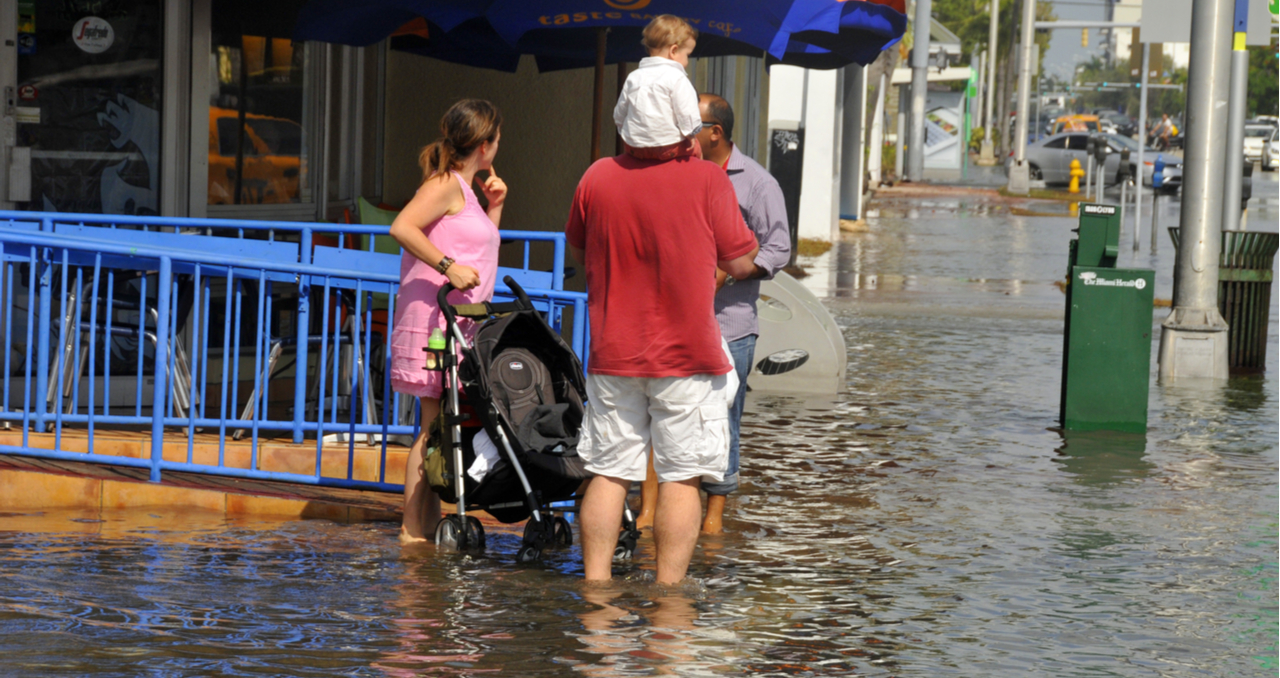 So, you’re thinking about buying a home in a flood zone? How many people have tried to talk you out of it? Don’t worry, we won’t be one of them. A home in a flood zone isn’t necessarily a deal breaker, but there are some things you’ll want to consider that make the process a bit different than buying a traditional home.

Should you buy a home in a flood zone?

Learn the pros and cons and work with an expert Partner Agent.

Let’s DTF — define the terms. The Federal Emergency Management Agency (FEMA) is the agency that makes all the rules when it comes to flood zones. A special flood hazard area (SFHA) is an area that has a 1% annual chance of flooding — also known as the 100-year flood zone. Now don’t get too excited here — just because it flooded last year does not mean you’re guaranteed another 99 years without a flooding event. It’s simply a (horribly misleading) probability percentage. Actually, in these high-risk areas, there is at least a 25% chance you will experience a flood in the next 30 years.

Moderate flood hazard areas are those that lie between the SFHA and the area that has a 0.2% annual chance of flooding, or 500-year flood zone. Areas of minimal flood hazard are outside both these areas but still have potential for flooding. Make sure you research how FEMA categorizes the home you’re looking at purchasing — it can make a difference big time!

Now, just because your home is not designated in a flood zone, doesn’t mean a flooding event can’t happen and send your house floating down the street like Noah’s ark. In fact, 20% of flood claims each year come from areas that are low risk.

This is due partly because flooding is so unpredictable — it can be caused by thawing snow, busted pipes, tornadoes, hurricanes (this is a big one), construction issues, blocked storm drains, or flash floods. Don’t think that just because your home isn’t located near a body of water that you’re immune from flood damage.

Always, always, always get a quote from your insurance agent for flood insurance for the specific home you’re looking at prior to agreeing to the purchase. This doesn’t mean you can’t put an offer in, but before you sign the final paperwork, make sure you know what the price tag of flood insurance will be. You’re going to be paying it for the life of your mortgage, after all.

Homeowners insurance is great, but it doesn’t cover everything. Flood insurance is typically an add-on to your homeowners insurance policy and additional yearly premiums average $700. Keep in mind this fluctuates greatly based on whether you’re in a high-risk or a low-risk area and certain specifics about the policy. A high-risk zone could cost as much as $6,000 extra per year. Did we mention to ALWAYS get an insurance quote before putting the sold sign in the yard?

You May Be Required to Have It

If you don’t have hundreds of thousands of dollars in cash to throw down on a new home, good news — you’re an average American. Bad news? You’re probably going to take out a mortgage and that lender isn’t going to be so thrilled that you’re looking at buying a home located in a flood zone. After all, they own a portion (likely most) of the home as well and have a lot to lose.

But, since lenders are smart, they’ve found a way to manage that risk — and that’s by requiring you to carry flood insurance on the home before they’ll lend you the money to buy it.

Other Ways To Reduce Risk

Aside from insurance, there are steps you can take to help reduce damage in the case of a flooding event. You can make sure the furnace, water heater, and electrical panels are elevated from the floor to protect them. You’ll also want to be super on-the-ball with keeping your gutters and storm drains cleared. You can even install check valves that prevent flood water from backing into your drains.

If you’re considering purchasing a house in a flood zone, you’ll need to experts on your team — a good insurance agent and an even better real estate agent. An experienced, local real estate agent knows the value of a home sitting in a flood zone in the area and has the knowledge to create an accurate and competitive offer without overpaying. On average, if two homes are exactly the same, you should pay less for the one in the flood zone.

In addition to helping you decide if buying a home in a flood zone is a good decision for your situation, Clever Partner Agents may also be able to help you uncover additional cost-savings opportunities. Plus, you’re eligible for a $1,000buyer’s rebate on any home you purchase for more than $150,000.