Philadelphia, Pennsylvania is rich in history, diversity and plenty of entertainment. If you’re interested in buying a home there, here are five neighborhoods you’ll want to be sure to take a look at. In Philly, there’s a little something for everyone. 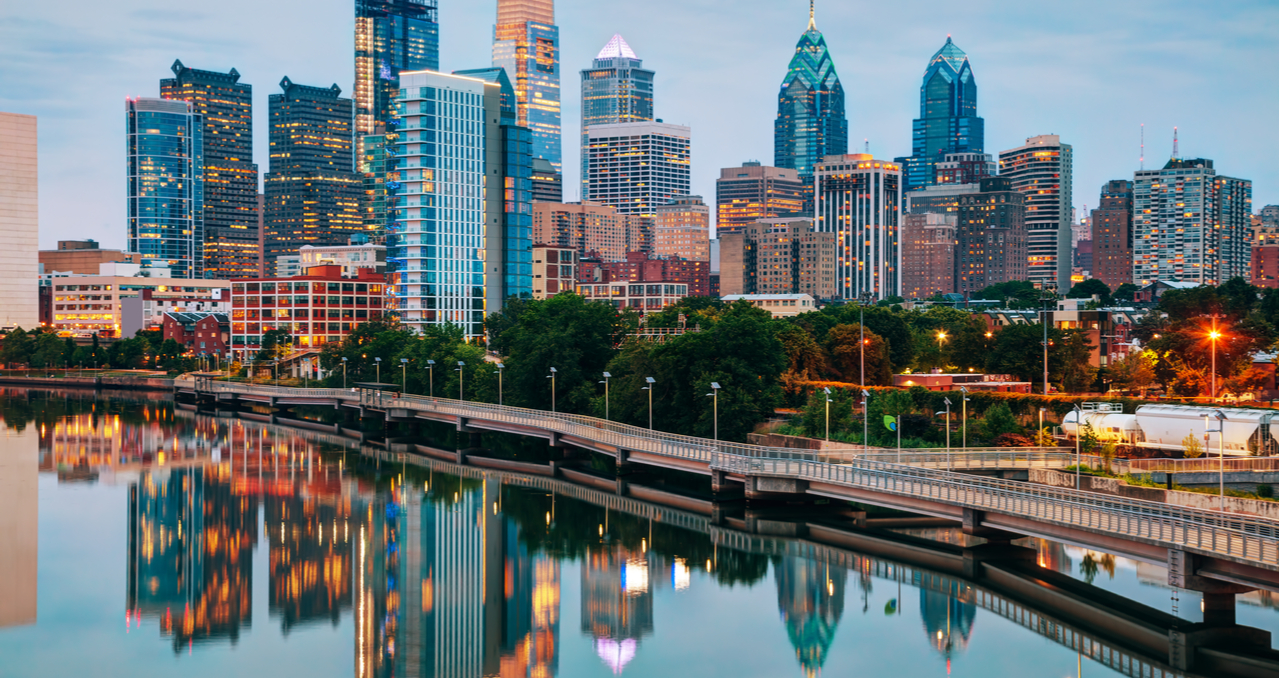 The City of Brotherly Love — Philadelphia, Pennsylvania is one of the most iconic historical cities in the U.S. Famous as the birthplace of life, liberty and the pursuit of happiness, it offers plenty of national historic sites, delicious food, sports galore, and there is always something to do. Here are some of the best neighborhoods to live in 2019.

If you’re looking for charm, low crime, and great public schools, look no further than Chestnut Hill, also referred to as “The Hill.” The neighborhood runs from the Montgomery County line to Cresheim Valley Road and has long been one of the more affluent areas of Philly. It has the best of both worlds — close enough to downtown to enjoy the big city life when you want to, but far enough away to enjoy a small-town, safe feel.

Nicknamed “the Garden District,” Chestnut Hill has a plethora of museums, parks and theaters and nationally-known private schools like Chestnut Hill Academy and Springside, along with a great public school system (John J. Jenks School for K-8).

The neighborhood’s only real downside besides cost is that it score relatively low on walkability. However, it’s safety and close access to other forms of transit more than make up for it. Plus, you may be one of the 15% of people in the neighborhood that work from home.

In West Philadelphia and the epicenter of six institutions of higher learning sits the aptly-named University City neighborhood. Surrounded by Ivy League University of Pennsylvania, Drexel University, the University of the Sciences, Lincoln University’s Urban Center and the Restaurant School of Walnut Hill College, University City has its fair share of art, culture and clubs. If you love excitement and fun and want to stay young, this is definitely the Philly neighborhood for you.

45,000 students live in the area, along with school faculty and staff from the nearby Children’s Hospital of Philadelphia. Community gardens are abundant, as are what you would expect in a college town — plenty of diverse food, green spaces and quick access to the rest of the city via bus and trolley lines.

University City’s boundaries are 29th Street west to 50th Street and Civic Center Boulevard to Spring Garden Street. Since University City is a growing neighborhood, median home prices in the area have matched this trend. The median price is $289,000, a 28% increase year over year.

Looking to live the fun, quirky, hipster life? Look no further than Fishtown, which is Philadelphia’s equivalent to Brooklyn’s Bushwick area. Fishtown was once home to loads of fisherman (hence the name), and is just a 20-minute subway ride from the heart of Philly. The area boasts of a lively music scene, intriguing art and a whole lot of fun restaurants.

Because of its history of blue collar workers, walkability in Fishtown is about as good as you could ask for. The former industrial hub has transformed its former warehouses into hipster hangouts and is a safe, fun place to life. Plus, the ambiance and charm of row houses is something special.

The neighborhood is triangular in shape and boundary streets are Frankford and East Girard avenues, as well as East Norris Street. It is located just northwest of Interstate 95 and the Delaware River. Living the Fishtown life does come at a steep price — median real estate price in the area is $288,500, according to Zillow. But, if you’re looking to buy in the area, get in now. Values are expected to increase by a whopping 5.8% over the next year so you’ll want to capitalize on that appreciation.

Old City spans from Vine Street to Walnut Street and Front Street to Seventh Street. It was the first part of Philadelphia to be settled and its name reflects this history. Old City is home to the famous Liberty Bell and Independence Hall and you’ll walk the same streets Ben Franklin, George Washington, and Thomas Jefferson did so many years ago.

You can find plenty of lofts and condos — many rehabbed but with their original charm. Similar to the Chestnut Hill neighborhood, Old City homes have a huge range in value — you can find home ranging from $185,000 to $2.4 million. Median home value is $338,300 and the market has cooled a bit so look for this number to stay pretty stagnant over the next year.

Old City is undoubtedly the place to be for history buffs and those into the arts. It is full of theaters, galleries and very active nightlife. Plus, you can walk just about anywhere and is the heart of the city without the concrete jungle of Center City. Family friendly and right along the Delaware River, Old City enjoys low levels of poverty and its residents move frequently, meaning you’ll be surrounded by lots of diversity.

Hilly Manayunk is fondly known by its residents as a college town without a college, but also a great place to raise a family. Manayunk is home to young professionals, young families and hundreds of college students. With this younger demographic comes lots of entrepreneurship and small businesses. The neighborhood is close to six of Philadelphia’s largest colleges and universities, just a few miles from City Hall, and a short 20-minute train ride or drive from the center of the city.

New construction is typically rental properties and home values have declined about 1% over the last year according to Zillow. But, this means median home values are a bit lower than most other Philly neighborhoods at $224,600 and are expected to rise a bit in 2019. Prices currently range from $123,000 to $510,000.

Main Street in the Manayunk neighborhood showcases more than 30 restaurants, and plenty of bars, clubs, cafes, and coffee shops, as well as galleries and boutiques. If you’re looking for trendy family life, you’ll find it in Manayunk.

If you’re looking at relocating to the Philadelphia area, get in touch with Clever to be connected with a top-rated local agent for guidance and support throughout the home buying process, especially if you’re a first time home buyer. Clever Partner Agents are also able to offer on-demand showings — sometimes in less than an hour — so you know you won’t miss out on a good opportunity. Plus, you’re eligible for a $1,000 buyer’s rebate on any home you purchase for more than $150,000.