Long Island’s real estate market is reaching highs it has not seen in years. But it’s also a huge area. So, how do home buyers determine where they should buy? Here’s our guide to the best neighborhoods in Long Island. 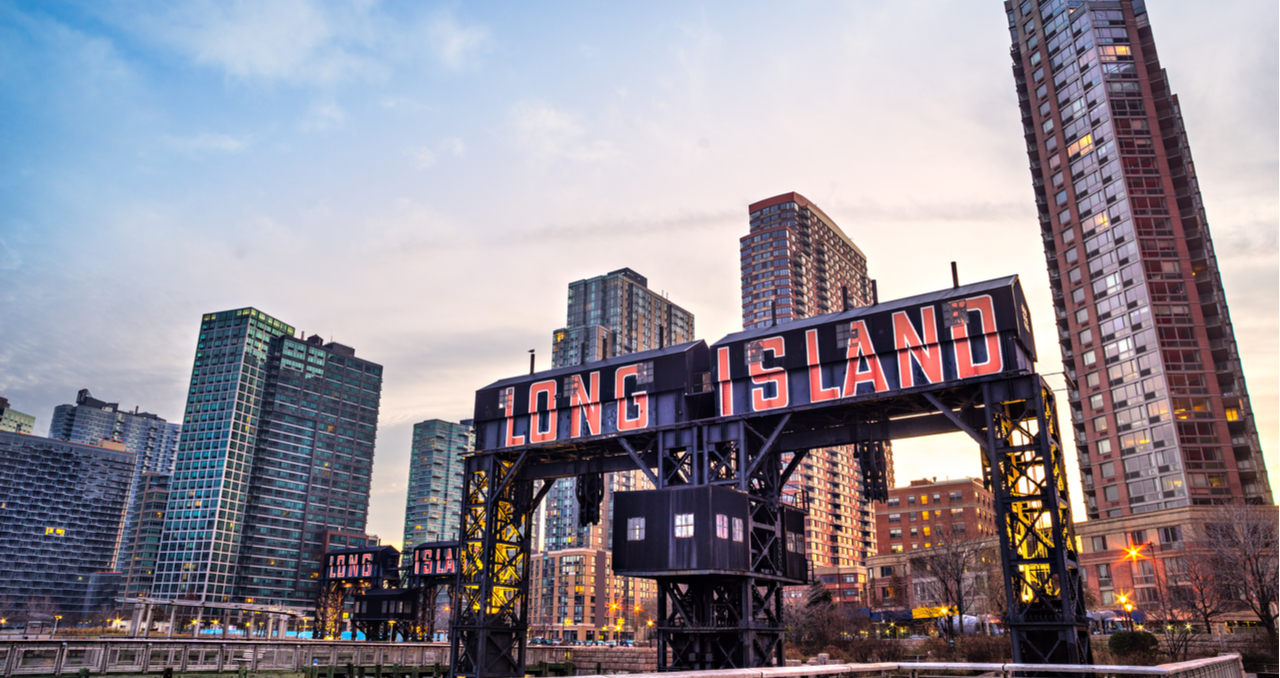 Long Island’s real estate market is red hot. Its median home value has been shooting up over the past few years, climbing by more than 5% between 2017 and 2018. That growth doesn’t look like it will stop anytime soon.

In May 2019, the Long Island Business News noted that its low unemployment, low crime rate, and infrastructure improvements were pushing the economy upward and making the area’s already excellent standard of living even better.

The good news for the local economy is boosted by a demand for jobs in the region, making Long Island residents the second-highest wage earners in the state. All of these factors are also behind its recent real estate boom.

The rising prices are pushing more new home buyers into the housing market, which varies significantly across Long Island, which is bigger than in some states. In fact, it’s more than 200 square kilometers bigger than Rhode Island.

Long Island is composed of two counties, Nassau and Suffolk, and the choices for buyers just begin there. It has two big cities and 13 towns. If that’s not enough choice, buyers who want to live in smaller neighborhoods can also decide between more than 200 villages and hamlets.

It’s easy to become confused by this massive real estate market. A local realtor can help you navigate the various communities and neighborhoods so that you can find your dream home quickly (and within your budget).

Here’s your guide to the best neighborhoods in Long Island.

Long Beach saw its real estate median home values shoot up by 9% between 2017 and 2018 and sales don’t appear to be slowing down this year. This is one of the safest real estate markets in the state.

The median home price of homes listed in spring 2019 hovered at $579,000. What’s driving home sales? For one thing, Long Beach offers listings with coastal views, something many New Yorkers want. As one realtor told the New York Times, “People want oceanfront, and they’ll pay anything to get it.”

Tourists and homebuyers have been rushing to Long Beach since the 1800s. They followed oyster scoopers known as the area’s “baymen.” Long Island has changed a lot since then and now has shops and restaurants to suit any taste.

The city’s boardwalk is lined with apartments and condo units. It has a metropolitan lifestyle with cozy neighborhoods with a real small-town feel. For example, you can shop for crafts along West Beech Street in the city’s West end during the day. But once the sun goes down, the same street becomes a strip for thriving nightlife.

Holtsville Hal may not be as famous as his cousin Punxsutawney Phil in Pennsylvania, but he’s helped put his Long Island town on the map. The beaver is one of New York’s most famous weather forecasters, predicting an early spring this year.

He’s not the only reason that people are flocking to this town. This little hamlet started out as just a cluster of farmhouses in the 18th century. It has grown since then. Its population is now around 20,000 people, but it still attracts people looking for a more relaxed and less urban lifestyle.

This is also a relatively affordable community. The median home value is $373,000. It’s a safe investment. Home values have been increasing over the past few years. Last year, the median home value in Holtsville jumped by 8.3% from the previous year. It’s expected to rise by at least 6% this year.

Stony Brook is in what’s called the “Three Village” area on the northern shore of Long Island. Technically, it’s a hamlet in the town of Brookhaven, and it is also one of the most picturesque spots in the state.

It was inspired by colonial Williamsburg and was one of the first planned shopping centers in the U.S. in the 1940s. It has a small but diverse population (just under 15,000). It’s the home to a major university, which helps drive the local economy. (The university brings in $4.6 billion dollars into Long Island.)

Stony Brook is also a very hot real estate market right now. The median home values are $453,100 and the housing sector growth rate is expected to double this year over 2018. This little hamlet presents a good opportunity for investors. The area is a big draw for tourists and the median property rent is more than $2,300.

This city in Nassau County is under a major development boom. It has a $1 billion waterfront development project under construction and a new village square project that’s creating more housing units near its downtown core. It’s also bringing in new residents looking for jobs in a safe community with excellent schools.

Glen Cove also has great neighborhoods for seniors and was named by the AARP as an age-friendly community. The town boasts a number of programs that link youth with the city’s elderly in an effort to foster community bonds. This is a family-friendly city that promotes festivals and recreational activities throughout the year.

House Hunt with a Professional Realtor

Clever Partner Agents can help you find a neighborhood that fits your family’s lifestyle and financial situation. Our Partner Agents are full service. They can also save you money when you Buy with Clever. Qualifying buyers receive 0.5% of the purchase price back after closing on homes over $150,000.

Clever partners with top real estate agents from major companies like Keller Williams, Century 21, and RE/MAX. Clever Partner Agents can point you to government grants and cost-saving opportunities so that you can buy your ideal home sooner.